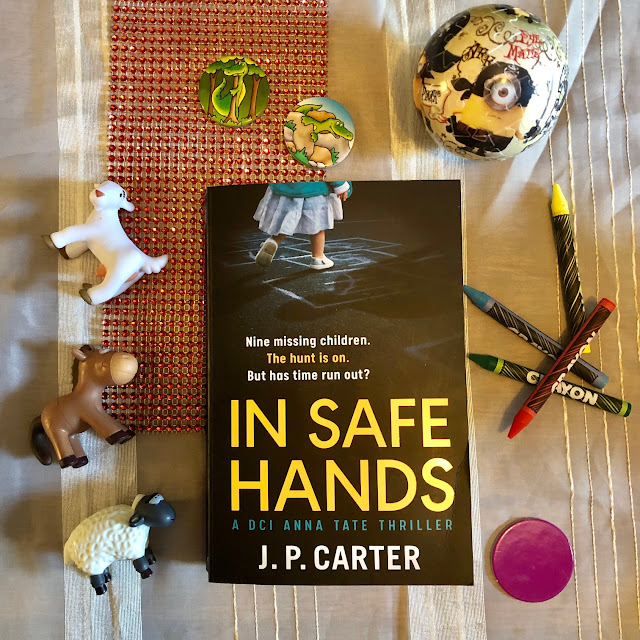 In Safe Hands is the first book in a gripping new crime series by J.P.Carter.
J.P.Carter is the pseudonym of a bestselling author who has also written sixteen books under the names Jaime and James Raven.

I was lucky to win this book earlier this month. Actually it was a friend who tagged me on Twitter, and we both have won a copy from Avon Books (Thank you, Leila!).

Nine little children are squealing and laughing, playing in the nursery. Their young teacher is trying to get them together for the story time. Everything seems normal.
And then in the blink of an eye the joyous innocent morning turns into a nightmare.

Children and nursery staff are separated. Nine kids are being kidnapped by the ruthless gang, while the staff are locked away, with one member of the nursery staff being brutally beaten up for daring to stand up to the kidnappers. The police is alerted soon enough.

Distressed parents are left in agony, not knowing what's happened and whether they would see their children again.
One of the kidnapped children has cystic fibrosis, and needs his medication to stay alive.

"This was a high-impact crime which was going to appall the nation and present MIT with its toughest ever challenge".

The gang has carefully planned the crime and executed it with shocking precision. The kidnappers demand a ransom and threaten to start killing children, if the ransom is not paid in time.

DCI Anna Tate has to uncover the truth before time runs out.
For Anna this case is particularly poignant, as her own daughter Chloe was abducted 10 years earlier by her ex. Her backstory and glimpses into her past help you understand Anna's strength and vulnerability, her compassion and understanding of what parents are going through.
Anna is an appealing and believable character.

Menacing and compelling, it is a gritty fast paced thriller. I have guessed the culprit's identity early on in the book as there were clues, but was hoping I was wrong. Without giving any spoilers, the culprit is a villain on all sides, including their personal life.

You will have your heart in your mouth, as the disturbing story progresses. I read the book in a couple of days, I was hooked, hoping that children would be rescued in time.

Some readers might find it very distressing to read the pages related to abducted children. It is a tough read.

The scenario sounds quite plausible. And the moral dilemma is real too - do you pay the ransom and open the door to copycat crimes against the vulnerable children in nurseries and schools, or try to negotiate and risk the lives of children. Even paying the ransom is not a guarantee that the victims of kidnapping will be safely released.

The first book ends on a cliffhanger (related to Anna's personal story), and I can't wait to read the second book in this crime series - At Your Door - which is out in August 2019. 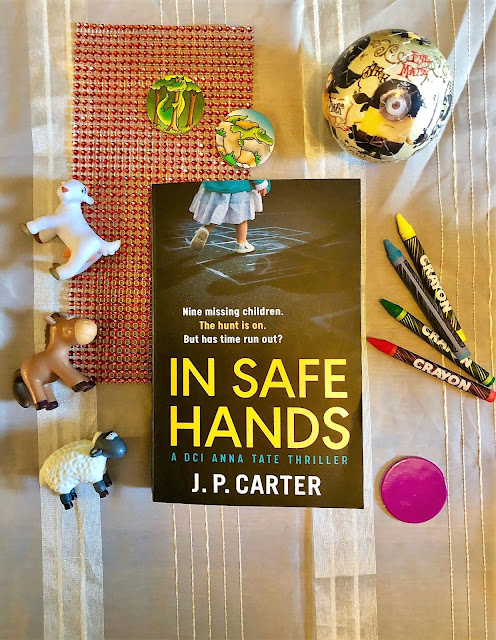