Last week was all about music and flowers. I love this time of the year, as first spring flowers are among my most favourite sights.
On Sunday we went to see Lego Movie 2. As I expected, I was bored to death. It's almost two hours long, with plenty of very loud inane music. The actual Lego creations are pretty amazing, but the plot is laughable. Even Eddie wasn't much impressed with it, and he loved the 1st film and the other Lego films. I've read one of the critics said about the film that watching it was as painful as stepping on a Lego brick. I agree with him. Oh the sacrifices we have to make as parents! 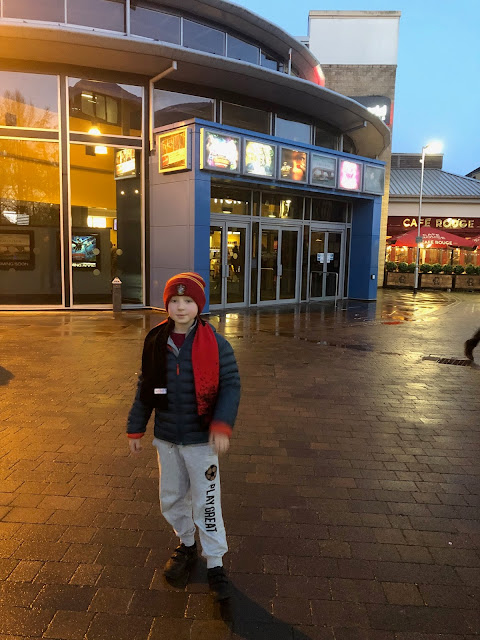 On Monday I had yet another abysmal visit to the dentist. What was supposed to be the final step of the root canal treatment turned out to be a bit of a nightmare, as the dentist managed to break my tooth. I was pretty upset by it all. I had to endure 4 visits of drilling and injections, only to have the tooth broken. Now he's off on his holidays, and I'll have to wait for 3 weeks to have it all mended.

In the evening Eddie was rehearsing the violin lesson to get ready for a concert later in the week. 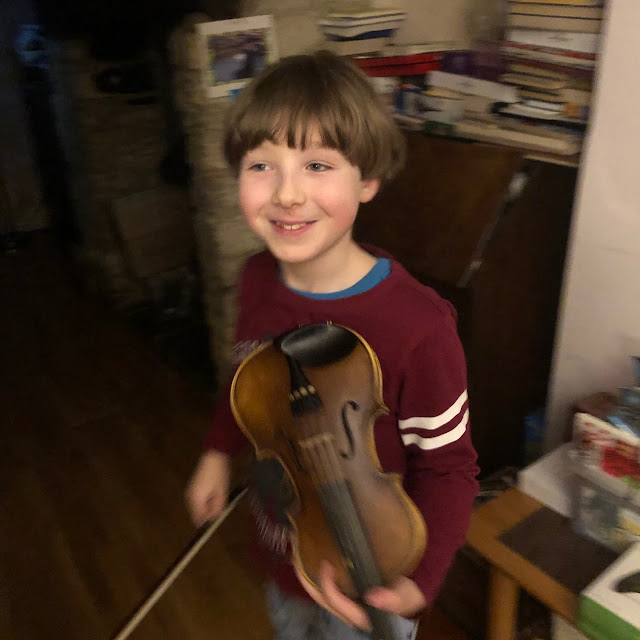 Tuesday was a beautiful sunny day, and the crocuses along the path through the garden were all open up. 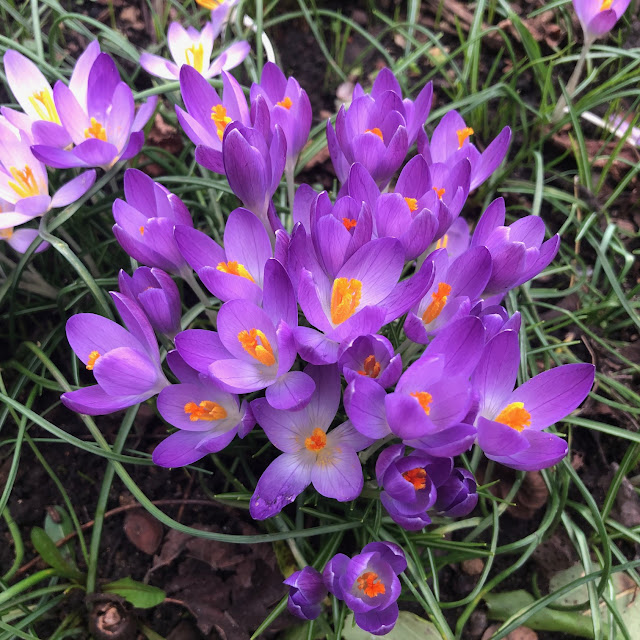 And the snowdrops are also taking over, they truly gladden my heart. 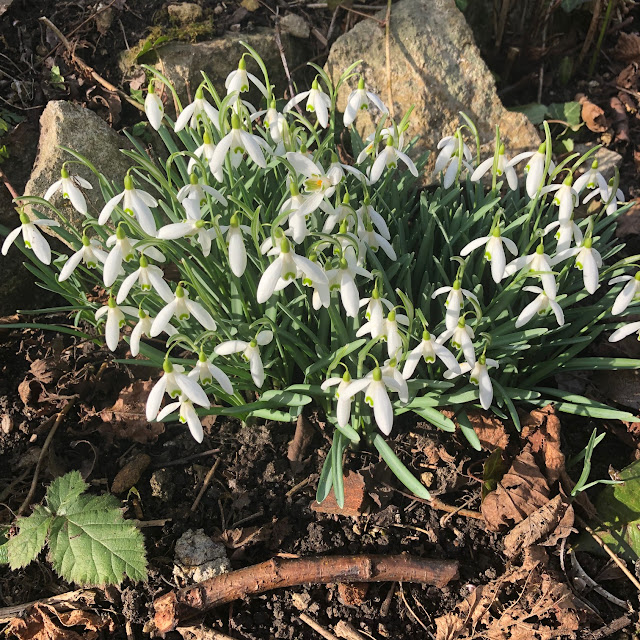 Eddie's class has been taking violin lessons since September. On Thursday they showed parents what they've learnt so far. This is a free music programme taught in many Oxfordshire schools (220 out of 270). The kids were given a violin each to take home, and at the end of this half term they were offered a chance to keep taking lessons, only now as paid-for.
I would like Eddie to keep playing, but so far he has not shown much enthusiasm.
The children did very well at the concert. I didn't expect much, but was pleasantly surprised at how attentive they were, and concentrated on the music. 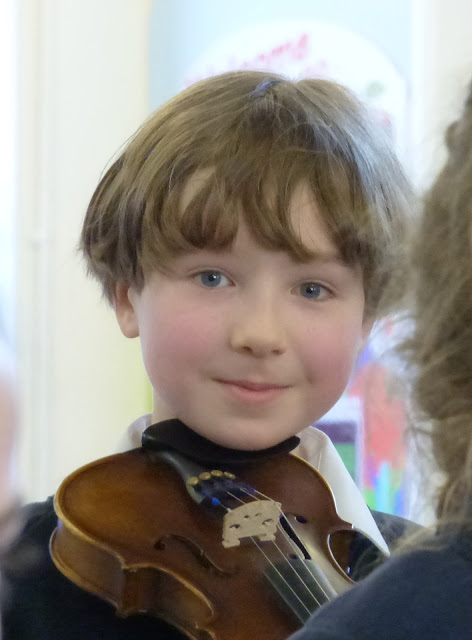 Friday morning was rather frosty. This is the photo of the sunrise in the flood fields, on the way to school. 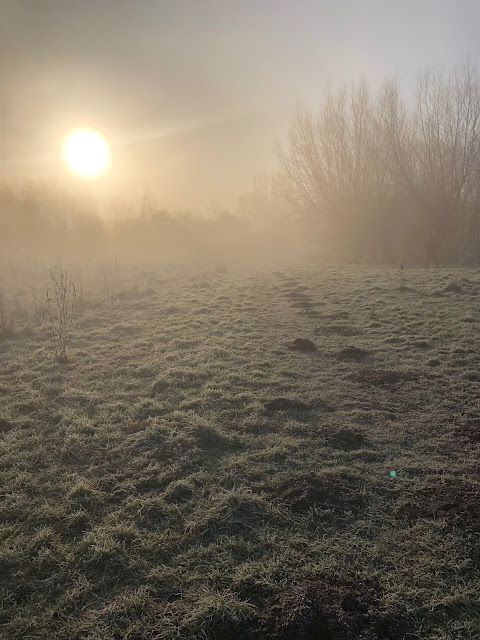 An orchid in the kitchen started blooming. Apologies for yet another flower photo, but it was either that, or a Costa snap.
We did the usual round of shops today with Eddie, took book no.4 from The Raven Mysteries in the library, which we reserved last week, visited the Game store to look at Pokemon cards, and soon will be reading How to train your dragon (no.2) before bedtime. 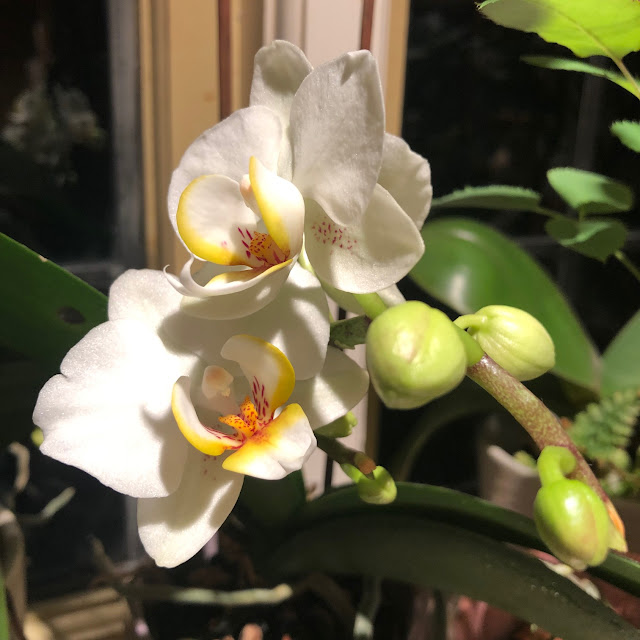