Last week will go down in our history as the Snowmageddon. For me, a child of snowy Russia, it is strange that life stops here, with even a relatively small amount of snow. I know all the "buts" and all excuses as to why the UK is never prepared for an emergency like snow, but it doesn't make much sense.
When I was a child, we were expected to go to school even at -27C. If this low temperature was accompanied by a strong wind, you were allowed to stay at home, but then everyone was outside, playing in the snow.
I can't comprehend why it's impossible to have a small fleet of snowploughs and gritters somewhere in the hangars, exactly for these situations. Surely closing down schools, shops, businesses is more costly than keeping snow-clearing vehicles.

But back to our week.
On Sunday I wasted spent a lot of time, helping my husband with filming a video for his campaign, and didn't take any photos. But on Monday I took a lot, so I'm slightly cheating and posting two Monday photos in the photo diary.
This week I had my big round birthday. We went out for dinner on Monday, rather than on my actual birthday, because Sash was staying overnight in his respite centre.
Eddie and I went to Oxford, where we met with my husband and we had dinner at The Alchemist with our close friends. Read all about it in my post on The Alchemist, Oxford.

While waiting for the bus to Oxford, Eddie and I discussed the issue about which idiot decided that putting benches like that at the bus stop was a good idea. I presume it is to prevent the unfortunates to sleep on benches. But all they did is prevented everyone else from sitting on them. These are the most pointless benches. 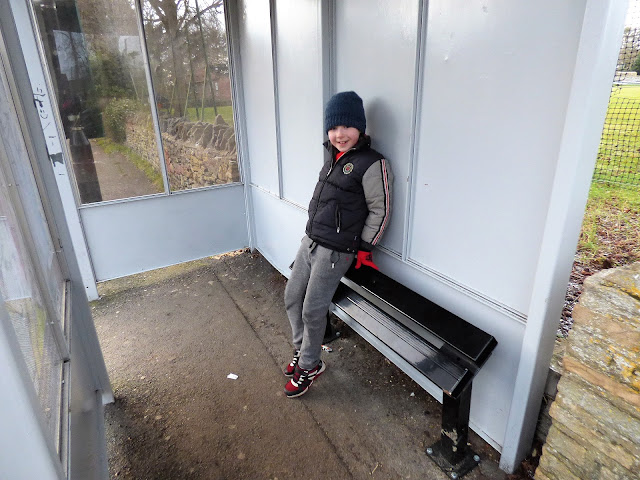 This is one of a few photos of Eddie and me at The Alchemist. It was dark inside. 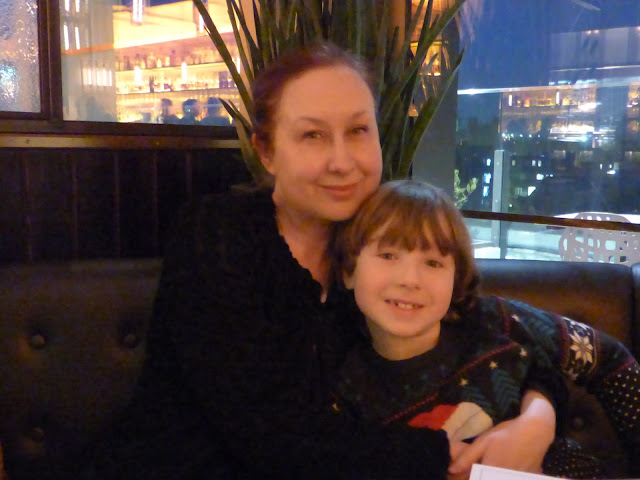 On Tuesday I inspected the garden, which was covered with a thin layer of snow. It was strange to see crocuses, snowdrops and hellebore in the snow. 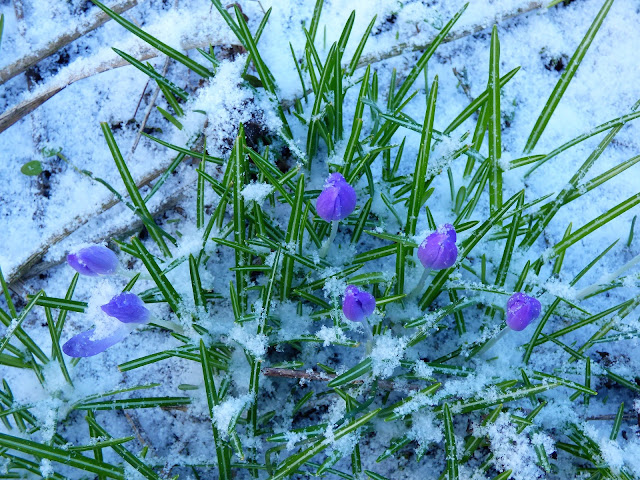 More cold and snow on Wednesday, but the schools were open. I worked on Eddie's outfit for the next day's World Book Day. He wanted to go to school dressed up as Greg Heffley from Diary of a Wimpy Kid. I made a tshirt for him, drawing pictures on both sides with a fabric pen. He was very pleased with his outfit. I also made a mask for him. 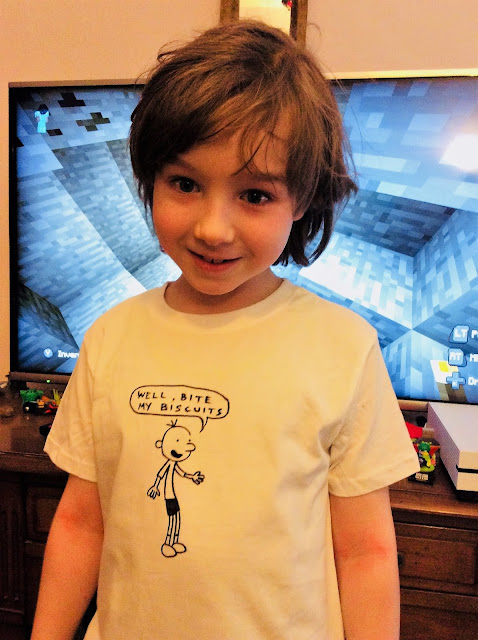 The snow level was increasing, and both schools requested that kids should be taken home early. Eddie was happy to play with his LEGO toys by the window. 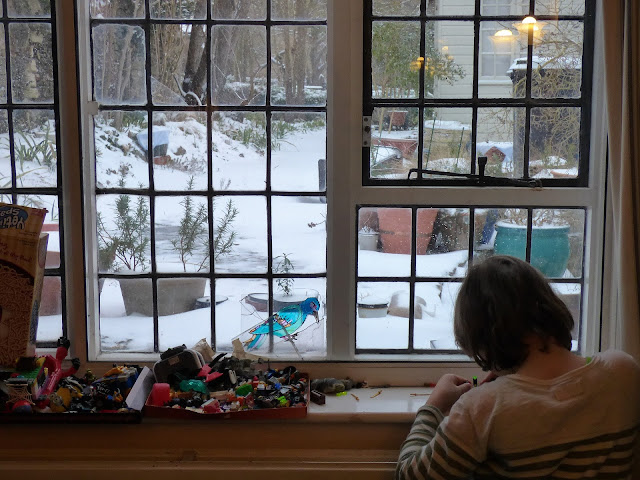 No School on Friday, yippee, very happy boy here. He made snow angels in the garden, and we looked at all the snow trails left by birds and some mystery creatures, which we couldn't quite figure out. 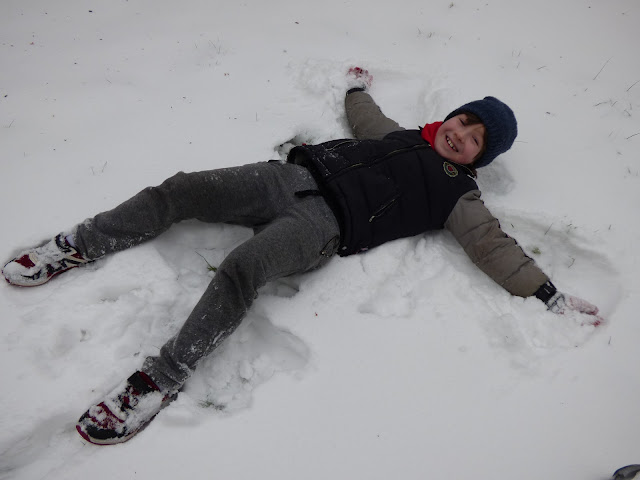 We decided to brave the wet snow today, as we needed to do grocery shopping. Stopped by at Gregg's but they didn't have any deliveries today, so no sausage rolls for us. We went to Costa next door.
I had a latte and a slice of banana bread, while Eddie wanted a chocolate cornflake nest. 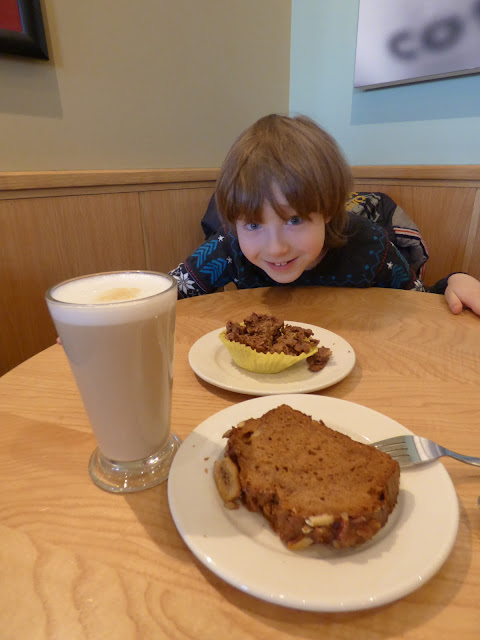 How was your week? Were you snowed under?