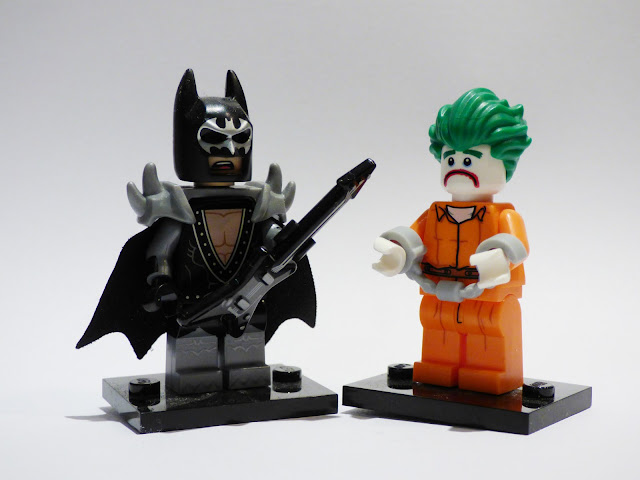 The Lego Batman Movie is the latest superhero animation, directed by Chris Mckay and written by Seth Grahame-Smith.
Ever since we've seen the trailer months ago, Eddie begged me to take him to see The Lego Batman Movie. I could think of better ways of spending over two hours (ads + film), so went under duress.
I cannot say that the cinema hall was packed full, but it was a respectable 2/3. Usually when we go to the cinema with Eddie, more than two thirds of seats are left empty. Not surprising, as the prices are exorbitant - almost £19 for two of us.
I was one of a few women, as most of the kids were accompanied by Dads who guffawed through the film with great enthusiasm.

As much as I love Lego toys, I am not very keen on Lego films. The Lego Movie left me indifferent. But Eddie loves them all, he is happy to watch Lego Ninjago and Lego Nexo Knights for hours. The original plan was for my husband to take Eddie to see Batman, but he has not been well this weekend (conveniently, I should add), so it was my good luck.

When the film started, my eyes were beginning to glaze over. But it proved to be better than I expected. I even laughed a few times. As for Eddie, he was in Lego paradise.

The Lego Batman Movie is quite funny, though I suspect many jokes were lost on the younger audience. There are a lot of in-jokes, with references to the old Batman movies and TV shows. Add bits of psychoanalysis in regards to Batman's commitment-phobia as well as making fun of "You had me at Hello" scene, and it becomes an animation for grown-ups.
There are lots of villains and monsters, but thankfully, very little gore, since everything is made of Lego bricks.
You can almost feel the glee of Lego company. I would imagine the merchandise and tie-in Lego sets will bring them multi-million profits. Even we succumbed already and bought a Lego joker set, plus almost the whole set of the latest Lego mini-figures. 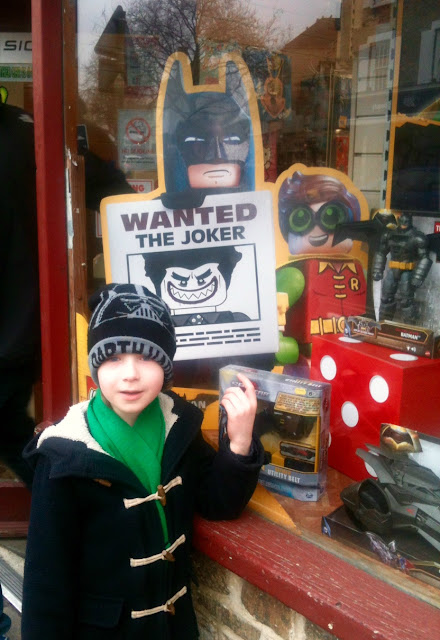 The Lego Batman Movie is darker than The Lego Movie. There is plenty of destruction and dark forces galore. Of course, they look mostly cute and harmless.

Batman (Will Arnett) is Gotham's superhero, saviour with a husky sexy voice who enjoys all the worship, and wants it to stay that way forever. When Barbara Gordon (Rosario Dawson) succeeds her father as a commissioner, she comes with a power-point presentation suggesting that Batman's ways of dealing with villains are dated, and there is no more place for all the vigilante nonsense. Everything has to be according to law.
Joker (Zach Galifianakis) is offended by Batman's attitude - because Batman refuses to name him as his main enemy. He even doesn't want to say "I hate you". There follow a lot of good one-liners like "I'm fighting a few different people, I like to fight around". Joker hatches a plan to take over Gotham and humiliate Batman, by surrendering himself and his cronies to the new commissioner.
Batman feels slighted, and decides to break into Arkham Asylum to steal the Phantom Zone projector to send the Joker and his mates to the Phantom Zone.
The villains' list covers all the famous baddies - from Joker to Dracula, from Gremlins to Daleks, from Lord Voldemort to New Goblin... You will find Godzilla, Sauron, The Matrix's agent Smith, Venom, Sandman, Harley Quinn, Poison Ivy, Catwoman, Clayface, Kind King, Scarecrow, the wicked witch and many more. It was nice to see so many badass female characters.
Will Batman be able to manage on his own? Or does he have to conquer his fears and accept he is better off, working as a team with Robin, Barbara and Alfred the butler?

Kids like my son, would enjoy numerous "butt" jokes, and Robin going out without pants. Grown-ups will relish the jokey references to the old films and shows.
This is a very fast-paced film, visually creative, colourful and amusing, and of course, this is a huge hour and forty minutes-long Lego ad.
If you are a Lego fan, you will love the way the Lego Gotham city is created, as  well as Batman's home Batcave.

To celebrate the release of The Lego Batman Movie, a new fun animation-related content has been created - The Super SigFig Creator. Using the website, you can create your very own Lego character, with its own name, skills and features.


Have fun, trying all the different combinations at creating your own Lego character. Eddie had a blast, building his Lego baddies. 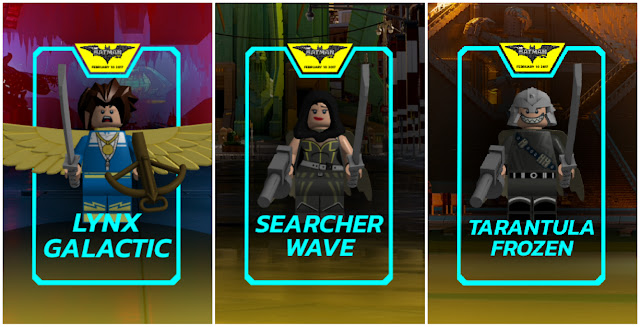 Here is my badass girl. 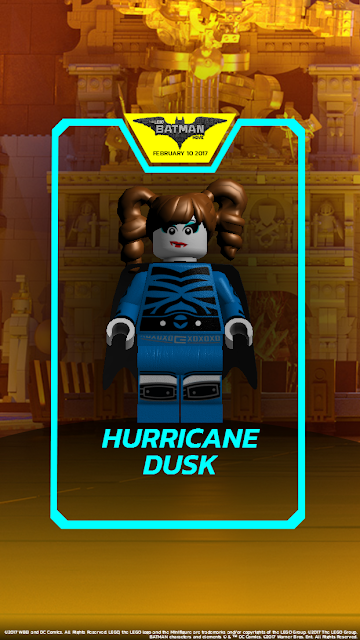