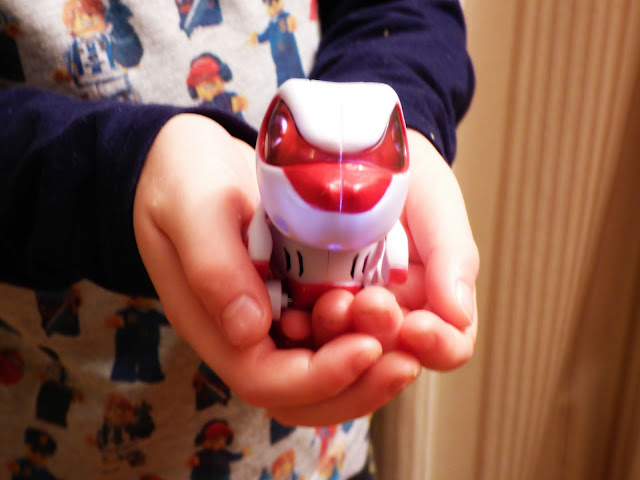 Robotic pets might sound futuristic, but they are here, and they are taking the world by storm.
Teksta have launched a new generation of micro pets which are smaller and more interactive than before. We first came across Teksta micro pet robots last year, when we reviewed a Teksta Puppy.
Four new Teksta Micro Pets include Dinosaur, Puppy, Kitty and Raccoon. All four robotic pets look very cute.

These smart toys respond to your touch and voice. Their eyes light up, they make funny noises and zoom around the play set, or just on the smooth surface.
You can collect all four sets, join the playsets together, turning them into one big play world.

The animals are supposed to produce realistic sounds, but with a dinosaur it is a bit of a poetic license. Our Dino sounds like a crow in the cold weather, it makes a hoarse rattling cawing sound, but then that might be a genuine dinosaur noise. Anyway, he is pretty cool and cute. 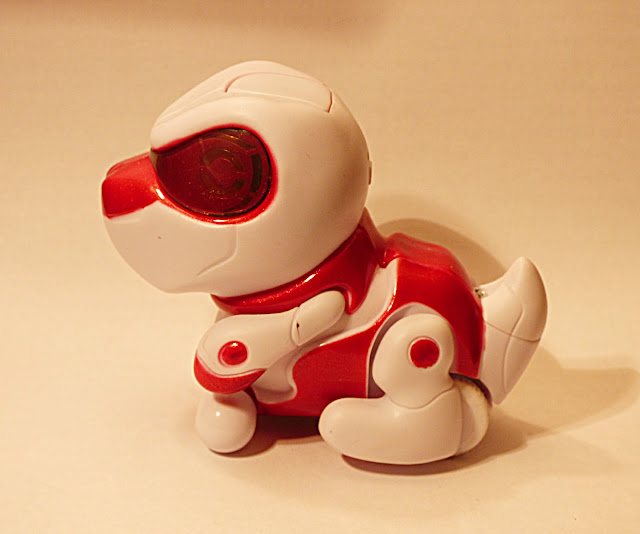 The Dino comes with its own adventure park, which you can assemble in different ways, either as a wavy track or a big wheel. There are instructions enclosed with the set. I'm not very good with assembling, but my 6-year-old has built the track with some help from friend. 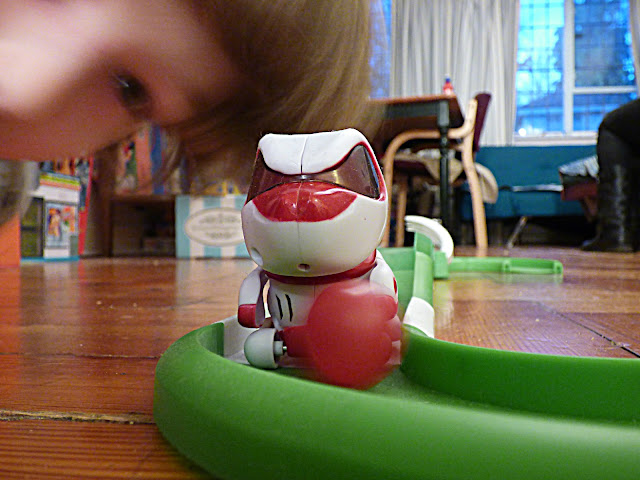 To make it move, turn the switch on and clap your hands. The Dino will happily play football, zooming around the room. 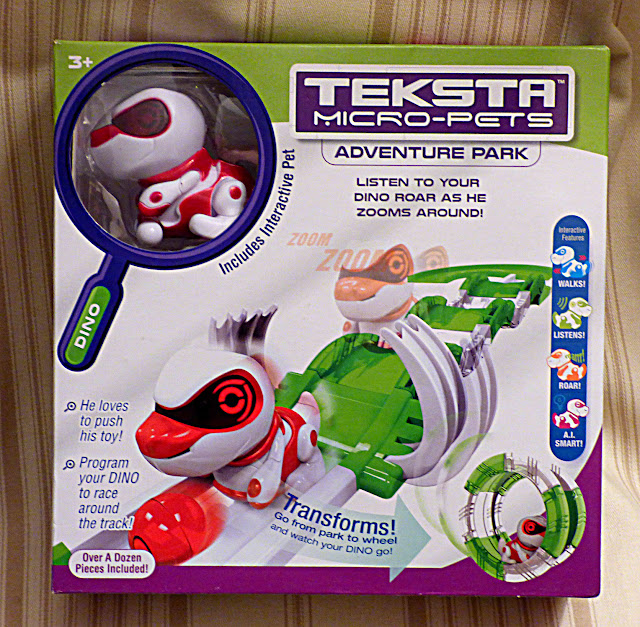 Pros: a cool modern design; small size - convenient to carry around; compatibility with the other sets.
Cons: not as interactive as you'd like it to be.

This toy might make a lovely present for a techie-minded child. To check out the other Teksta toys, visit Character.

And now comes the bit where you say: Don't do this at home! Or if you want to put a micro pet on your head, don't forget to switch it off, if you don't fancy your hair to be pulled out by the moving wheels. 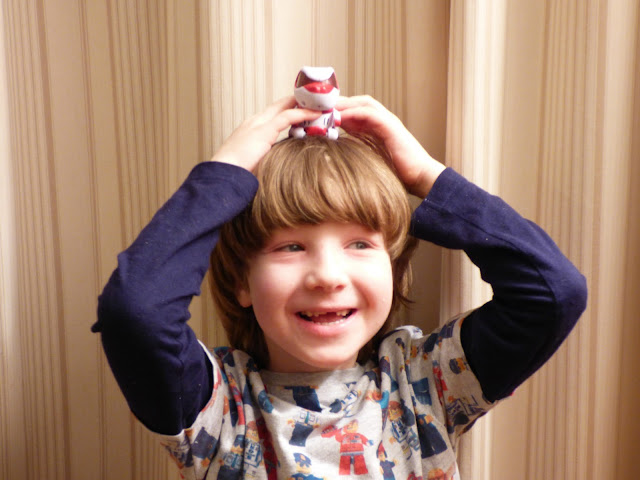 Disclosure: We received the Teksta set for the purposes of testing and reviewing. All opinions are our own.
Posted by Galina Varese at 09:40:00