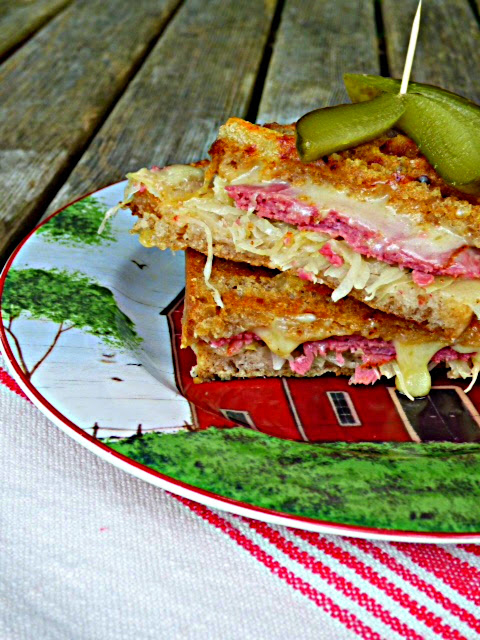 The first time I tried a Reuben sandwich, we were newly arrived to the States. My husband was then a visiting professor at Yale, we were young and free and enjoyed exploring the local restaurants, cafes and diners.
The name of that place escapes my memory now, but it was famous for its sandwiches and fries. My husband suggested that I should try the Reuben sandwich. "What's that?"
I had the first bite, mmm, so many flavours and textures, that's so tasty. It was grilled to perfection, it was gooey inside and crispy outside. And served with a pickle, that's even better.

To celebrate the 4th of July, I made this classic sandwich for lunch. 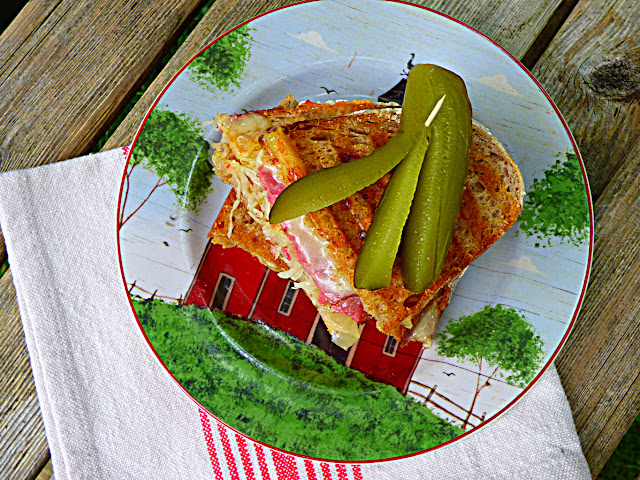 A good rye bread is a key ingredient in this sandwich. It has to be quite firm and not too thin to be able to hold together all those delicious foods inside it.
Now the dressing: there is a bit of a dispute as to which dressing is the right one - Russian dressing or Thousand Island dressing. And do you choose corned beef or pastrami?

There are several legends on the origins of the sandwich: some versions claim it was invented by Reuben Kulakofsky, a Jewish Lithanian-born grocer who lived in Omaha, Nebraska, for his weekly poker game team. The other sources mention Arnold Reuben, a German Jew who owned Reuben's Delicatessen in NYC around 1914.
Whoever was the true creator, you can see the Eastern European Jewish roots in this recipe.

For a nice big sandwich you will need two long slices of rye bread, a few slices of pastrami, a good piece of Swiss style cheese (like Emmental), Thousand Island dressing, sauerkraut, butter spread and a pickle.
I don't offer any exact quantities as you just assemble it layer by layer, then grill.

Spread the butter over one slice of bread, the dressing goes on the other slice.
Rather than use a plain unflavoured butter, I used a flavoured spread from Lurpak Infusions - Sea Salt & Pink Peppercorn. It has a distinct aroma of freshly ground peppercorns, and gives an extra oomph to the classic sandwich. It looks pretty too, with specks of pink pepper. 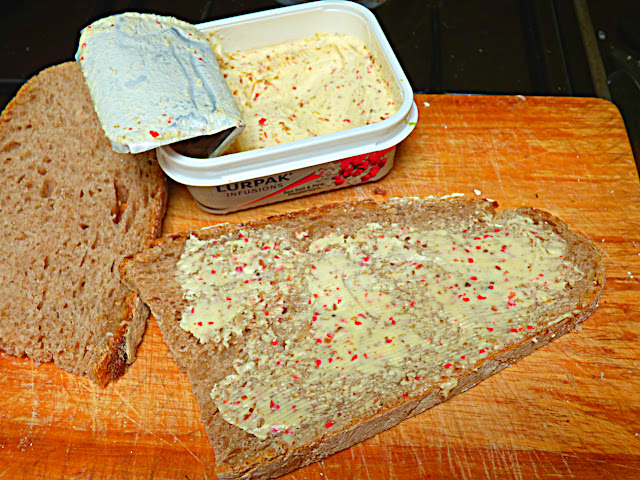 Add a good forkful of sauerkraut on top of the buttered slice, then add the pastrami and cheese, cover with the second slice, press together and put on the grill. Cook until the bread is crispy and the cheese melts.
Cut the sandwich in half, and eat with a pickle. 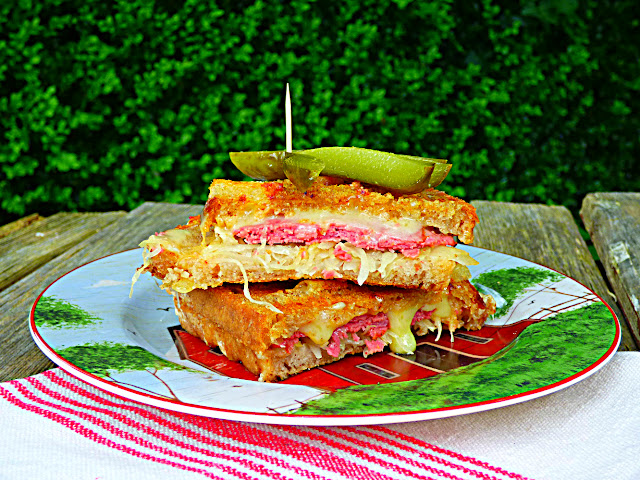 I found the Thousand Island dressing in Co-Op of all places. It is their own product. 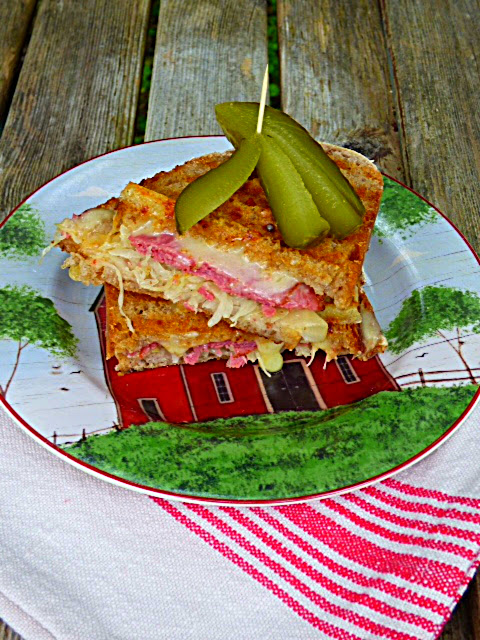