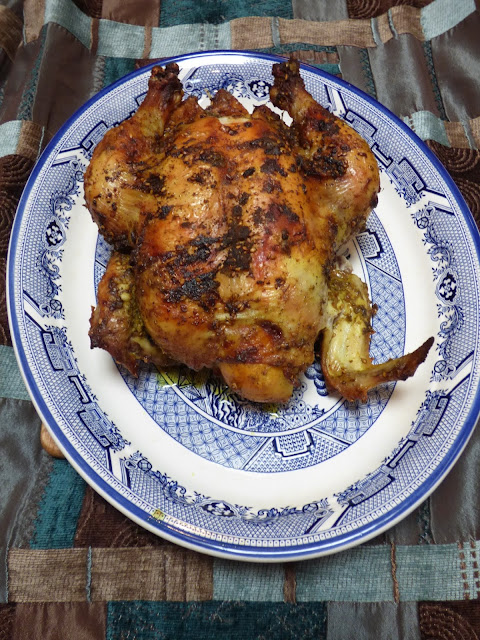 I love cook books, as my book shelves show, yet I rarely buy them as soon as they're out. I wait for several months until they go for a song at The Book People. I have seen Sirocco by Sabrina Ghayour in the shops, it looks very colourful and bright. The reviews are quite mixed, from a high praise to claims of it being a pale shadow of Sabrina's first book.
I haven't had a chance to actually read it, but I had a good browsing session a couple of weeks ago, when I took Sasha to the book shop. While he was looking at the books in the children's section, I was keeping an eye on him from nearby with a couple of cook books. At the moment you can get the book for £6.99 at amazon and The Book People. I think I'll still wait a bit until the price goes even lower.
I liked the look of the Za'atar and citrus chicken, and cooked the roast recently. I have adapted the recipe to suit the ingredients I had at home, but the main idea comes from Sirocco.

In a small bowl mix together the zest of lemons and oranges with the olive oil, salt and all spices. Use the spice paste to rub it over the chicken. Put the chicken in an oiled roasting dish. Slice the lemon in two. Put a red onion and half of lemon into the cavity and another half of lemon in the neck opening. Roast the chicken for about an hour and a half at 180C until the juices run clear, and the bird is nicely browned. Let it rest for 10 minutes before serving.
Strain the juices and use to make a gravy. It will be wonderfully flavourful. 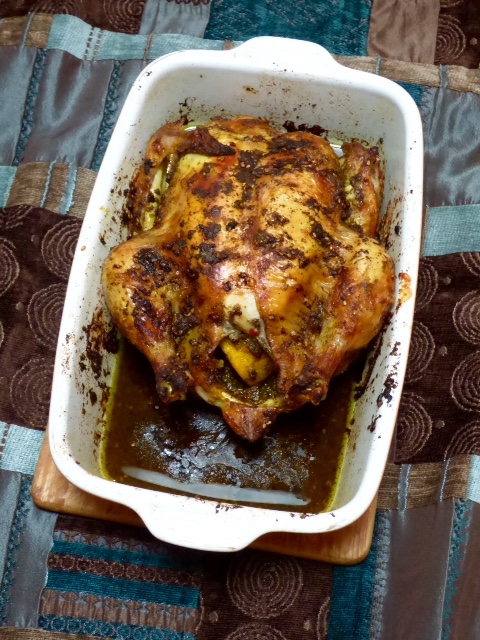 What to serve with the chicken? Depending on the season and your appetite, serve with roast potatoes and other veg, with couscous or jewelled rice, salad or salsa. 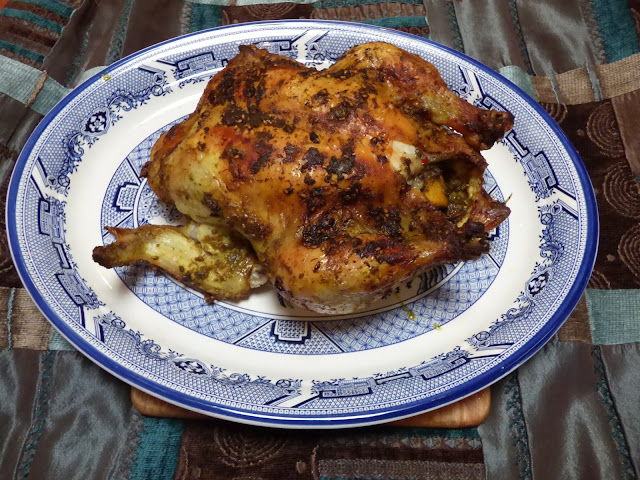 Just in case you haven't used Za'atar (aka Zaatar or Zatar) before, this is a zesty spice mix which consists of Za'atar-Majorana Syriaca, sesame, sumac, sea salt and olive oil. It is traditionally eaten as a dip with olive oil and bread and widely used as a seasoning for roast meat, fish and vegetables. It is becoming more trendy and nowadays many supermarkets have their own version of Za'atar. The spice mix I used in this recipe is by a brand named Zaytoun. I bought it in Oxfam. 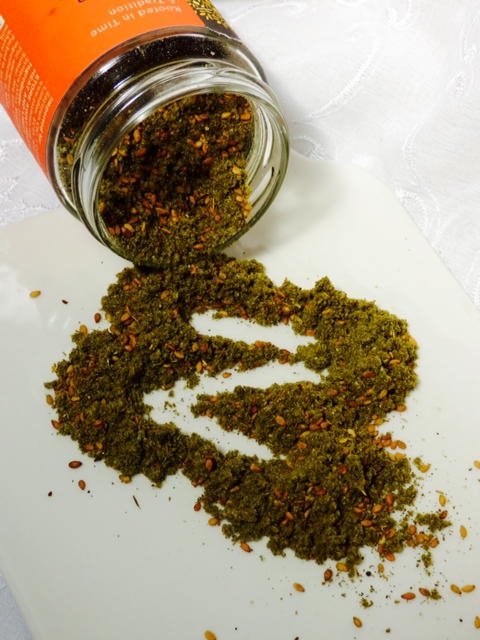