The Land of Sometimes: a mysterious magical musical journey

As someone brought up on musical stories like Peter and the Wolf, I'm all in favour of cultivating musical tastes of children from a very early age. "The Land of Sometimes" has taken me back to my childhood, when I was listening to music stories like "Alice in Wonderland" and others, sitting by the family record player and being totally enchanted.
The Land of Sometimes will take you on a long journey to the mysterious magical world.
The first thing you notice about this CD is the CD case: it is beautifully designed. The illustrations were created by artist Howard McWilliam who is well known and much loved for his front covers of The Week. His style is very distinct and imaginative. Turn the pages slowly and marvel at the tiny whimsical details. The illustrations alone tell a story and entice you to put the CD on and listen. 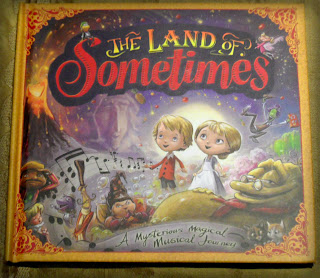 What is the story about? Twins Alfie and Elise start a magical journey, exploring the Land of Sometimes. In one day they travel through four seasons and meet a whole collection of curious and eccentric characters who perform their original songs.

There is the River Slouch who just wants to make friends.

There is a cute mischievous fairy Little Twink (who made me think of my 5-year-old niece Sonia and her passion for fairies and all things pink).


I have your stuff upside down in a blink

Little Twink!"
(I'd say that sums up my niece perfectly)

Mrs Blip makes you slip. Eddie found her very amusing, now we sing with him

There is Mr Smaller and the Chameleon Catcher and the Man with the Flying Feet.
Aren't you intrigued yet? 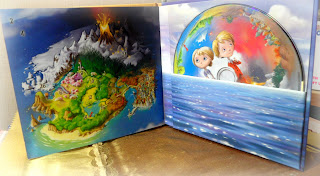 Songs are very catchy, with amusing lyrics that will make you smile. And each song is different from the previous one. As for the styles and genres, you get a mix of Irish folk and New Orleans jazz, reggae and disco.
Francesca Longrigg, a singer and songwriter, created all concepts, words and lyrics for The Land of Sometimes. Chicky Reeves wrote the music, and together they brought the project to life.
We loved the voice of the narrator (Nicholas Jones), it links the story  and the songs with a natural ease and artistry. 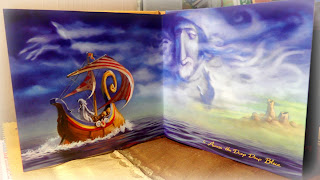 The recommended age group for the CD is 2-99 years (I loved this specification). At 2 years and  a bit, Eddie is a bit too young to appreciate the story in full. In fact we listened to it in parts for several days, and I think he enjoyed music more than the story. 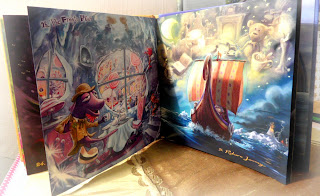 This CD will make an excellent stocking filler for children who enjoy music and stories. 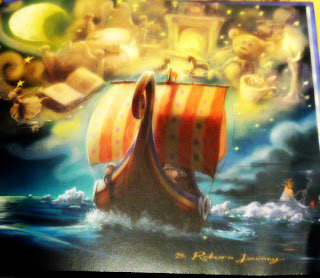 This is a kind of CD which will make your kids leave their laptops and ipads, switch off the DVD player and let their imaginations carry them away on the wings of fantasy. 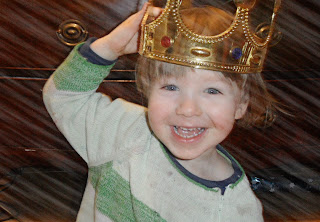 The Land of Sometimes has a great website which has downloadable colouring pictures and details on all the characters.  You even download a map, how cool is that.

And the latest news:


Two School Children From Oxfordshire Are Set For Chart Battle For The Christmas Number One Spot!

"Ladbrokes have just announced that two unknown school children from Oxfordshire are now in the chart battle for the coveted Christmas Number One Spot with odds of 10/1 with their charity single ‘Dare Make A Wish’.
400 other children also from the Oxford area came together to record the song, with the two youngsters, which will see all proceeds being donated to the Dyslexia Action charity.

Francesca Longrigg, writer and creator of The Land of Sometimes CD from which the single is taken from has said


“This single is by children for children. In the music industry particularly with the likes of X Factor and Novelty singles competing for the top spot we wanted to remember what the heart of Christmas is all about – the children and give them a chance to shine and have their special moment.”


Ladbrokes have put the children in front of the likes of Kylie Minogue, Girls Aloud and Olly Murs with only the X Factor hopefuls Jermaine Douglas, James Arthur and the Hillsborough charity single in front of them.
The Land of Sometimes will be joining forces with the charity Dyslexia Action to release a charity single on December 9th, which will be a version of one of the album tracks ‘Dare Make A Wish’.
The musical director for the single is the wonderful Mo Westworth, who is director of the Unison Rock Academy and the i-Stage Academy in Oxfordshire.

The proceeds will go to the charity ‘Dyslexia Action’, the biggest dyslexia charity in the UK. We believe in the tremendous power of music in helping to transform learning difficulties, and indeed the Land of sometimes very own Isadora, who plays Elise on the album, who felt that her involvement in recording The Land Of Sometimes boosted her confidence and helped her overcome learning difficulties from her dyslexia enormously.
Libby Griffiths who will sing the lead part of Elise is also Dyslexic, which the panel had no idea of until after she had won the part!
“Dyslexia Action are so grateful for being the partner charity of the single made by all at the ‘Land of Sometimes’. We are very keen to have enthusiastic fundraisers such as LOS on this team, supporting the charity. It is both such a lovely and unique idea and we are glad to be a part of it. The money raised from this single will be used to help change many lives and help to break down the barriers in education that those living with dyslexia face. On behalf of Dyslexia Action, I’d like to thank all those involved in making this wonderful piece of music and to all those who purchase it and therefore support this very worthy cause”
(Danielle Perrin, Supporter Relationship Team)
The single will be available on iTunes from Sunday December 9th
and will be titled
The Land of Sometimes voices of the big sing! 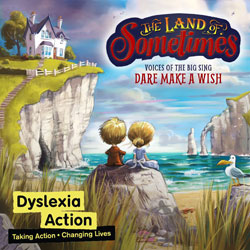