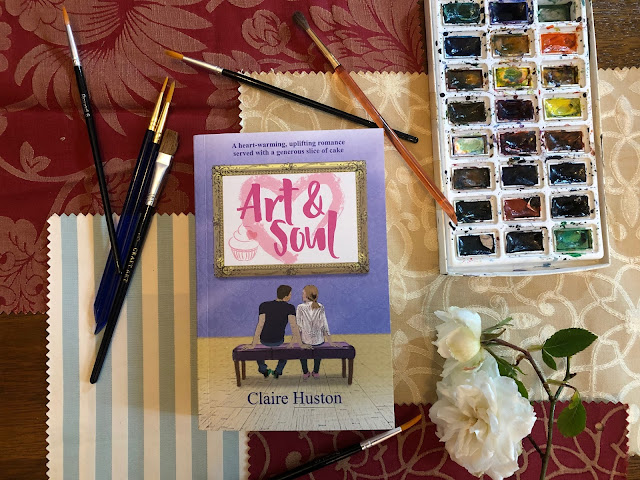 In these days of surreal unknown, do you opt for a heavy dose of dystopian literature, a chilling shiver of a horror story or a sweet slice of romantic escapism?

Art & Soul by Claire Huston is a heart-warming get-away from all-the-worries story.

Becky Watson loves solving other people's problems. Well, she would have to, having chosen to be a life coach. She is full of enthusiasm and mojo for fixing problems of her clients.
There is, however, a rather big problem she couldn't fix - her personal life is in a shambles. Despite priding herself in her ability to read the other people with ease, she gets involved with a married man, and has a child.
Since having Dylan, her life coaching business is put on hold, while she is stuck in a rut, working to make the weddings go smoothly. Her clients seem to be of an entitled type which is known as Bridezilla.
A friend suggests she works her magic on her reclusive artist brother Charlie Handren.

Charlie has lost his artistic mojo years ago, when his wife has left him. He's bringing up their daughter Phoebe on his own, while his forays into art seem to consist of staring into space in his studio and moping about his lacklustre performance.
As the title suggests, you get a glimpse into a tortured arty soul.
To begin with, Charlie appears as a bit of a caricature. He looks like a hobbit: "His facial hair was rampant, tufted and piebald. Above that undergrowth, dirty brown hair, with patches of grey at the temples, rambled down past his shoulders..." His eyes remind Becky "those of a chocolate-brown Labrador she had once seem tied up outside the supermarket in the chill rain waiting for its owner to return". So, not the most eligible romantic hero, and more of a castaway.

Charlie is not impressed with Becky either. Having shown her around his studio, he realises that she knows nothing about art, and her tastes tend to be rather conventional. He describes her as an art philistine in a text to his sister.
It doesn't help that Becky is scathing about his work, describing it as "paintings which look like the masterpiece my toddler produced the time he tipped his poster paints over the living room rug" Ouch.
Her criticism is savage: "You're acting like a privileged, pathetic, selfish fool who's one drink away from becoming a total cliché". Double ouch.

Despite a rocky start, Charlie hires Becky to come up with a plan to revive his artistic career. She promises to organise a come-back exhibition for him in a prestigious venue, and hopes to set him up with a woman of his dreams, Rachel Stone, who conveniently happens to be the manager of the Stone Gallery.

Becky and Charlie soon become close. While helping Charlie to pursue the woman of his dreams, she is left insecure about what she really wants.

Art & Soul is a warm-hearted confection of a novel, a thoroughly-enjoyable romance.

There are several secondary characters which are a delicious satire on certain arty types. The art gallery manager Rachel Stone reminded me of someone I knew in the past (I believe they still run the gallery in a little town in the shire). The same ruthless type with steely eyes and a smile which is full of artifice who enjoys bossing her staff around.

Her mother Barbara, the matriarch of the art gallery world, comes alive in just a few short sentences: "While Barbara Stone was well-preserved for her age, she was also proof Botox could do so much... "Ms Watson. Such a pleasure," she said, shaking Becky's hand using her fingertips.
Liar, thought Becky, as she watched Barbara withdraw her hand and trail her fingers down the skirt of her pink Chanel suit".

Then there is a café owner Ronnie, who is a cake genius but a huge gossip and a pain in the backside as a partner. Even Becky, who's supposed to be her best friend, thinks of her as a gossiphound.

Art & Soul is an entertaining read, funny, sweet and witty. You will chuckle out loud, and lick your lips - there's cakes and laughs galore. 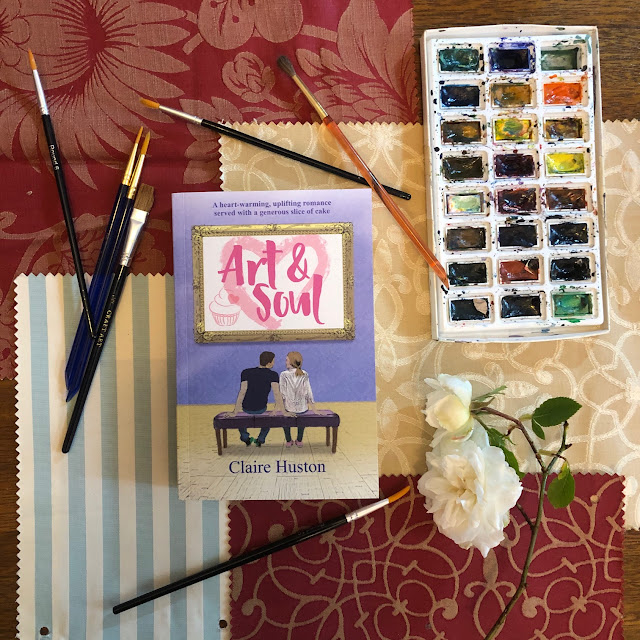 Many thanks to Claire Huston, Goldcrest Books and Rachel's Random Resources for my copy of the book!

This post is part of the blog tour for Art & Soul.

About the author:
Claire Huston lives in Warwickshire with her husband and two children. Art & Soul is her first novel.
A keen amateur baker, she enjoys making cakes, biscuits and brownies almost as much as eating them.

You can find recipes for all cakes mentioned in Art & Soul at www.clairehuston.co.uk along with over 100 other recipes. This is also where she talks about and reviews books. 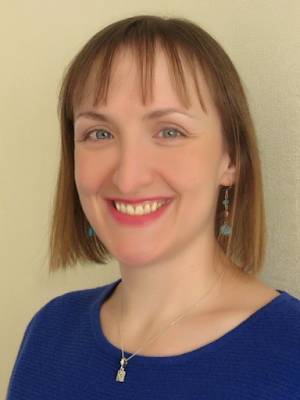