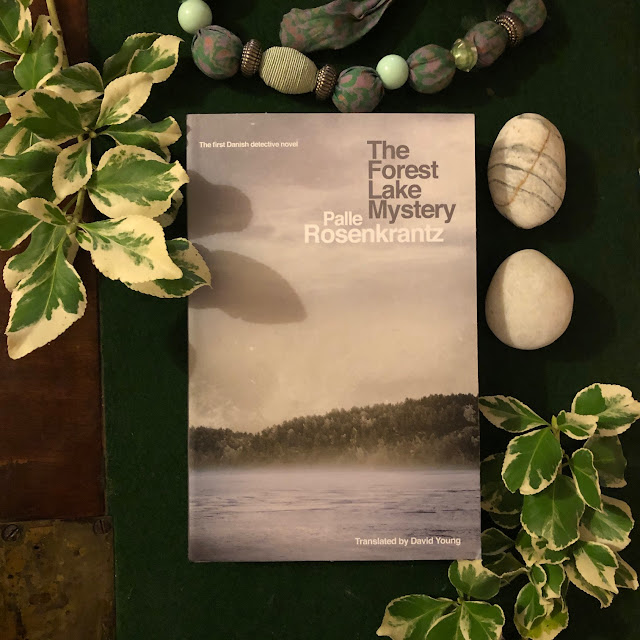 "I dare say this lake is very deep and there is hardly a fish living in its cold, clear waters... It is peace itself, untrodden, untouched and very, very quiet", says an old gentleman we meet in the first chapter of The Forest Lake Mystery, the very first Danish detective novel.

The lake, where a young Copenhagen policeman Eigil Holst meets old Captain Ankerkrone and his beautiful daughter Ulla, seems idyllic.
But the peace and serenity are soon shattered when a body of a baby is washed up on the shore.
The local magistrate is under pressure to drain the lake, where the body was found, and during the works, another body is discovered, weighed down with rocks. Nobody seems to know the identity of the woman in the lake.
Holst is appointed to investigate the murder, he "promised himself he would leave no stone unturned and the trail would be found, He was at last facing a task that required a man's strength and engaged his commitment in working towards a real goal".

Holst is an original, engaging character. He's described as unusually handsome, without much interest in women. "He was self-sufficient and his work was everything to him".
He is astute and observant, but also naïvely trusting the wrong people. He's very much the man of his times, with the deeply ingrained ideas on the social standing and (often undeserved) respect towards the upper classes.
At the time when the novel was written, the profession of a detective/policeman was not considered to be a reputable job. Even in the book itself you observe how some of the upper class characters are looking down on Holst because of what job he is doing.
But Holst himself was "destined for his path from childhood. As long as he could remember, police novels had been his favourite reading, the history of crime his greatest joy".

Originally published in 1903, The Forest Lake Mystery by Palle Rosenkrantz is available for the first-time in an English-language paperback (Lightning Books, translated from Danish by David Young; out in paperback on 28 November).
This is a true classic of the Scandi noir.
"It is generally accepted that Palle Rozenkrantz was the first Danish author to use a police detective as the principal character". The Danish annual crime writing awards are named in honour of its author, Palle Rosenkrantz.


Palle Rosenktantz was a Danish aristocrat who was born in 1864. His father, Baron Iver Holger Rosenkrantz, met Palle's mother Julia Louise Mackenzie, while serving as a diplomat in Italy. The connection with Italy will become one of the themes reproduced in Palle Rosenkrantz's writing.

To pursue his inquiries, Holst travels to Venice in The Forest Lake Mystery.

Palle's childhood was pretty nomadic, as parents tended to move around, incurring debts everywhere.
He studied law at Copenhagen University, later working in law and following his family's tradition of living beyond his means. As a sideline to his income, he begins to write crime novels, as well as romantic and historical dramas. His own life reads as a novel.

The novel gives a fascinating insight into the class division of the times, with its obeisance to the rank and status in society.
It is also rather anachronistic in its appalling attitude to women.
Some of the pages are totally heartbreaking. The person who everyone sees as an honourable man, and who perceives himself as such, could go to such cruelty and lack of compassion.
A married man, he thinks nothing of seducing a young girl of lower status, and then discards her like a piece of tat. "Annie was created to be a woman of pleasure and that will be her lot", he says in a letter to his friend.
Even worse, when their child dies, he feels nothing but contempt for the woman he once seduced.
"It's only for the best that the child is dead. Annie doesn't deserve a child, and I don't believe in her repentance, as you call it. A man can love many women and yet not be affected by his infatuations; a woman who loves many men is, and remains, a whore...
I'm a nobleman from birth, and my morality is the nobleman's morality - it will never be different...
I have forgotten the whore, and I didn't acknowledge her child when it lived, nor do I intend to cry at its deathbed..."
How hideous and chilling. As chilling as the murder of the poor woman in the Forest lake.

The setting of the lake is a landscape of foreboding, which brings traumatic revelations. The opulence of Venice is a façade for loneliness, drama and broken lives. Both the lake and the deep waters of the Venetian canals represent a deep and menacing side of the human nature.

The Forest Lake Mystery is a must for anyone who enjoys classic crime novels, and especially Scandi Noir. 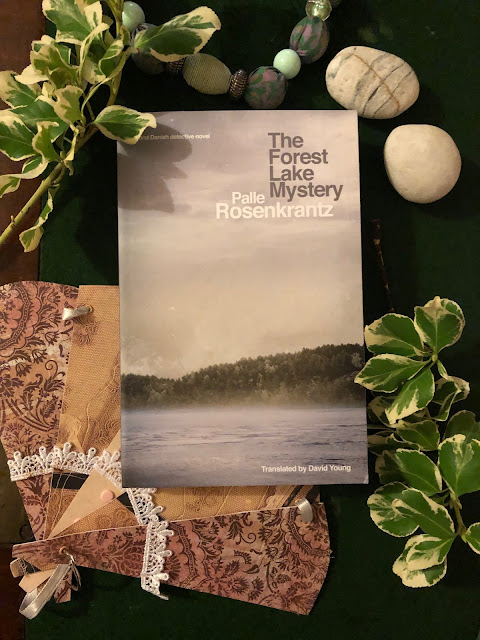 Many thanks to Lightning Books for my copy of the book!
Posted by Galina Varese at 08:31:00