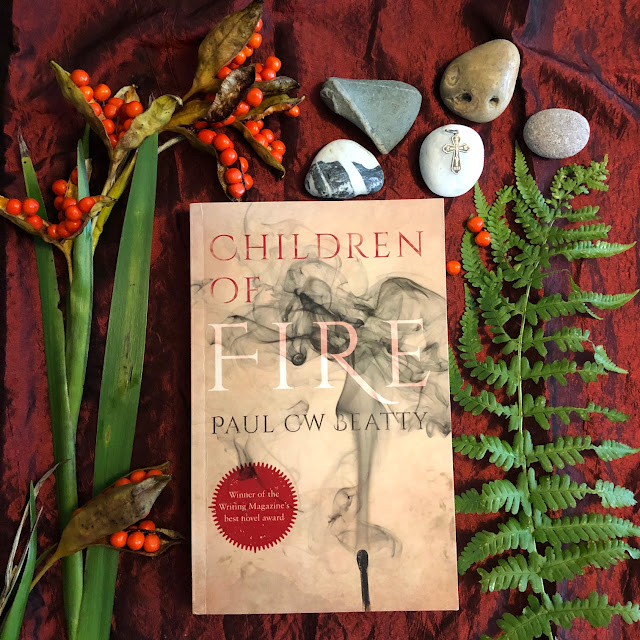 Children of Fire by Paul CW Beatty (The Book Guild Ltd, 2017) is a Victorian murder mystery set at the times of the Industrial Revolution.

The novel starts with an explosion at the corning mill, which rips it apart and kills several people. It is not clear what has happened, was it an accident, or is the local religious community responsible for this macabre act?

Josiah Ainscough has been brought up in the family of the Methodist Minister. On the pilgrimage to Santiago de Compostela, he has a night of passion with one of the other pilgrims. Given his upbringing, he is wrecked with guilt afterwards, and cannot forgive himself.
Rather than follow his adoptive father's path into the Methodist Ministry, he joins the Stockport Police Force.

The police are interested in the small religious group named Children of Fire, and especially their flamboyant and charismatic leader Elijah Bradshawe. The locals have been greatly taken by the preaching of this inspiring man. His concerns for the mill workers, especially the exploitation of young children, bring him many sympathisers.

Josiah is ordered by the chairman of the new Police Watch Committee to make contact with the Children of Fire, infiltrate the group, get to know them, and find out if they had anything to do with the atrocities at the mill a few months earlier.

As ordered, Josiah pretends to be a traveller looking for seasonal work. The group accepts him, though not without initial suspicions, because Josiah is too educated to be a simple field worker.

Getting to know the community, Josiah comes to the conclusion that the group as a whole is not a threat, but he could not rule out that Elijah might pose an individual threat.
And then his theory is shattered, when Elijah is found crucified at the place where he gave a sermon the night before.
The manner of the murder is so extreme, and there are reasons to believe that the killing spree will continue.

Josiah must race against the time to find out the culprits and prevent more deaths.

To complicate matters more, he's embroiled into a love triangle - his feelings for Rachael, a leading member of the religious commune, are not reciprocated, while Aideen Hayes, a beautiful Irish lady staying in the vicinity, seems to be taken with him.

The novel explores the socially engaged themes of the Industrial revolution, which was the time of the great changes in Britain. In 1840s Queen Victoria was still a young woman. These were the times of the struggle between the old political order and new economic order. The Chartism emerges as the most popular political movement.

The historical background is well-researched, and gives a deep insight into the technological process of the compressed blackpowder. It also touches upon the Irish politics of the period, as well as the origins of Methodism, and such unconventional practices as open-air preaching.

This book would have benefitted from a rigorous proof-reading, alas, numerous typos and mistakes distract you from the plot.

Alive with authentic detail, Children of Fire is a gripping mystery, packed with gruesome murders and chilling suspence.

Author Bio:
Paul CW Beatty is an unusual combination of a novelist and a research scientist. Having worked for many years in medical research in the UK NHS and Universities, a few years ago he took an MA in Creative Writing at Manchester Metropolitan University emerging with a distinction.
His latest novel, Children of Fire, won the Writing Magazine's Best Novel Award in November 2017 and is published by The Book Guild Ltd.
You can find the author on Twitter as @cw_beatty 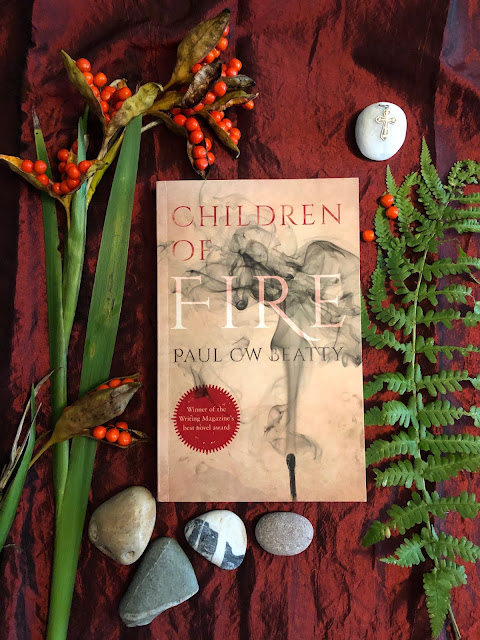 Many thanks to Paul CW Beatty, The Book Guild Ltd and Rachel's Random Resources for my copy of the book.