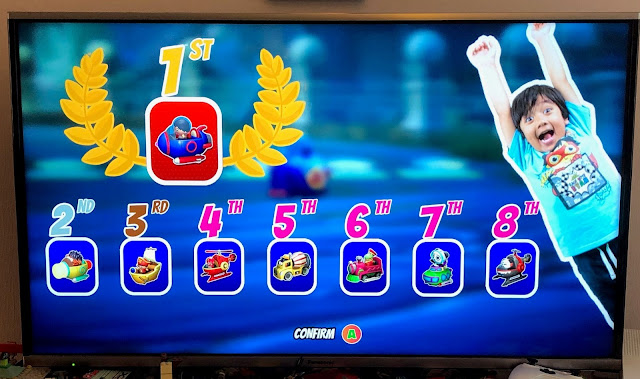 October ended on a minor chord of a miserable drizzle, and November started with a torrential rain. On a rainy day like today, what will you opt to do - read, bake, sketch or play games?
Race with Ryan launched yesterday (1 November 2019), to the sounds of accolade. This new racing game is available on PlayStation 4, Nintendo Switch, Xbox One and PC.

If you are a parent of a primary school child, you might well be aware of the Ryan's World brand, a family-based production company. I confess I had to google who Ryan is, but it would appear I'm in the minority, and cheeky smiley chap Ryan is a world-wide phenomenon and one of the biggest names on Youtube.

My younger son is a gamer. He is happy to play Minecraft, Hello Neighbour and other games on his Xbox One. When we were offered a code to try a new game before its launch, he was thrilled to have an opportunity to trial it. 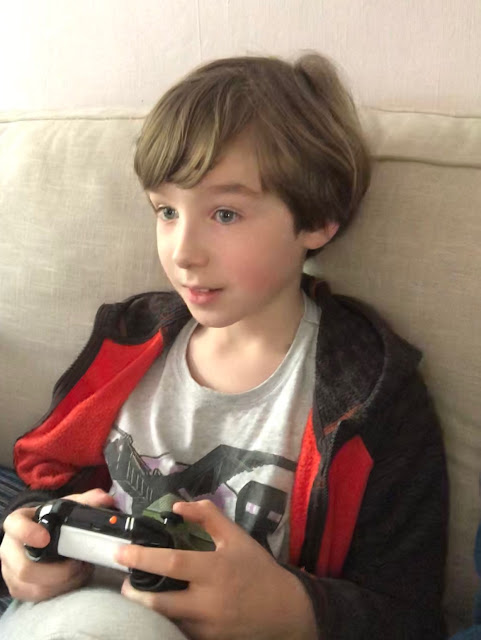 You can play on your own, or together as a family, racing to victory across multiple, magical worlds as Ryan and his friends - Moe, Gus, Alpha, Lexa and others.
The game features a four-player-split-screen to race with friends in multiplayer mode.

Race with Ryan is available on PlayStation 4, Nintendo Switch, Xbox One and PC.
Exclusively at Smyth's Toy Store in the UK for £29.99 and many retailers in the US including Target, Amazon and Gamestop for $39.99 with a version of the game which includes a limited edition race with Ryan collectible die cast vehicle exclusively available at Walmart in the USA and Big W in Australia.
"Race with Ryan" can also be downloaded from the PlayStation Store, Xbox Live, Nintendo eShop and Steam.

If you enjoy racing games, Race with Ryan is a colourful fun fast adventure. You pick a racer, then head to one of six magical locations, and off you go. Show your friends and family who is the fastest racer.
My son enjoyed playing this game, he said it is a great fun. He played on his own, but can't wait for his friend to come over after school next week so that they can race together. 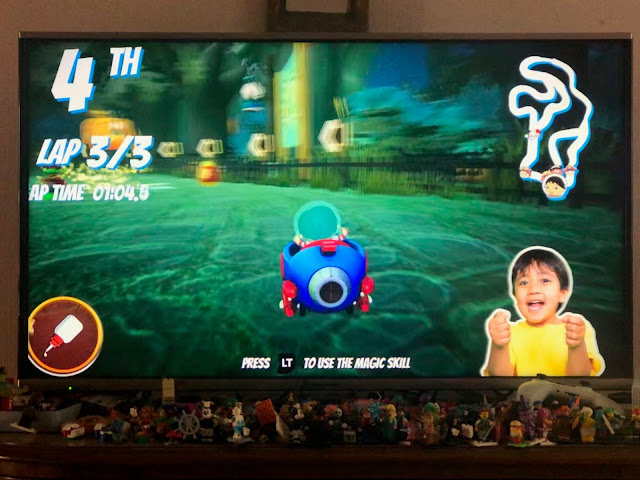 The controls are easy, once you learn how to use them. There is an optional auto-acceleration and a tutorial which shows you how to play. 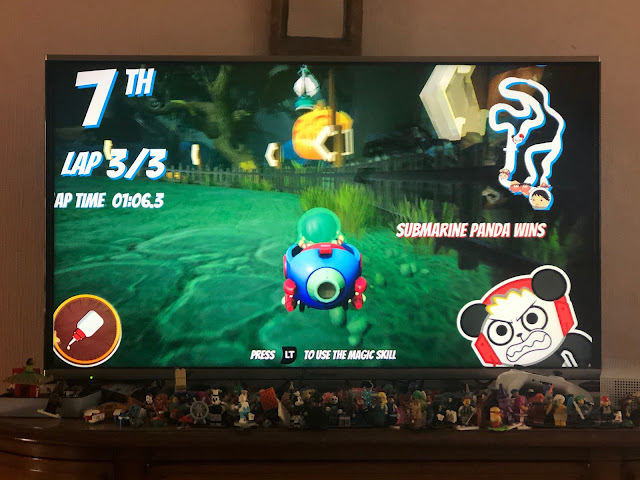 The game is aimed at children 3-6 years old, but at 9, my son had fun playing this game, so it might well be enjoyed by older kids.

"We had so much fun as a family when helping to create this game", said Ryan's father, Shion Kaji. "Players will see and hear Ryan and the beloved characters from Ryan's World as they experience the exciting race gameplay in different magical lands."

As one of the top kid content creators on YouTube, Ryan's channels received over 41 billion views to date, and amassed over 31 million subscribers, and growing (and my jaw truly hit the floor in amazement).


You can watch the brand-new launch trailer here:


Disclosure: we received a free code for the game for the purposes of testing and reviewing. All opinions are our own. 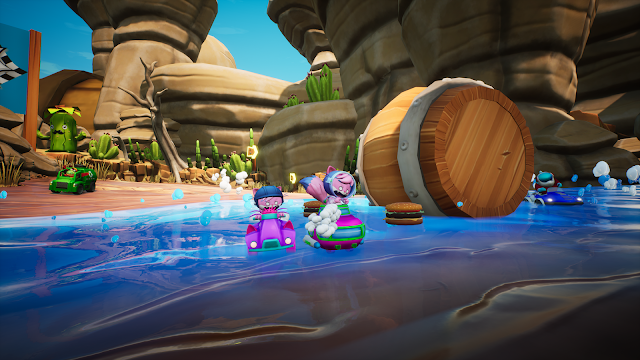