Last week was full of sadness and anxiety. My Mum was going home after a month with us, and we're missing her.
Though I was taking photos every day, some of them are snaps for reviews and recipes, so I have picked two photos for Sunday and two for Monday, and skipped two days altogether.

Rain doesn't seem to abate for more than a day, and the flood plains are still under water. On Sunday Eddie and I went to have a look at the fields covered with the water. More rain is predicted, and we keep an eye on the river levels as we pass by the bridge in the centre every day. 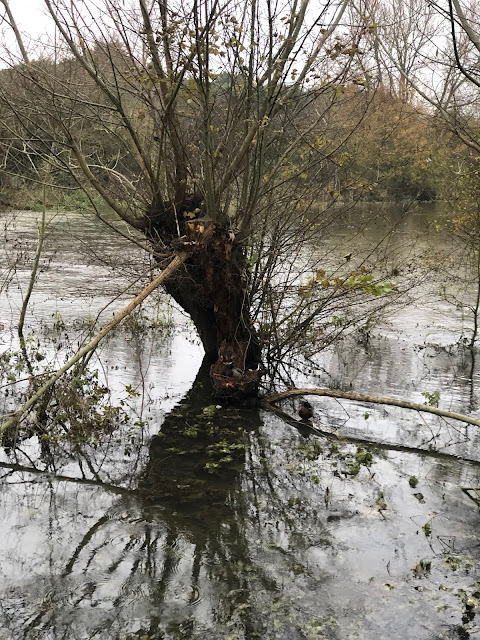 After the release of the John Lewis Christmas ad about the excitable Edgar, Waitrose was packed full of plush dragons. Eddie was making pleading eyes at me, saying that he wants one of them. I asked him why, it's not like he's playing with soft toys anymore. He said it's because he's called Edgar.
So far I resisted. I don't even like the ad. The dragon is a pest and a nuisance who ruins fun for the others. 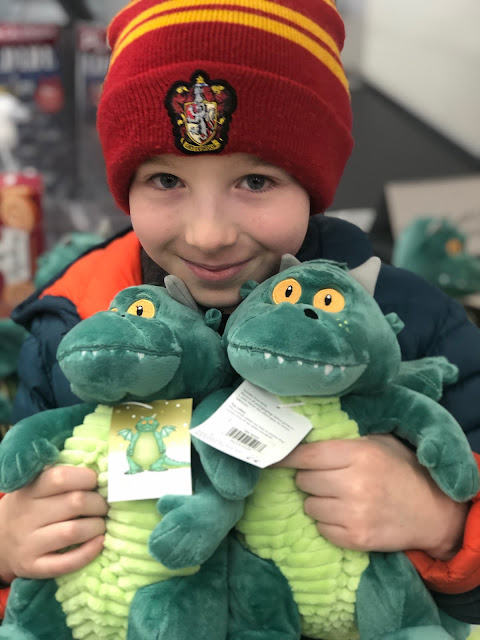 On Monday morning I had to walk to the depot to pick up a packet, and as always, whenever I pass by St Mary's church, I take a photo. 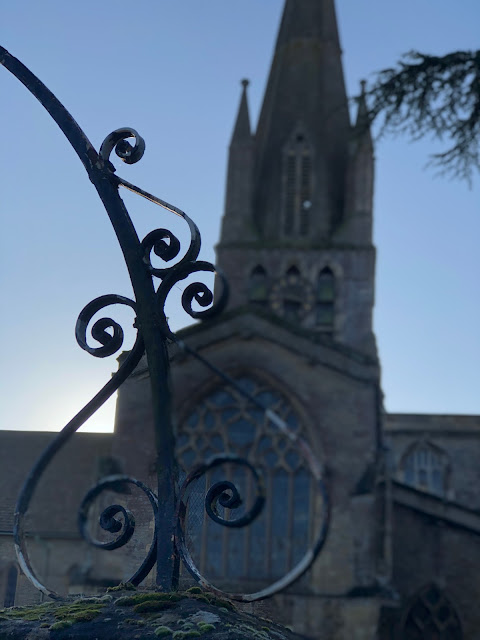 It was the last evening we spent together with my Mum, she was leaving very early the next morning. The taxi was booked for 5.30am, and I didn't want to wake up the boys early, as it was a school day. They hugged their Baba good bye on the eve.
I look so tired in this photo, and why did nobody tell me my hair is all over the place?! 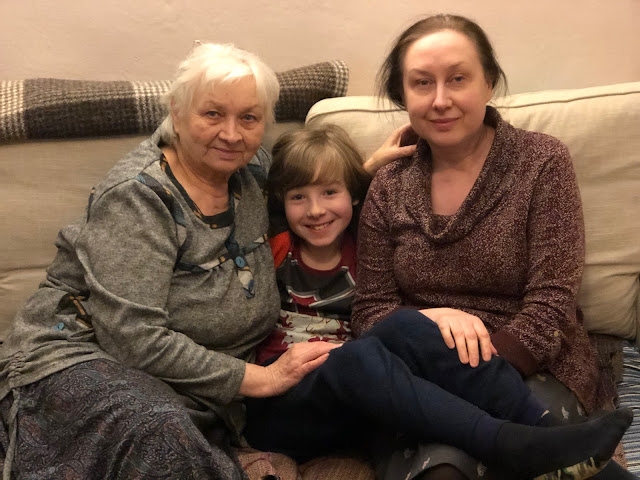 It's hard to believe that in a week's time we say Good bye to the autumn and greet winter.

Thursday was a stressful day. Sasha had a big anxiety/panic attack just before getting to school, and he was so agitated that the school transport refused to take him to school (and rightly so).
I was also getting upset, as my husband needed to go to work and then travel to Brussels that day. I couldn't leave Sasha on his own in the house, and didn't know what to do about the afternoon pick-up from school.
Thankfully, a friend agreed to help, and then the school were most helpful as well, by sending their own transport. They came and collected Sasha who has calmed down by then, and was happy to go.
I was so stressed that morning, I cried. I just couldn't help it. Feeling too fragile, I didn't go to Eddie's school to help with the library, as I happen to do once a week. 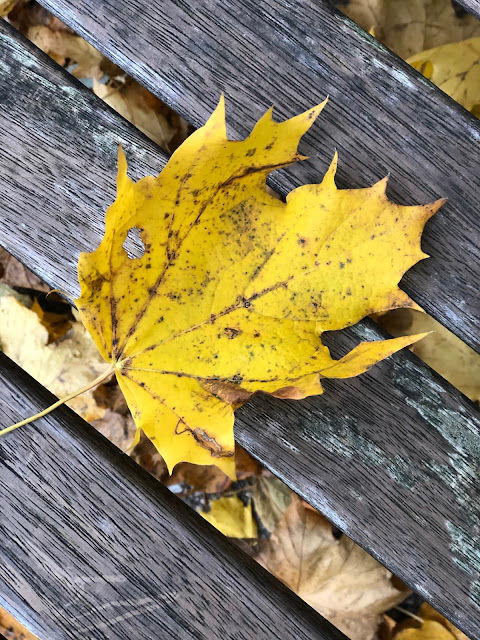 More autumnal mood scenes... And more disappointment - I picked up Sasha's meds (see the post from the previous week), but there was only one 150ml bottle, rather than the usual amount.
I only realised it when I came home. Called the pharmacy, and they confirmed that this was the right amount, as that's what the GP prescribed, which means in a two weeks' time, I'll have to go through the same bothersome process again. 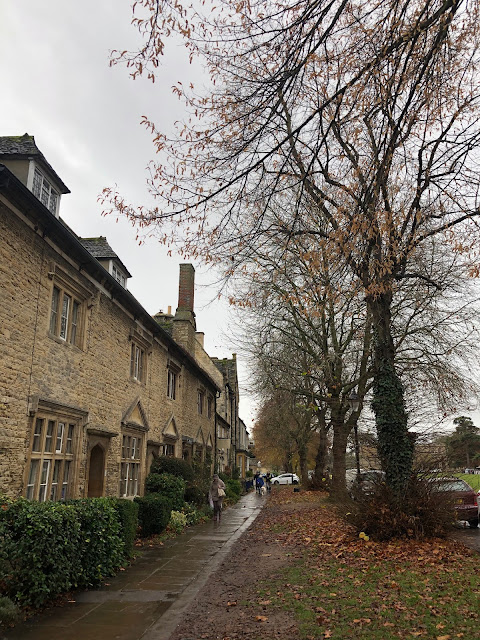 Visiting Costa today in between shopping, I decided to order a plain latte (You see, Suzanne, I listened to you), but Eddie wanted to try a Black Forest hot chocolate. I had a sip, it tastes of the cherry syrup.
Right now Eddie's in Oxford with his father, they needed to go to the PC World, as my darling husband has killed off his laptop the other day, when he spilled the coffee onto his laptop.
They also need to make some colour photo copies for Eddie's Tudor project. 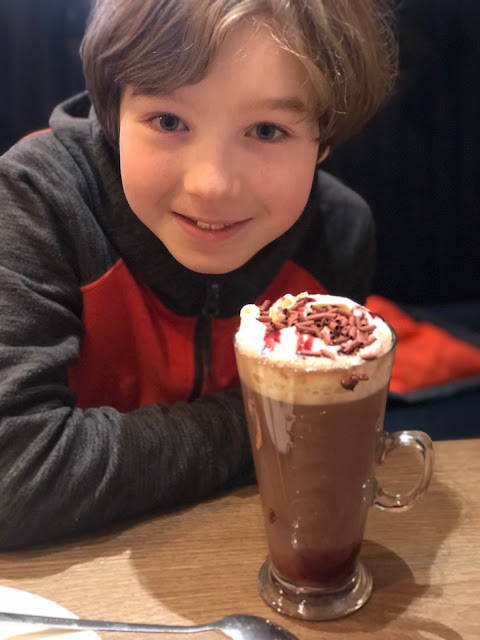 You are invited to the Inlinkz link party!
Click here to enter
Posted by Galina Varese at 17:06:00