Good bye, November, good bye, autumn! Tomorrow we greet December, and a season of advent competitions. Though I've won zilch last year, I'm not giving up, and will try to do at least some of the daily advents. I'm also running my own 12 days of chocolate giveaway which will start just after midnight. Don't miss it if you fancy winning over 1,2kg of chocolate.

Last Sunday, when Eddie was at the church with his Dad, I watched the last episode of The Crown season 3. I'm not a Royalist, but I find this series rather fascinating.
I think Claire Foy did a better job, playing the Queen in the previous two seasons. Olivia Coleman might be considered a good actress, but this was not a part for her. And Helena Bonham-Carter was completely miscast as Princess Margaret. She's too quirky, a female version of Johnny Depp and Jim Carrey.

Eddie took part in the children's service, called the Messy Mass. He had to do a reading, and did very well. The photo was taken by my husband. 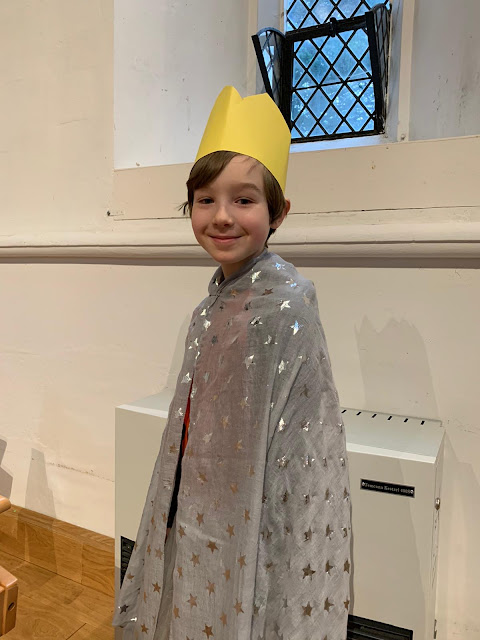 I saw a leaf covered in droplets, and thought how beautiful it was. 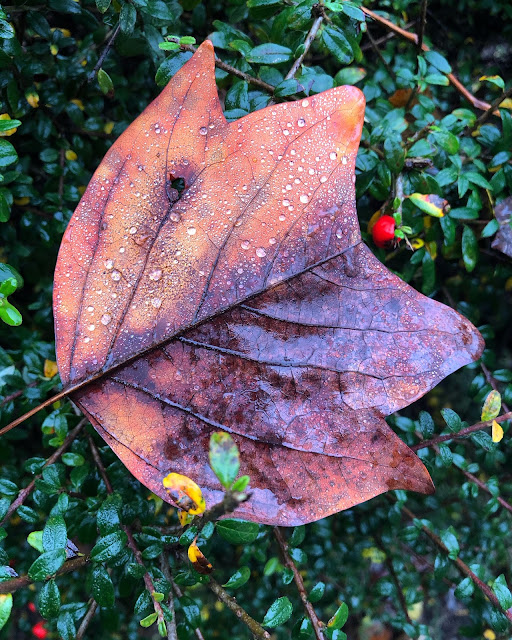 My self-imposed ban on buying books until Christmas didn't last long. I was looking at The Book People to get a Percy Jackson series for Eddie (£6.99 for a set of five books), and as always, got more books both for him (Head Kid and Percy Jackson) and myself (Baking with Kim-Joy and A little princess) 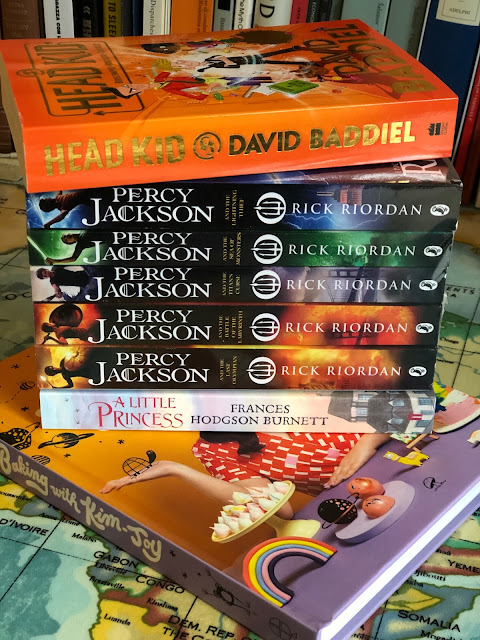 On Wednesday we had a big meeting at Sasha's school, to discuss the options for when he turns 19. A lot of things to ponder about.
It was a rainy day. I took this photo on the bus to the Oxford city centre.
It looks like a watercolour. 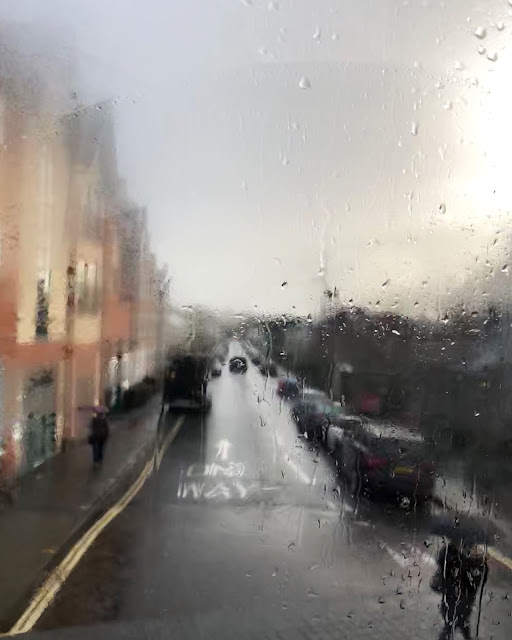 It was Sasha's respite night, so after school Eddie and I went to see Frozen 2 in the cinema. It's not as good as the original film, but we enjoyed it anyway. There are a couple of catchy songs too. And I might have cried a little, when Olaf evaporated (don't worry, he'll be fine).
We left the cinema in the dark, and they were putting up Christmas lights, including this huge bauble, which was still deconstructed and on the ground.
Later we had a dinner at Pizza Express, and then had an early night. 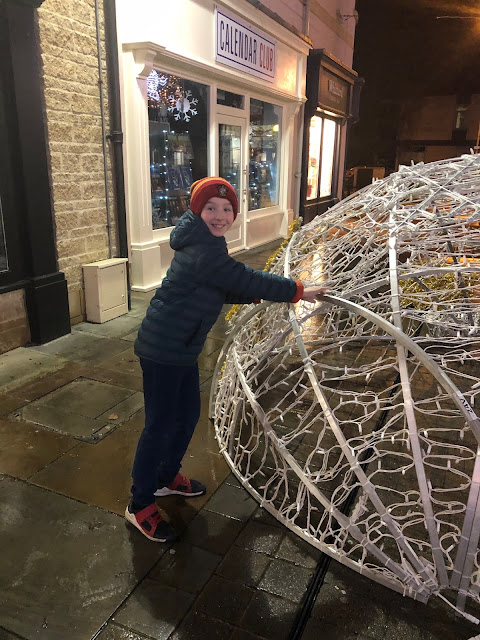 A busy morning on Friday, and a quick cup of coffee at the Blue Boar, which is already decorated for Christmas, including this animal (a sheep? calf? baby reindeer?). 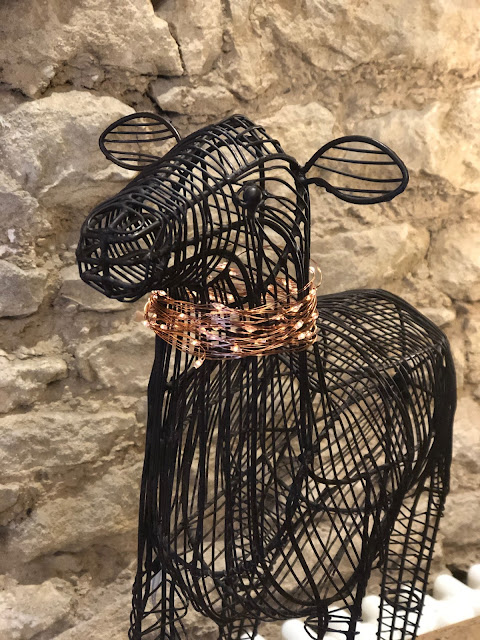 I didn't buy much yesterday, as the only thing I wanted to get for Eddie - a Nintendo Switch - was not on offer. I did buy a set of Holland & Barrett natural cosmetics at half price without looking properly what's inside. I will use all of the products, except I'm not sure about the snail cream.
Maybe I should offer it as a giveaway prize on my blog in January?! Would anyone want it?
I read the info on the box, there are no actual snails in the cream, just their slime. I know these creams are rather trendy, but for some reason I just feel squeamish.

We also got a new hat and scarf for Eddie at White Stuff today (3 for 2 offer), with a cute woollen Christmas tree decoration.

Did you get any good Black Friday bargain? 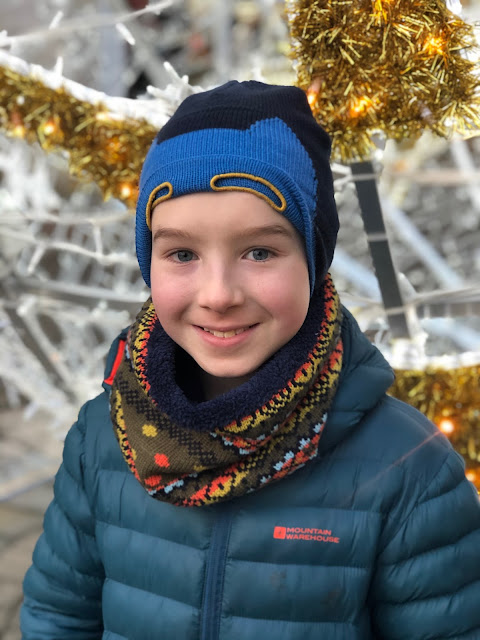 You are invited to the Inlinkz link party!
Click here to enter
Posted by Galina Varese at 20:50:00