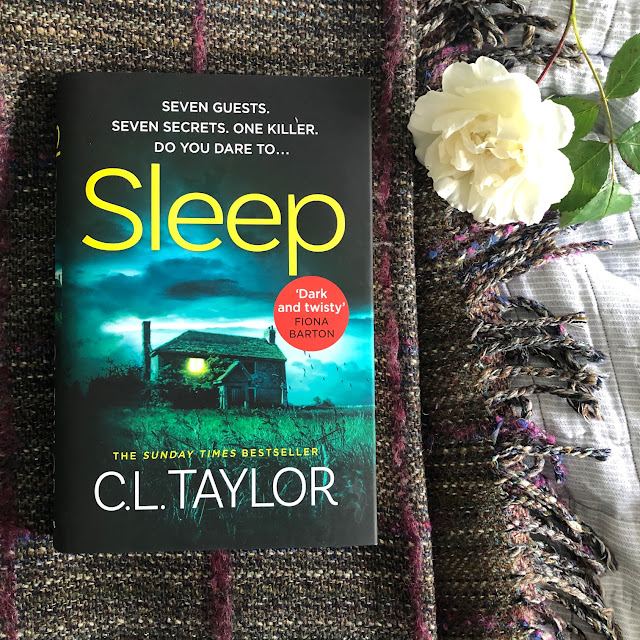 If you enjoy thrillers and dark mysteries set in country/manor houses, hotels or cottages, cut off by a bad weather and circumstances from the rest of the world, then Sleep by C.L.Taylor is just the right book for you.

The story begins with a startling letter written by Anna, acting manager of  Bay View Hotel:
"If you're reading this then I am no longer alive. Someone has been stalking me for the last three months and, if I am dead, it wasn't an accident. Tell the police to speak to my ex-boyfriend Alex Carter about what happened in London. That's where all this started."

Then the narrative goes back in time, to the events happening three months earlier, when Anna is driving a car with three of her colleagues. They are returning from the team-building weekend.
Anna is angry and upset, having eavesdropped to her drunken colleagues' conversation which she was not supposed to hear. They make fun of her ambition to apply for a marketing director job, a position, which they feel, is way beyond her abilities.
On the way to London the car is hit by a lorry. Two of Anne's colleagues die, while the third one is left paralised. Anna blames herself for the accident.

And then the horror of being watched and stalked begins for Anna. Guilt-ridden, she hardly sleeps, and someone is taunting her with threatening messages "You will sleep".
Trying to escape it all, Anna applies for a job as far away from London as possible. But her relief is short-lived. Someone has followed her and is playing sadistic mind games.

And then the first death in the hotel occurs. Anna is panic-stricken: ""I feel like death's trailed me from London to Rum, throwing guilt, pain and regret at me, shaking the ground beneath my feet as it waits for me to crumple..."

Set in an isolated hotel on a small Scottish island of Rum, Sleep promises classic premises for the creepy mind games played by the killer.
There is a small group of characters, all of whom act suspiciously.
The guests at the hotel don't enjoy each other's company, but by the force of circumstances, they have to socialise and ultimately survive.

The cut-off hotel, with its remote location, and no way of getting in touch with anyone on the isle or beyond, works perfectly as a mystery vehicle to intensify the claustrophobic tension and drama.

This tense thriller is a true page-turner, the story absorbs you completely, and the twist at the end will chill your bones. 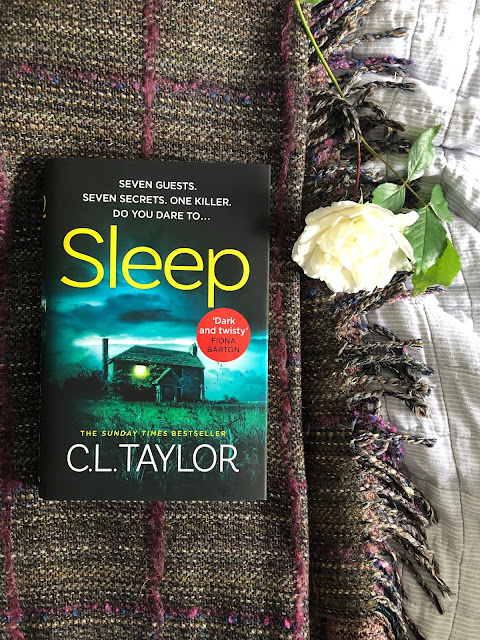