Walking into town today, I was talking to Eddie and asked him if he remembered how different the weather was just a week ago. Then we got soaked, getting caught in the rain and running into the Whittards' shop to hide from the worst of the rain. Today, the sky is blue, with pristine white fluffy clouds, it's not too hot, overall, rather lovely.

Last Sunday we finally managed to have a quick photo shoot with Trunki. In fact it rained earlier that day but by late afternoon, the sun was out and I asked my son to help me with the photos. He has graciously obliged. 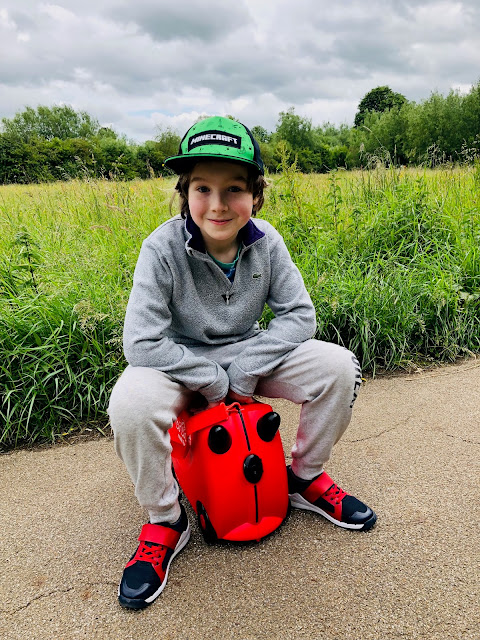 Monday was a busy day for me, and I only managed a couple of photos for the next day blog tour of Victoria to Vikings. These two antique china cups and saucers were one of our wedding gifts from a friend who knows me so well. I love those cups and treasure them. The golden necklace was passed on to me from my husband's grandmother (who was a Marquise/Marchioness), for some reason the Italian lady had a Victorian coin made into a necklace. 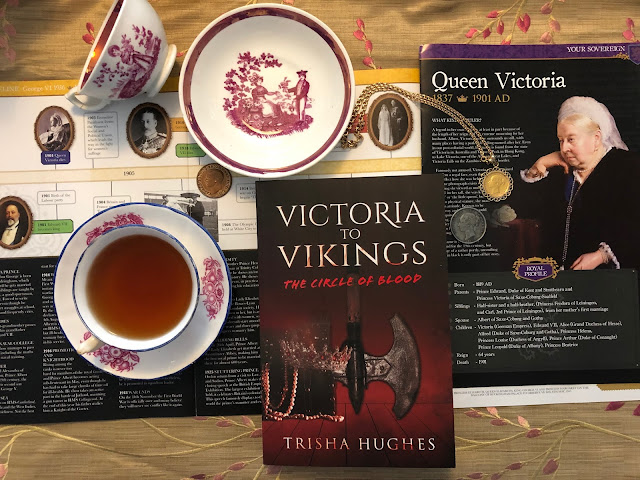 On Tuesday I was catching up on some TV films I missed earlier, and watched the latest two-episode series of Inspector Montalbano. The LEGO minifigures kept me company. 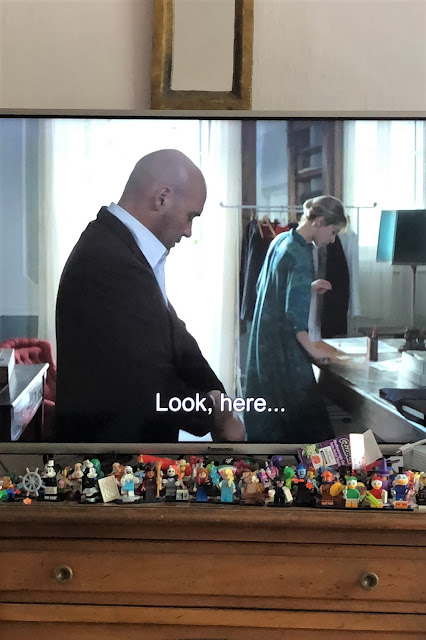 My father-in-law is very interested in Napoleonic wars, and has an extensive library on the subject. When I spotted these porcelain figures in the Blue Cross charity shop, I mentioned them to my husband, asking if he thinks his father would like one of them. Off he goes and buys three of them.
They will eventually move to Italy, but so far are brightening the book shelves in the entrance hall.
I don't think they are antique, more vintage, probably 1950s?! I tried to google, but there are no marks at the base to help finding them. Does anyone know their origins and also what nationality these hussards can be? 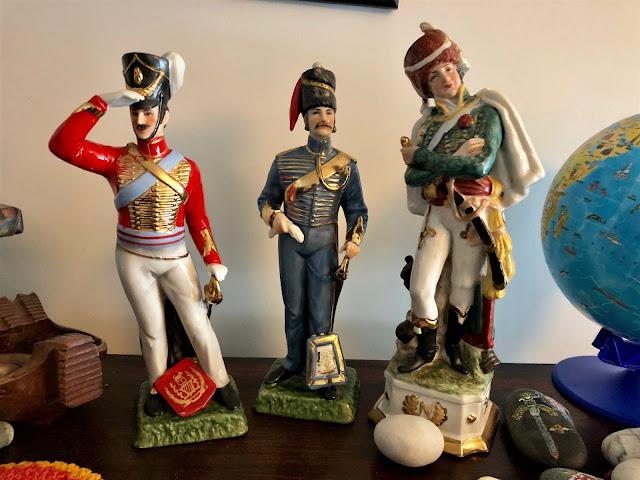 My dragon doodles, inspired by Space Dragons, which Eddie and I have been reading. 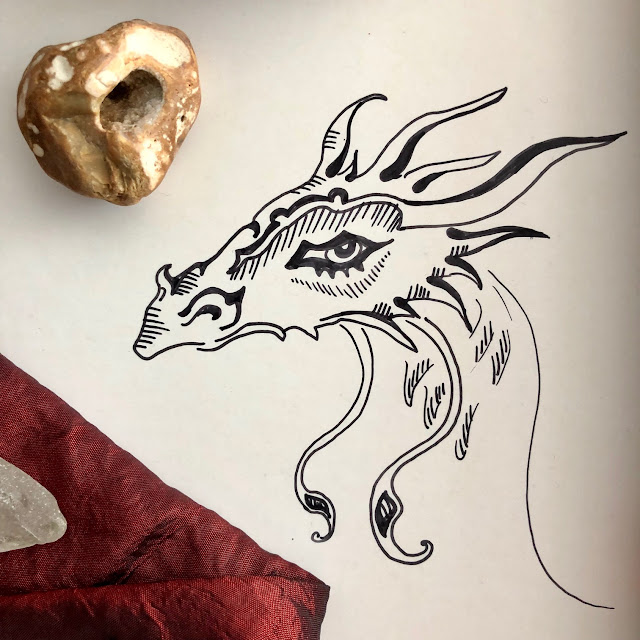 Weeding behind the greenhouse (the nettles were as high as me, eek!), I saw this mini-alpinarium in the stone wall. It's self-planted, but lovely, I'm going to keep it. 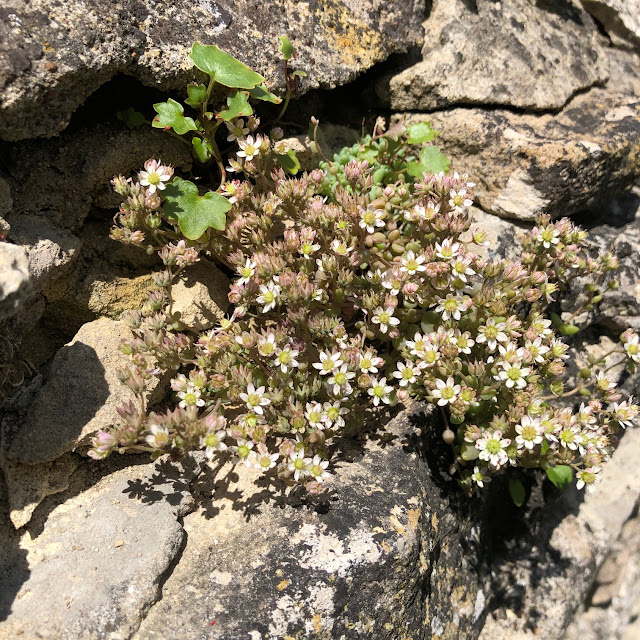 The last couple of days are sunny. I even put a freshly washed duvet outside to dry in the sun. It's still not entirely dry, as it's a very thick winter duvet, but hopefully by the end of today I can take it in and fold away for the colder nights. No pictures of our duvet, but these little dianthus blooms. They have a lovely sweet scent. 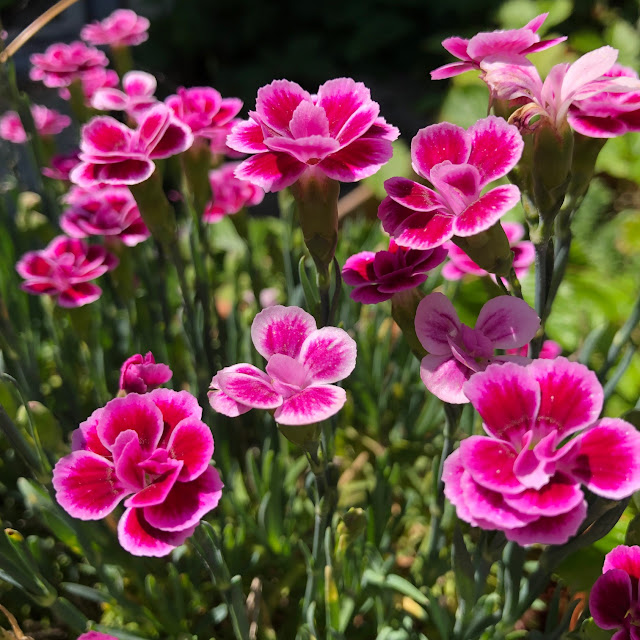 You are invited to the Inlinkz link party!
Click here to enter
Posted by Galina Varese at 17:38:00