It's mid-June, but it doesn't feel like summer at all. It's been raining pretty much non-stop in the last week, including a day when we received a month's full of rain. The school run which is literally a run, as we sprint across town to school under the pissing constant rain.
Last Monday when I was reading with one of Eddie's class mates (I volunteer once a week), we both turned around to look outside, as the rain fell like a wall.

During one of a few quiet minus-rain moments I met this ducky couple. 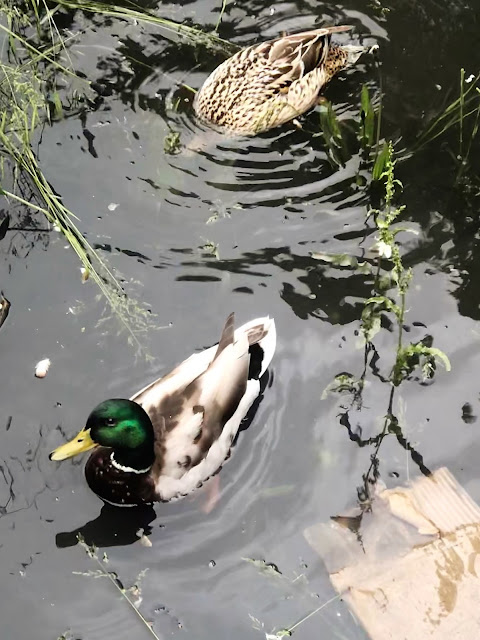 Walking through The Leys to the Royal Mail depot to pick up a packet, I spotted this aeroplane. They are always flying pretty low above the town. 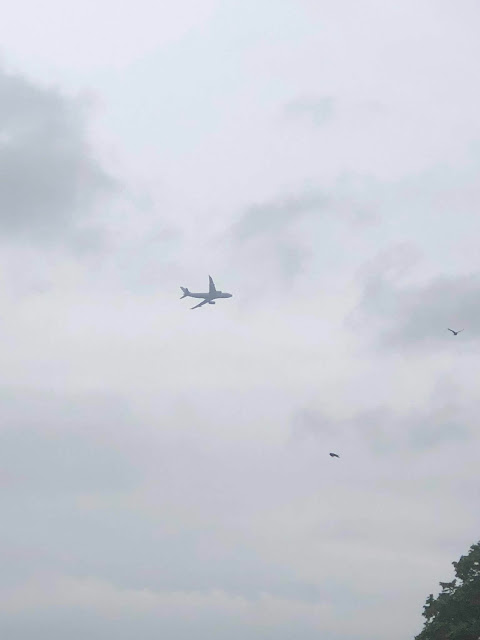 On Tuesday we had to go to the Annual review at Sash's school. I wanted to take a photo of the famous Headington shark (if you're not a local, it's a rooftop sculpture of a shark diving into the roof), but the bus moved too fast for me to capture it properly, and it was also raining.
The Annual review went quite well, it looks like Sash's settled in, which is a great relief, as he was very aggrieved at the start of the year, missing his old school. 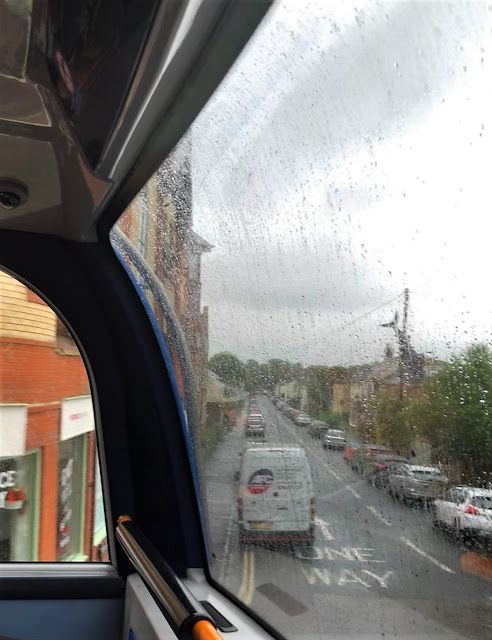 I saw this pretty plant outside M&S. I wasn't sure if it's a buddleia, but googled it and it is called a Buddleia Globosa. I have a more common purple buddleia in the garden, which has cone-shaped clusters of blooms. 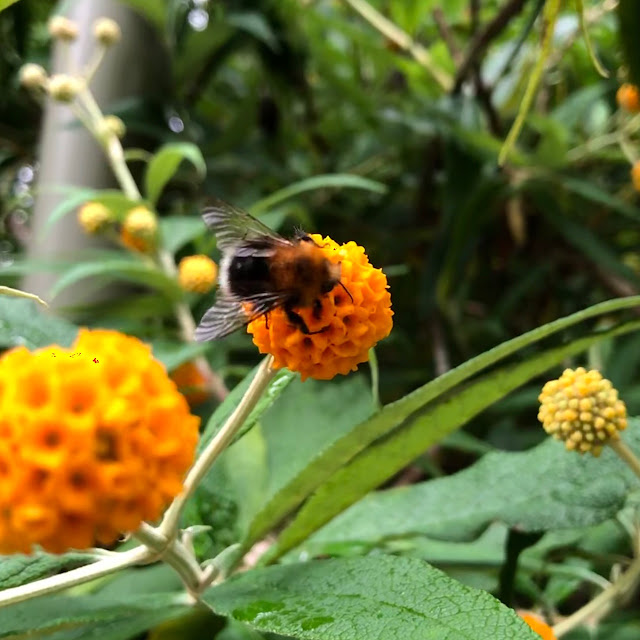 The weather in the last week was pretty abysmal. I've read that some of the SE areas were put on the yellow alert, but the Windrush hasn't flooded, which is a relief. 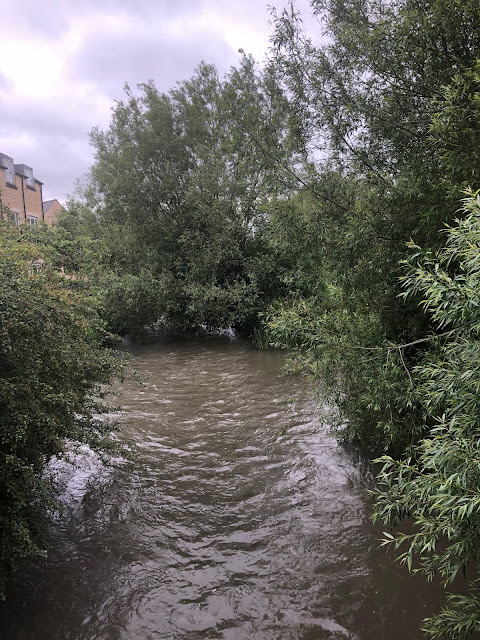 Yesterday evening, while his father was at the college dinner, Eddie was drawing a Father's day card. 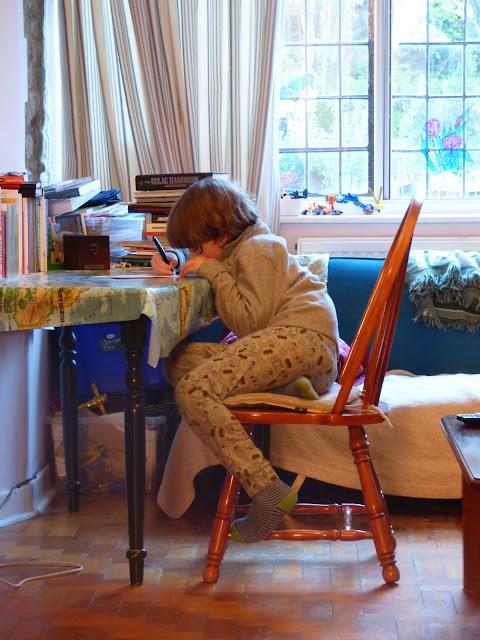 Today we went out together to find a gift for his Dad, we've been to a few shops and got him a nice gift (well, we think it's nice) from both boys. We also had a quick lunch at M&S.

Hope you are having a better weather than we have. 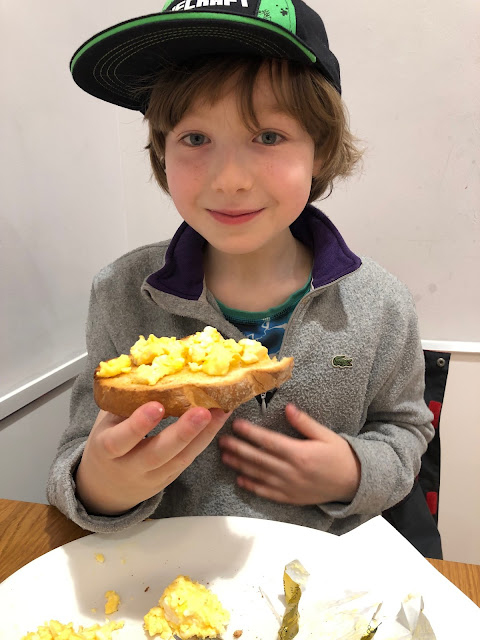 You are invited to the Inlinkz link party!
Click here to enter
Posted by Galina Varese at 16:14:00