We spent most of the last week at home, as Eddie got poorly, with a fever and bad cough which kept him awake at night. He's been off school for several days, and I realised that I haven't taken any photos on Wednesday. Hence two images for Sunday.
The weather was a mixed bunch, changing in one half hour to another from a clear blue sky to a torrential rain and even sleet, then back to sunshine.

The Moon on Sunday was a beautiful bright crescent, but you could still see the whole shape. 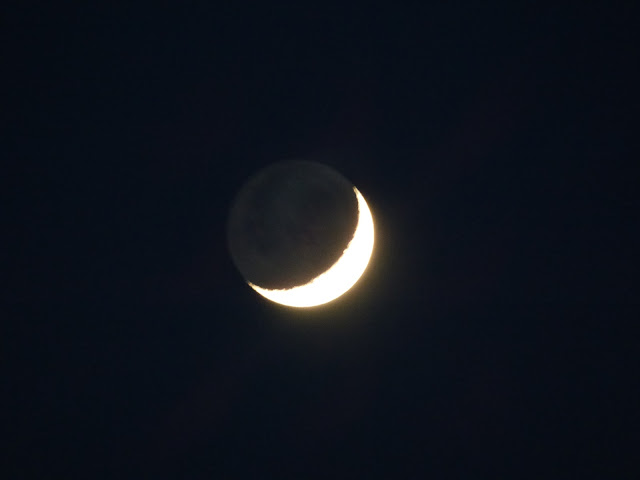 Earlier on Sunday Eddie went to his friend's birthday party, which was a Laser tag. Al the boys including the birthday boy are 1-2 years older than Eddie. He was very excited about the party, and was happy to join in the game. Alas, one of the older kids decided it was a great fun to punch my son in the face, as well as keep pushing him.
He was upset, and I took him outside, asking if he wanted to leave the party earlier and go home by taxi. Ed's friend went to talk to the bully, but the latter shrugged it off by saying it was just a game. Of course, it was, that's what all bullies say. He chose to pick up on the youngest. I didn't want to ruin the party, but I was fuming. These days, of course, you are not allowed to say anything to the other people's children, even if they behave like total shites, or you will be the one in trouble. 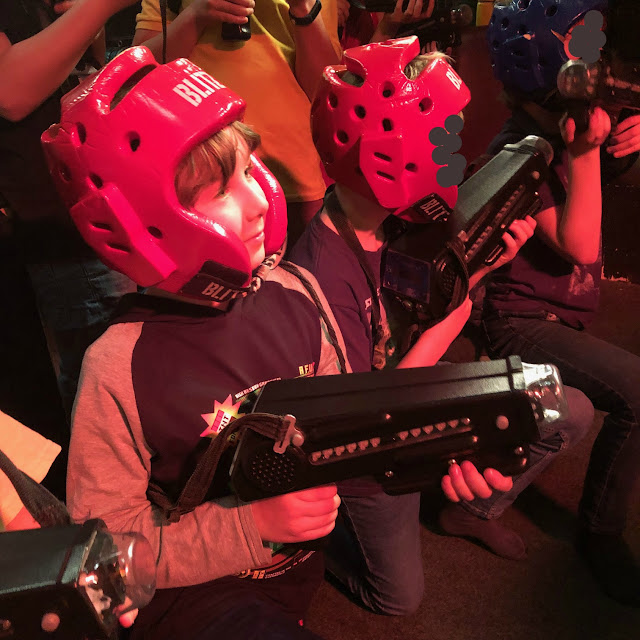 Monday morning was all blue skies and blossom. I walked by the old woolen mill, spotted the postie crossing the road, and liked the contrast of red against the grey, white and blue background. 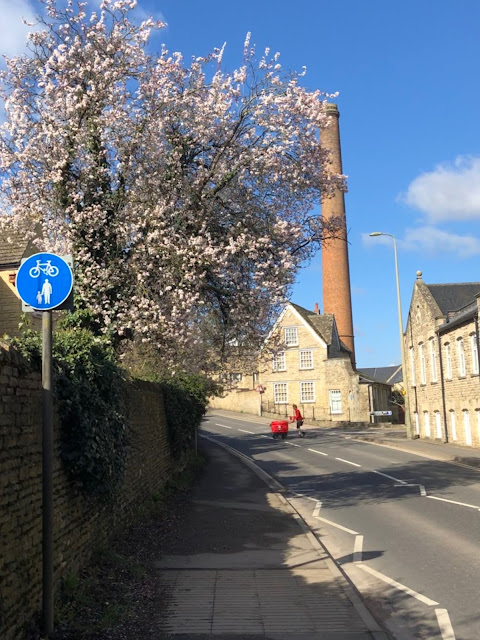 More rain on Tuesday. It was the last swimming lesson for Eddie this year, and I suspect he didn't dry properly after the lesson, and then they walked through a bucketing rain back to school. He was already coughing in the morning, but by the evening his cough has got really bad. 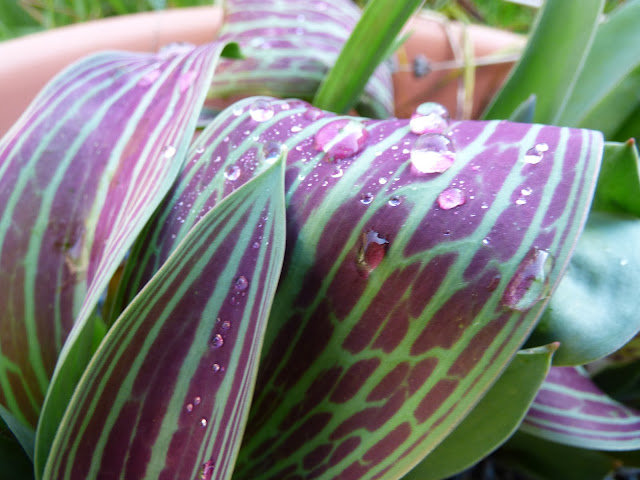 No pics on Wednesday.
In a typical "poorly child"-fashion he was coughing and having a fever one moment, then feeling better and jumping around after the meds lowered the temperature.
Sasha was away overnight in his respite centre, but as Eddie was unwell, we didn't do anything except ordering a pizza and watching a movie. We snuggled up in a duvet and just had a quiet evening. 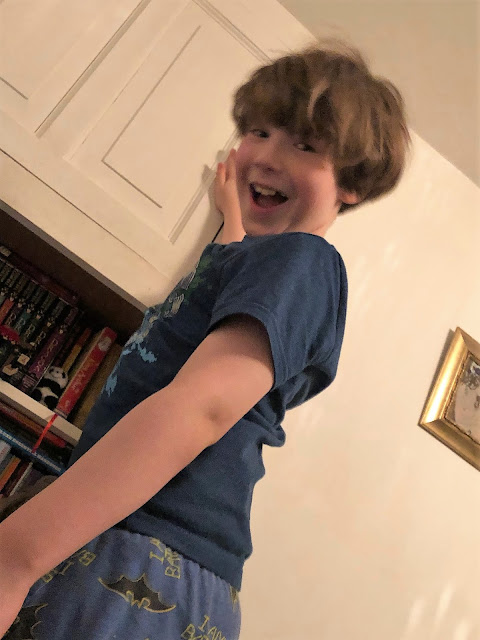 More rain... I walked in the garden, taking photos of the hyacinths my Mum planted last year, to show her what they look like. 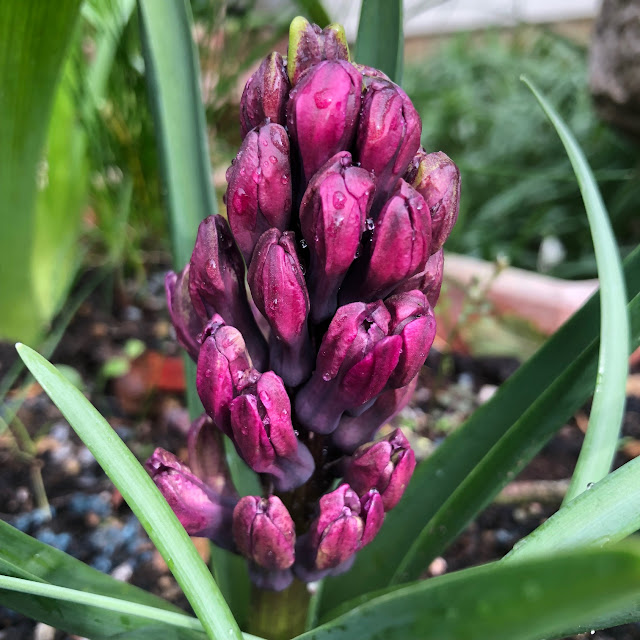 We're at home today, as my husband is away. Eddie is still coughing, though less than the previous days, I hope he'll get better by Monday.

On Tuesday I popped into the local Waterstone's and asked one of our lovely ladies there to recommend me something mindless, preferably crime and not too graphic.
She suggested a couple of books, and for a few days I've been engrossed in If I die before I wake by Emily Koch. It is a story narrated by a young man in a locked-in syndrome, while everyone else believes he's in coma and debate whether to withdraw his life support.
It is an original and heart-breaking story, and the end made be blubber like a baby.
It is a psychological thriller, not graphic (though not mindless at all, in fact very deep and moving).
I finished it yesterday evening, and took a photo today, as I plan to write a review, once I have a chance.
Have you read this book? 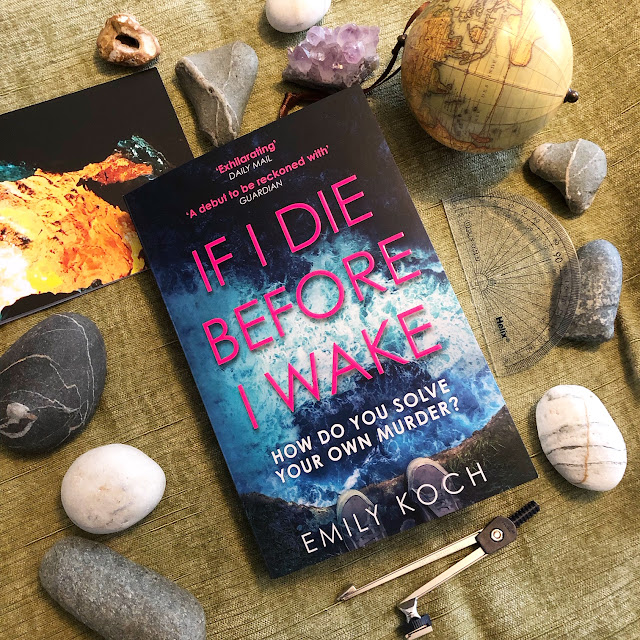 You are invited to the Inlinkz link party!
Click here to enter
Posted by Galina Varese at 15:07:00