March has been a busy month so far. I'm running around a lot and trying to do so much that having a double to split the chores would be helpful.
I'm just back from taking Eddie to a birthday party, and I have a splitting headache from all the screaming party animals.

Sunday: Eddie's practicing the guitar for the next day's class... 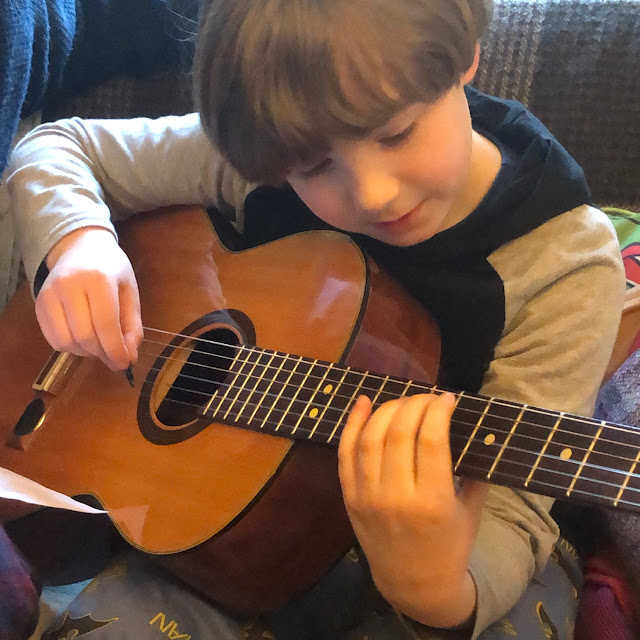 There's a tree in town, which I pass by when I plan to visit the Polish deli and a couple of charity shops. It reminds me of a grumpy witch's profile, with a hooked nose. 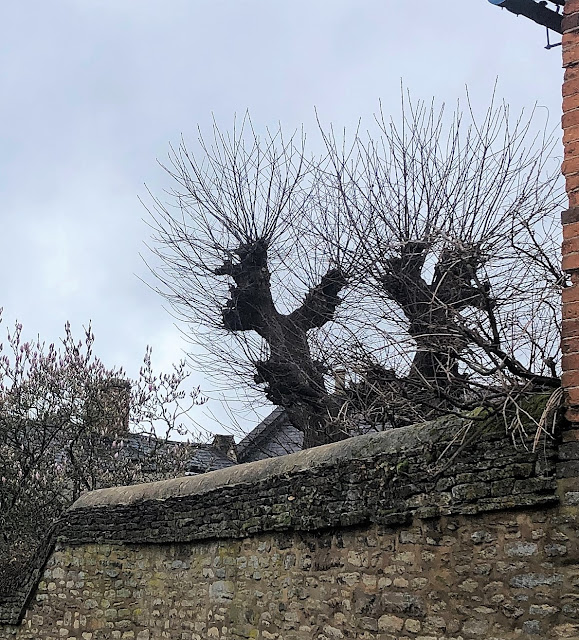 Tuesday was a Pancake day. In the morning I had a dental appointment - thanks goodness, the last one for the time being.
I wasn't overly enthusiastic about making pancakes for breakfast from scratch and bought a tub of M&S fresh batter. OMG, how vile was that. The pancakes were greasy and tasted truly awful. Never again.
To remedy the morning disaster I made a fresh batch from scratch in the afternoon after school.
Now we're talking! 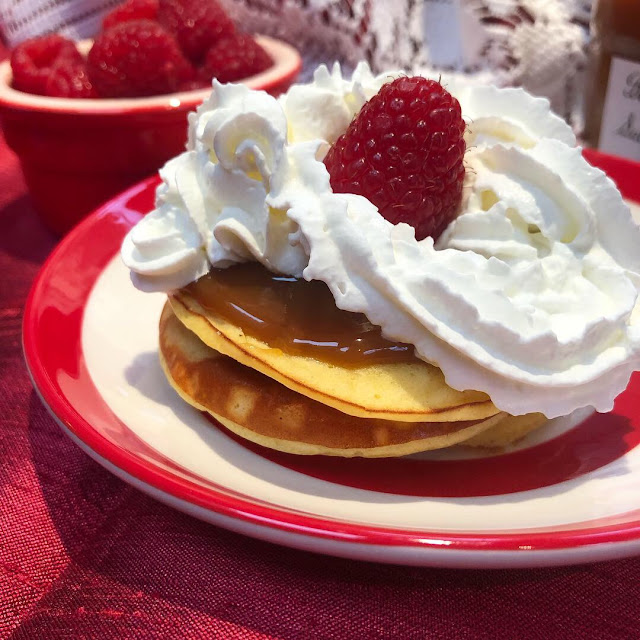 Walking through the garden to pick up a few things from the summerhouse which is now officially my storage for crisps and ice cream, I spotted a lost marble under the cyclamen leaves. 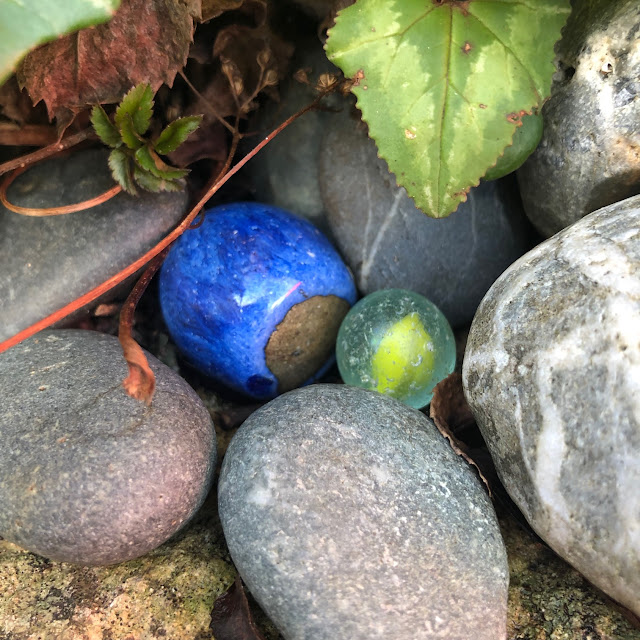 Thursday was the World Book Day, and Eddie went to school in a t-shirt, showing one of his favourite book characters - Edgar the raven from The Raven Mysteries. I drew it the day before with fabric pens on a plain white t-shirt. 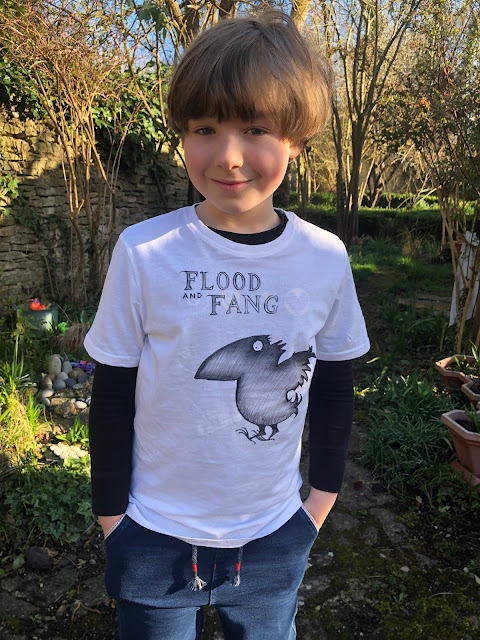 A friend was visiting us on Friday, and I have opened a box of French mini eclairs. You need to defrost them for 3 hours. They were just the right size. The pastry wasn't as good as the freshly baked one, but quite edible, and the fillings were varied and tasty. 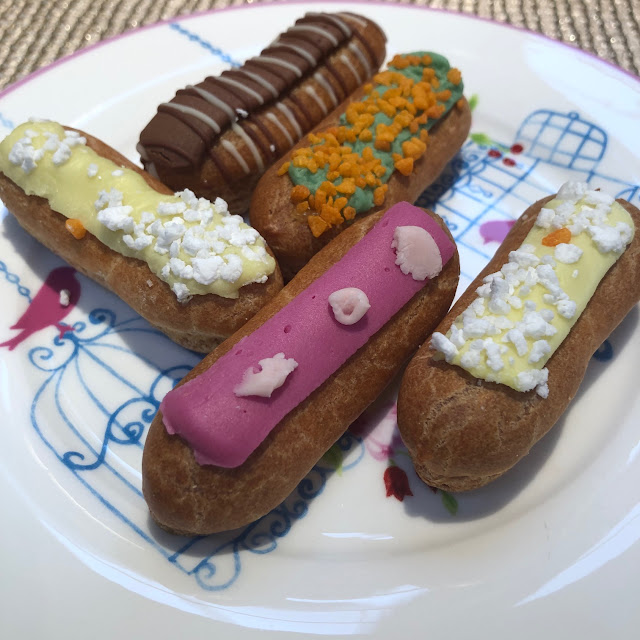 Saturday was a crazy day. We had guests coming over for dinner, so I've been cleaning the house and cooking most of the day.
I've spotted the first ladybird of the season. She was very businesslike, running around the flower pot. 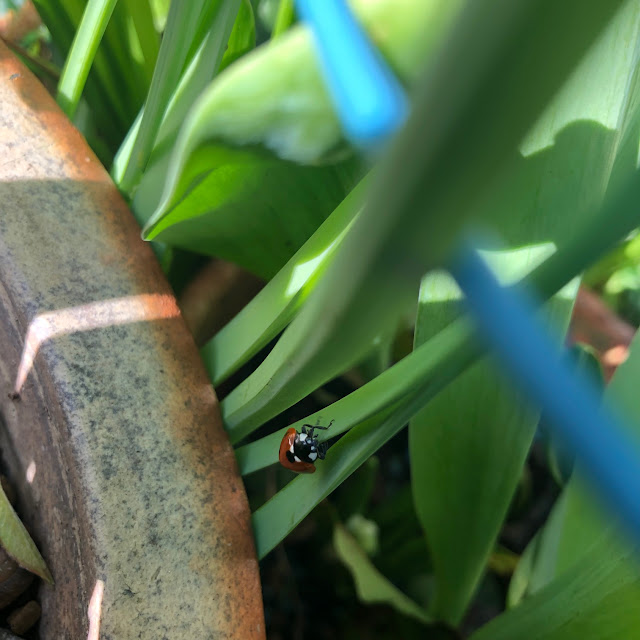 You are invited to the Inlinkz link party!
Click here to enter
Posted by Galina Varese at 18:30:00