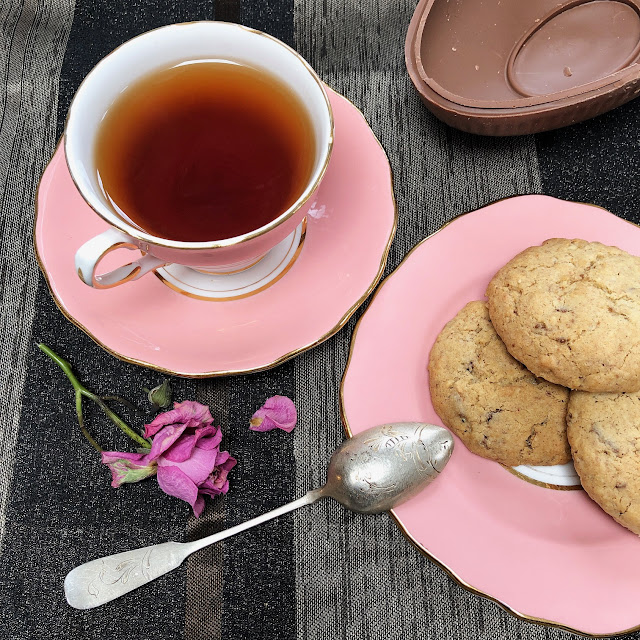 "Tea in a crisis," she said. "I wonder why we British always feel consoled by a cup of bloody tea".
Murderous Mayhem at Honeychurch Hall, Hannah Dennison

"Fenworth nodded. "Yes, yes. Urgent, deadly, insidious. The world is in peril and we must rise against evil". The old wizard released the general and patted him on the shoulder. "Tea and cake first, don't you think?"
DragonQuest, Donita K.Paul

Isn't it ironic how much we depend on tea in stressful situations?! Tea itself might not be the solution to all problems, but it surely helps to calm down and reassess, or revive and just soldier on. At least, that is true in my situation. Can't function without it.
Finding and exploring new tea brands and flavours is an exciting quest.

Roqberry tea is one of my latest tea discoveries. This new British brand has an extensive and varied collection of inspiring hand blended fusions and single source variety teas.

They set out their philosophy rather eloquently: "Each flavour invokes a sense of adventure experienced in its full-bodied and spine tingling aftertaste. Roqberry is set to blend the rules for foodies and tea drinkers alike".

Roqberry range starts with 17 varieties in total: nine tea blends, six infusions and two speciality tea legends. New flavours are promised to be added to the range throughout the year.

Nine tea blends are inspired by the world cuisines, which is an intriguing concept. Would you be tempted to try Sushi & Spice tea, which is hailed as "Tokyo in e teacup, with a moreish blend of savoury and spiky aromatic flavours"? And how about Rooibos S'mores, which invokes the images of the American marshmallow treats roasted in the bonfire? 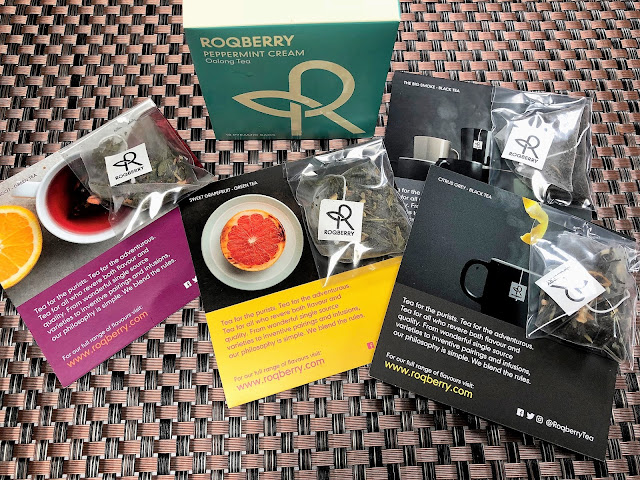 The Big Smoke is described as "smoky and sophisticated with a malty swagger, this swingin' supergroup of black teas captures the lively London spirit. Wake up to the biggest baddest breakfast blend of them all".
This is a blend of Indian Assam Black tea, Chinese Yunnan Black tea and Lapsang Souchong Black tea.
I enjoy smoky teas, and The Big Smoke didn't disappoint. It's a beautiful refreshing brew, a good wake-me-up breakfast tea. 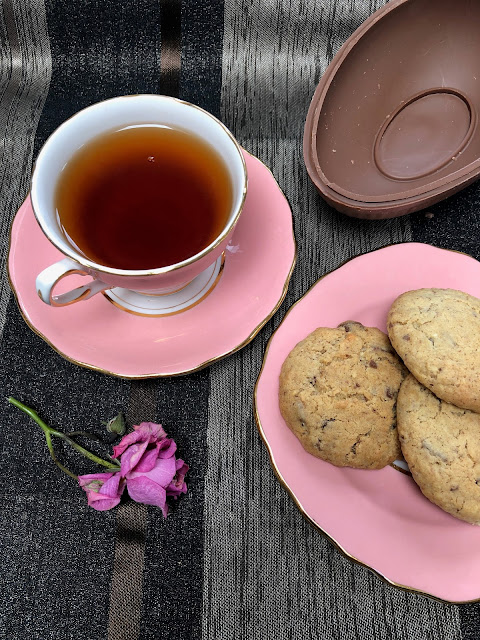 Citrus Grey Black tea is a modern variation on a classic Earl Grey, described by Roqberry as "Natural bergamot meets gentle floral elegance and cheeky bursts of citrus for a smooth, sunny take on good old uncle Earl. Great taste runs in the family".
Its ingredients include Sri Lankan Black tea, lemon peel, lemongrass, lavender, calendula petals and natural bergamot flavouring.
Lavender in tea is not a novelty idea, and having tried many teas with lavender I admit I'm not a huge fan, as it often becomes the most prominent note. Citrus Grey balances all flavours well, but I'd still skip the lavender altogether. 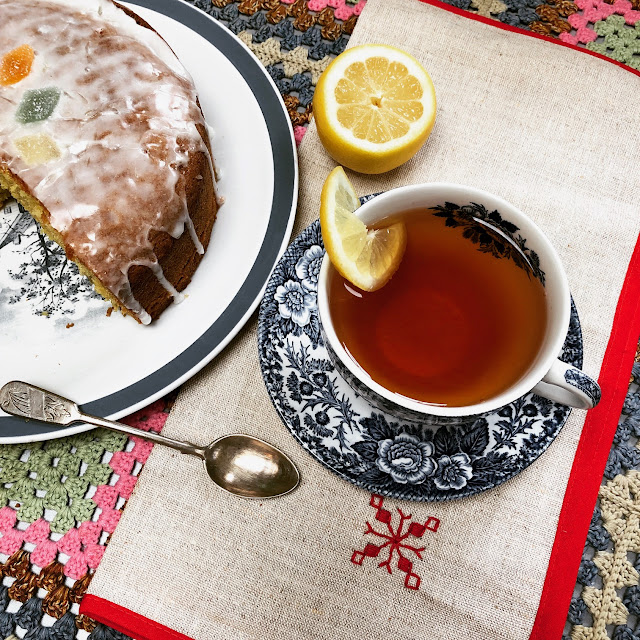 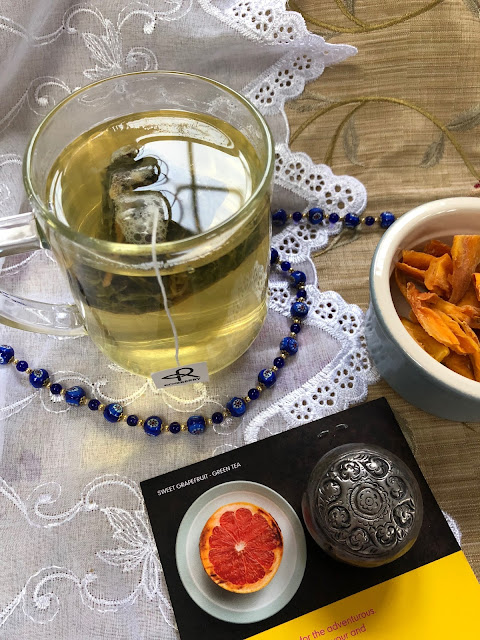 The colour is light straw. This tea would appeal to green tea fans. 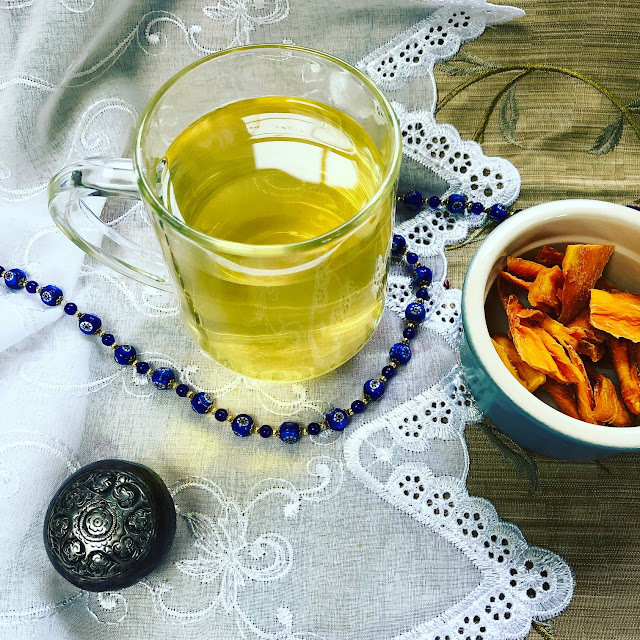 Orange & Root Green tea promises "zingy bursts of orange [which] embrace the earthiness of beetroot for a green tea that'll lift your spirits yet keep you grounded. Fruit and veg in equal measure".
Ingredients include Chinese Sencha green tea, Japanese Sencha green tea, apple pieces, rosehip, hibiscus, beetroot, pomegranate flowers, orange peel, rose petals, natural flavouring;
It is off-red in colour, the flavour is quite mild.
The orange note is not as pronounced as I'd like it to be.
This tea didn't quite deliver its promise. The colour was somewhat insipid, and the taste rather unidentified. 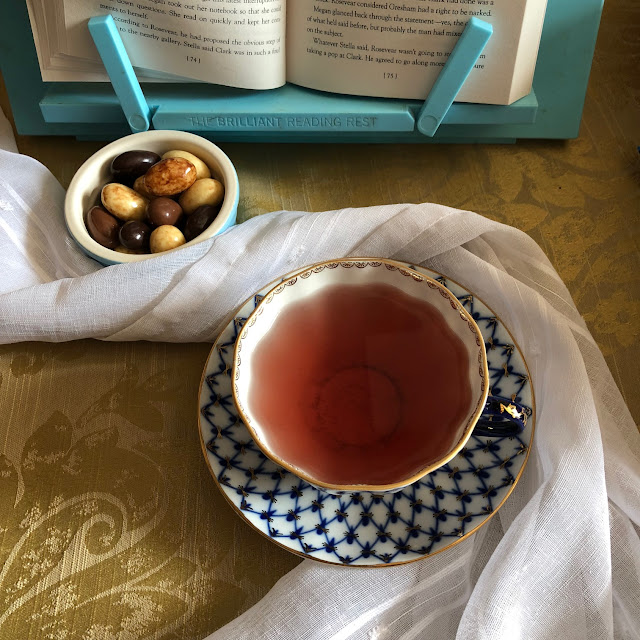 Peppermint Cream Oolong is a delightful combination of cooling peppermint leaves with naturally creamy Chinese oolong, with cocoa shells and cocoa nibs, as well as liquorice. 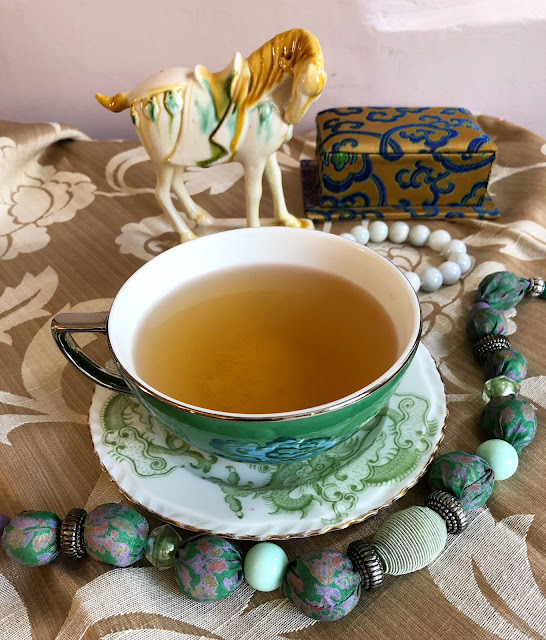 Disclosure: I received several samples of Roqberry tea for the purposes of testing and reviewing. All opinions are my own. 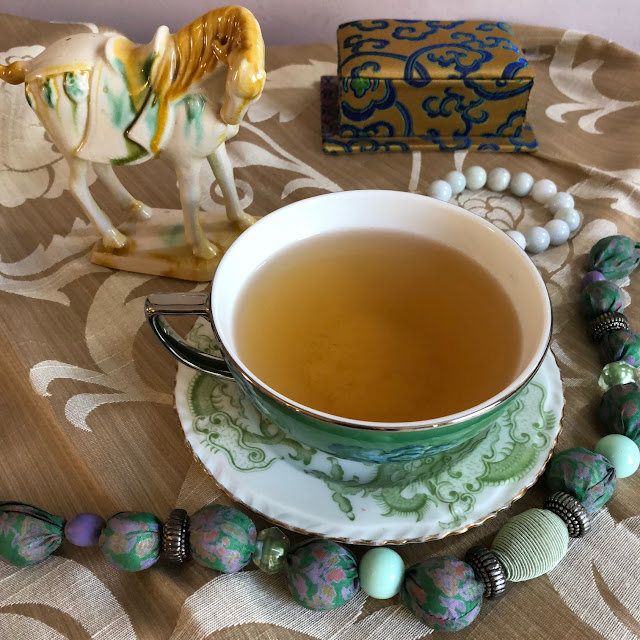