Face painting is a bit of a Marmite really. Some kids love it and couldn't have enough, throwing face paint birthday parties... Some kids hate it and wouldn't let anyone with a brush near their face. My younger son belongs to the not-so-enthusiastic camp.
Last year Mumsnet sent us a Snazaroo Halloween face paint kit to try at home. At first Eddie seemed quite keen to have a go, as there were big posters in the city centre, advertising the face painting booth just before Halloween.
But when the paints were delivered, it took me a lot of cajoling and even bribing him with a Lego toy to allow me to paint a mask on his face. 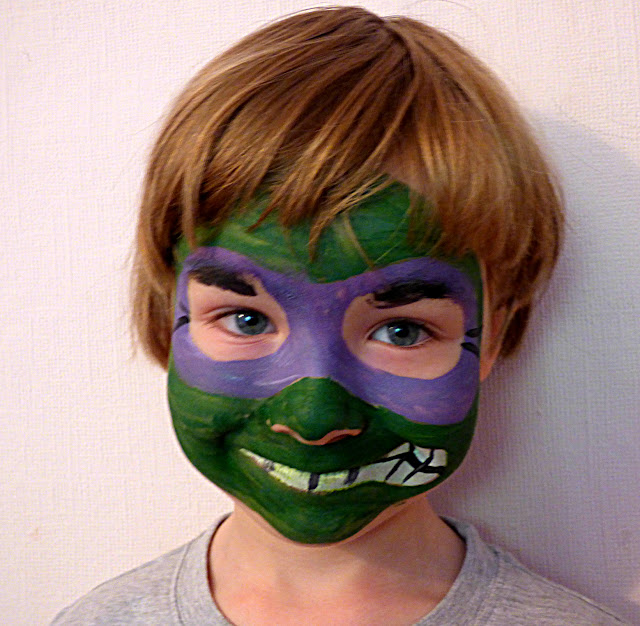 We had a long look online for any possible Halloween mask or character, and he rejected one after another, until we saw some kid with a Ninja Turtle face. That's sorted it then. He is a huge fan of ninja turtles, and we agreed to do a Donatello. 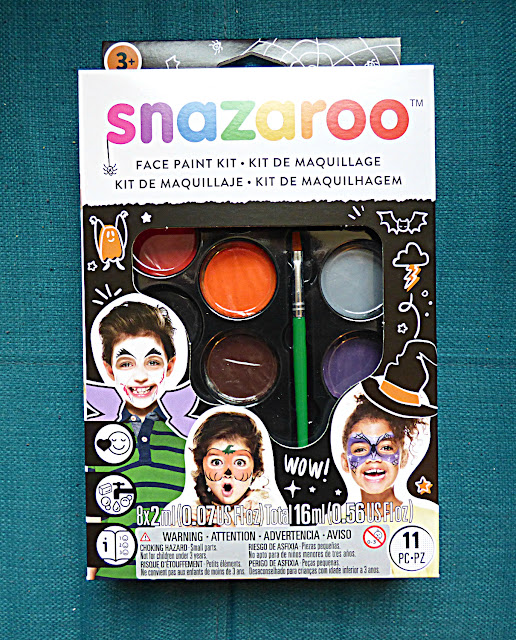 The Halloween face paint kit includes a colour palette and a brush. The paints mix well with a bit of water. Don't add too much, or it will be watered down, and not as effective. Applied to skin, the paint gives a smooth and even coverage.
The choice of colours is not very varied, but you can mix them to achieve a desired effect.
The set comes with a book of instructions and ideas, but having a look at it, my son didn't fancy any of the suggested options. 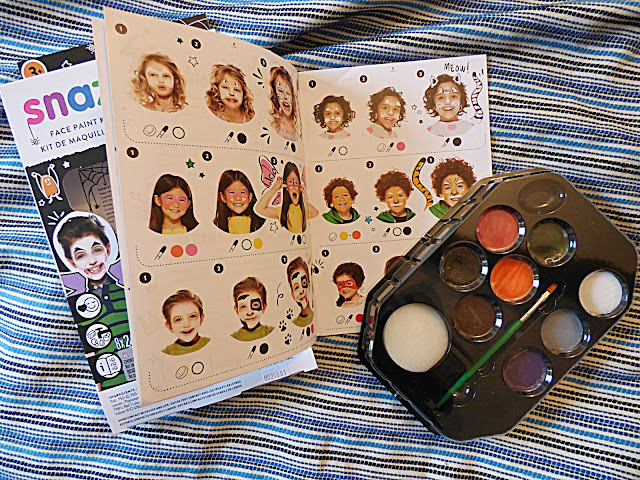 The paint was easy to apply, but not so easy to remove. Though we managed to clear up most of it with a make-up remover lotion, the green left a yellow stain on his face. The friend asked anxiously the next day if Eddie had a bruise on his face. It did in fact look like an old fading bruise. And we only kept the paint for about an hour, I wondered if the stain would have been more intense if we kept the paint for longer. 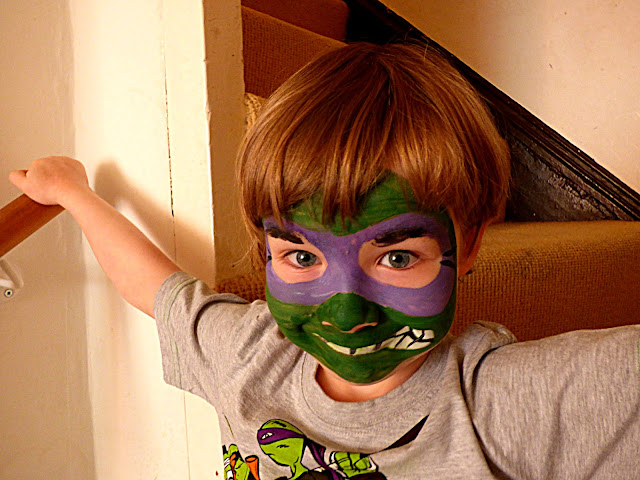 Saying that, Eddie liked his Donatello look, though we haven't touched the paints ever since. The poster has appeared in town again on the run to Halloween, inviting children to have their faces transformed into ghouls, witches, Frankensteins and zombies. When I asked Eddie whether he'd like to have a go, he refused categorically.
I don't want to dissuade anyone from using the face paints. It is a fun product, just not for us. 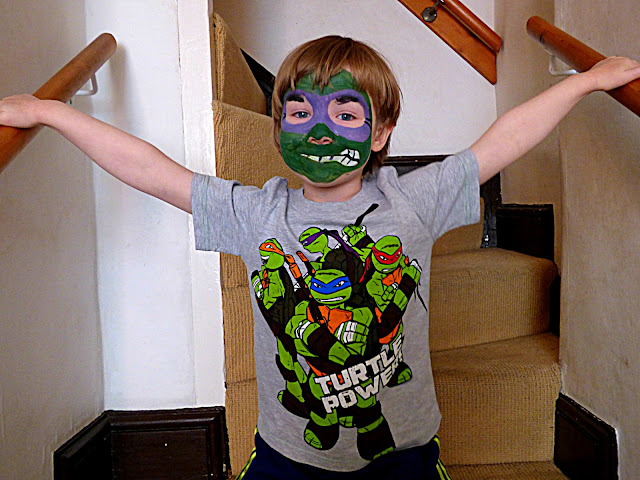 Are you (or your kids) a fan of face paints? Will your children have their faces painted for Halloween? 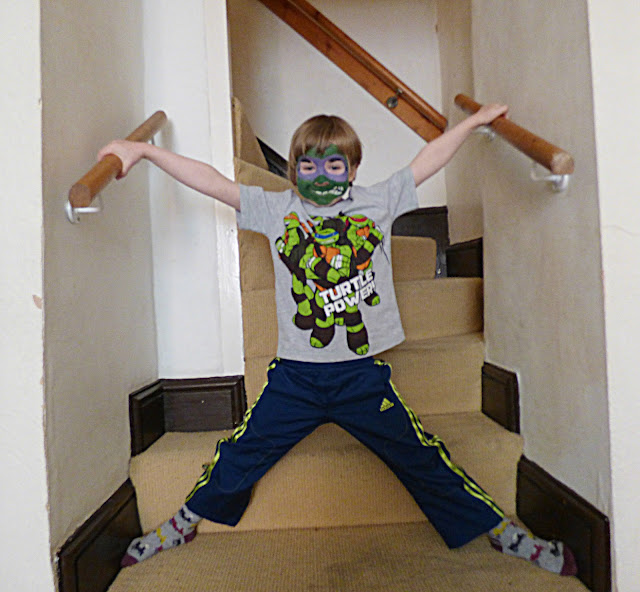