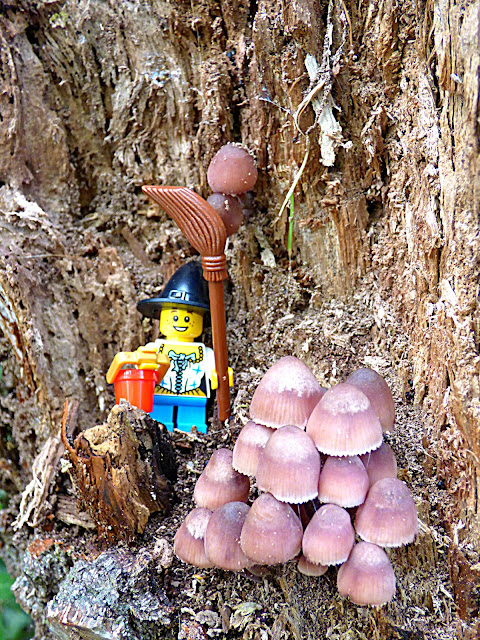 On the run to Halloween many shops have shelves of ghoulish paraphernalia and sweets. I couldn't resist buying a seasonal Lego set - Trick or Treat (40122). I thought I could use a little witch minifigure as a blogging/Instagram prop, and I'm going to stick to my story.
This set was released last year, but we only discovered it this month in Sainsbury's on the Halloween-themed Lego stall. For some reason, they put Lego Ninjago sets there as well. 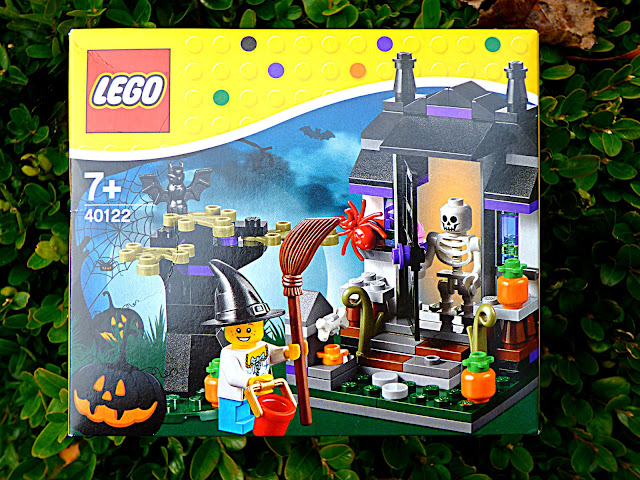 Aimed at age group 7+, it was easy enough for my 6-year-old to assemble it quickly, though by now Eddie is almost a pro. The set includes two mini-figures - a skeleton and a witch.
You can build a haunted house entrance with an opening door and a tombstone, plus a dead tree with a bat. To create a Halloween atmosphere, you also get a few mini-pumpkins and a spider. 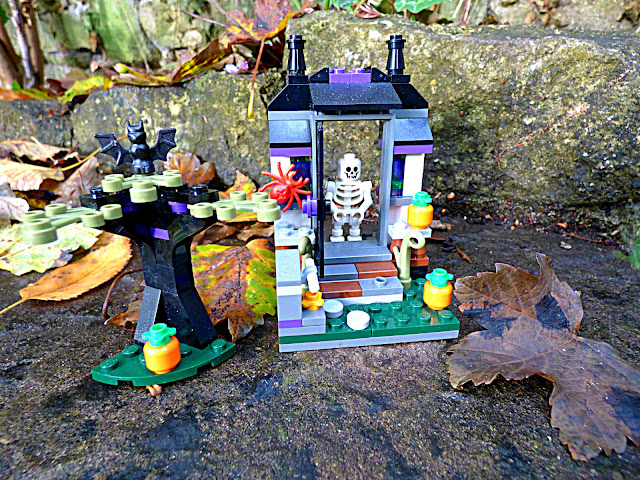 Eddie loves Lego, but he has no "respect" for the autonomy of sets. I wonder how long this set will stay whole and unmolested?! It will probably end up as part of "the biggest Lego house on Earth" that Eddie builds and re-builds from his sets. I give up. As long as he enjoys it. He's actually very creative, and is happily playing with his Lego minifigures for hours.
Though I forbade him to undo some of the minifirgures and mix up their costumes, heads and accessories. I put them in my bedroom on the shelf - "These are mine. You can play with them, but they must return to the shelf as they left it. No swapped heads, darling". 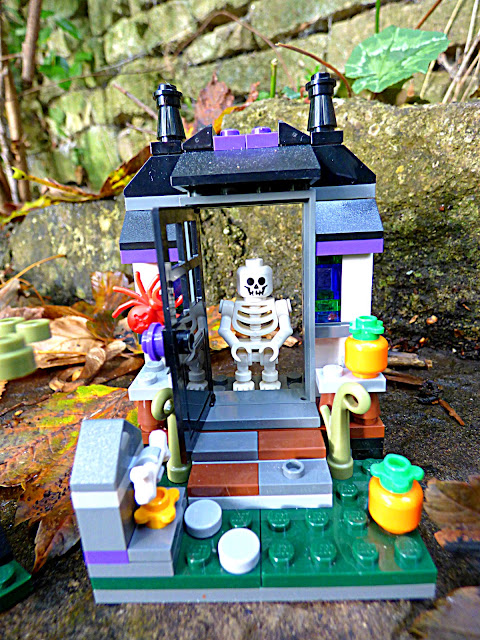 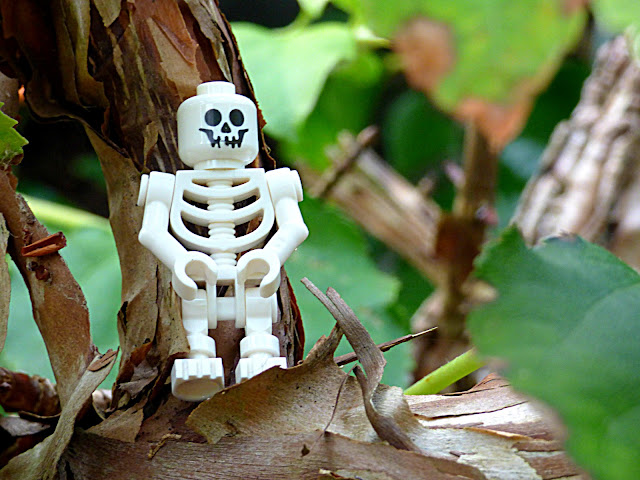