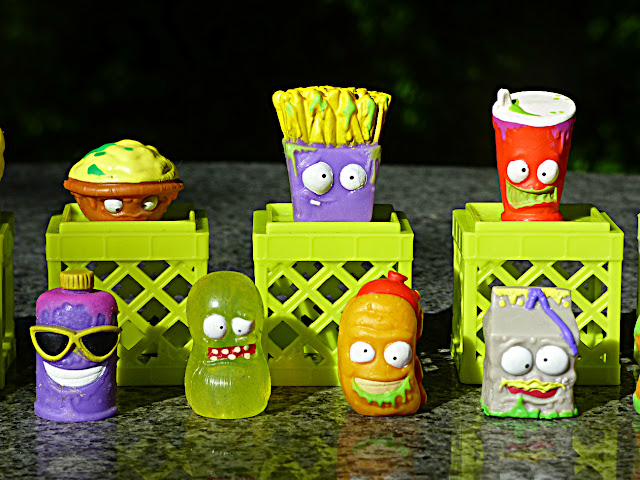 If you're a parent of a primary school child, you probably know a lot about Shopkins, those cute mini collectables that thankfully escaped my son's attention. We know of them, as you cannot escape them in the toy shops unless you live on a children-free planet, and we have also bought them a couple of times as gifts. Now, there is a new range of collectables, which could only be described as anti-Shopkins - it's revolting, it's horrid, it's gross, and it has oodles of appeal for kids like my son Eddie - give a big welcome to The Grossery Gang!
There are over 150 characters to collect in the Grossery Gang. 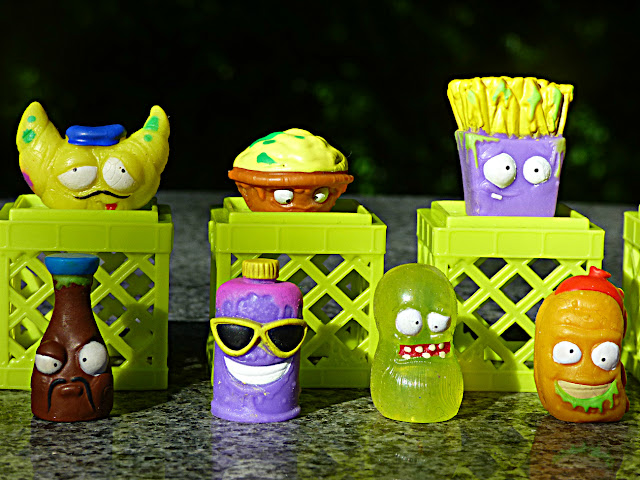 While grown-ups might think "Just who on earth has come up this crazy toy range?", less mature people - like my son - find the names absolutely hilarious. Apparently, the names Shampoop and Pukey cookie are cool. Me, I'm not so sure.
You can start collecting your grosseries, buying foil bags and containers of different sizes. Mini Corny Chips cost £2.50 per bag and include one crate with one collectable item. We received four mini-bags to go with the Yucky Mart. 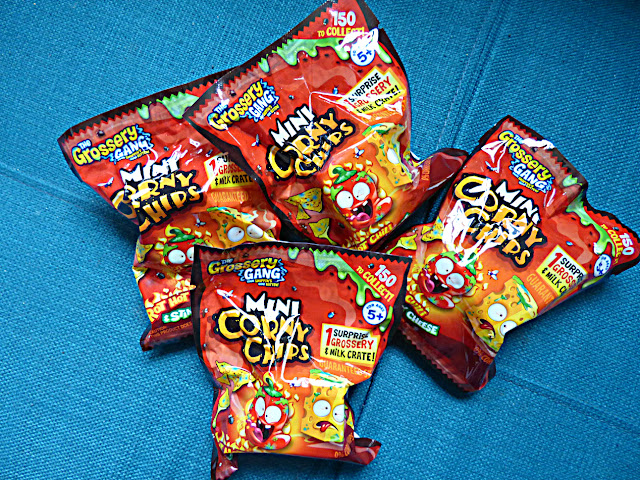 Eddie was excited to see that both toy shops in town have a big display of the new range.
We have already started buying more corny chip to add to the collection. Crusty Chocolate Bar at £2.50 includes a bar-shaped plastic mini-chest with two grosseries, so one item comes at £1.25, already a better value than Mini Corny Chips. 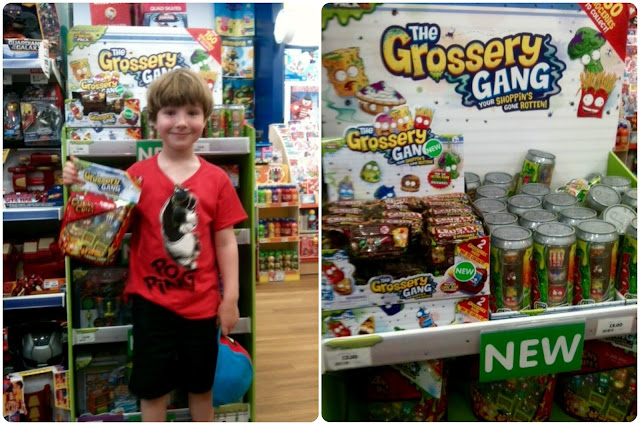 The Grossery Gang Corny Chips with 10 items is probably the best value as it retails at £10. 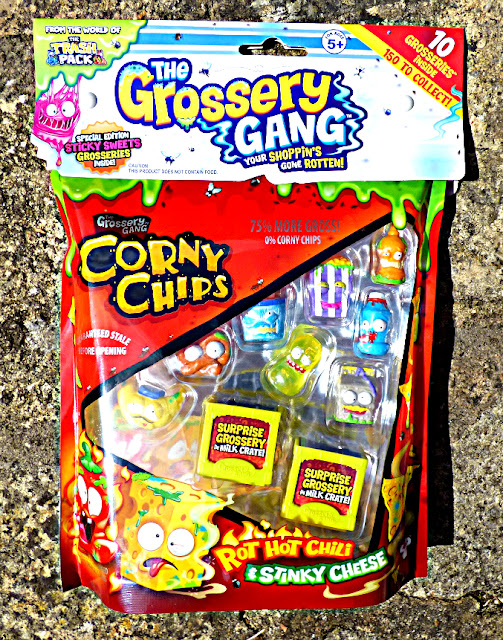 I don't know if every pack has a moldy veg in the sealed bag, but we got one of them. The other one was from the Crusty chocolate bar. The moldy veg is supposed to be ultra-rare.

Let's have a look inside The Yucky Mart.
There is a freezer, a counter-display unit, a microwave and the actual shop front. The slushie is added to the top of the mart. 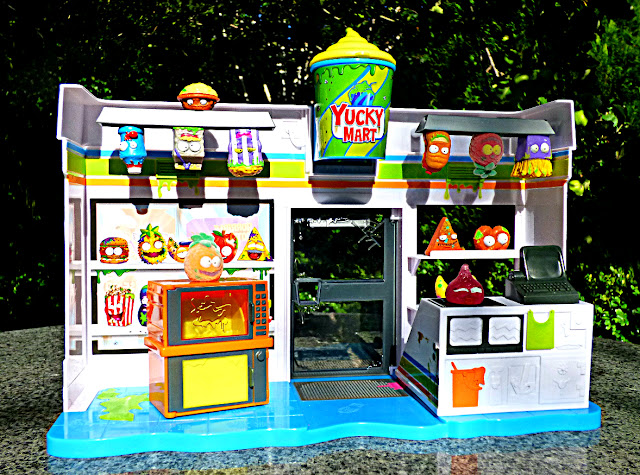 Open the door at the front of the mart, and put the grosseries on the shelves to display them. 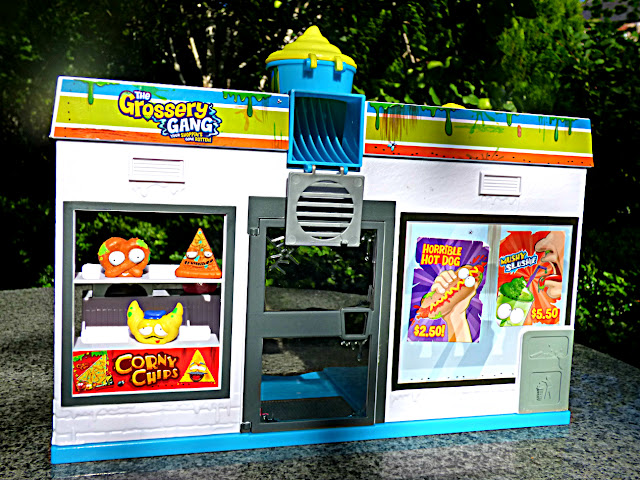 Dunk the grosseries in the slushie, check out the launcher on the counter, chuck them into the queezy freezer and mouldy microwave or hang them upside down on the ceiling. 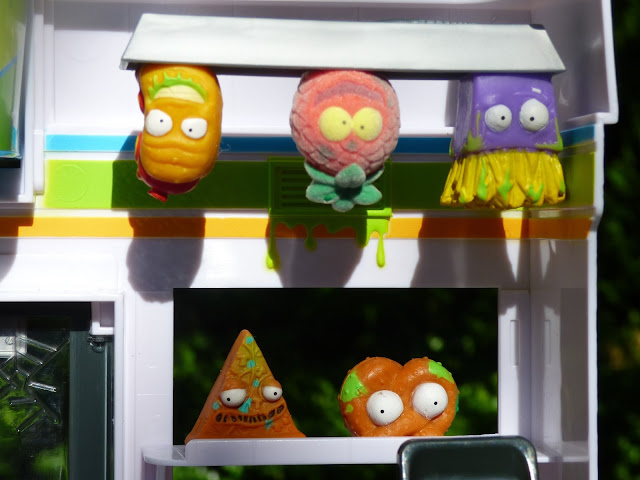 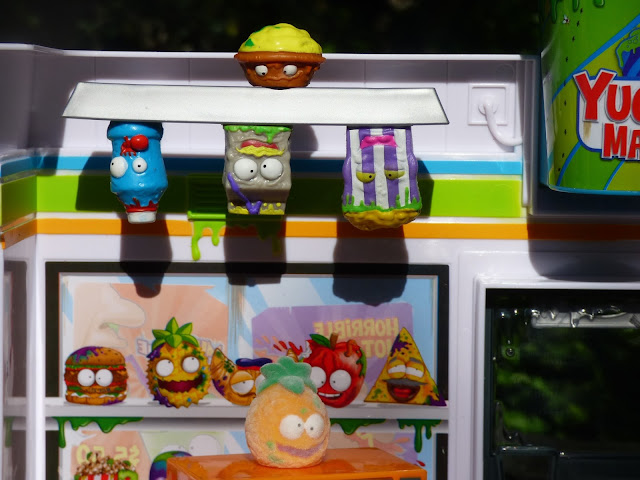 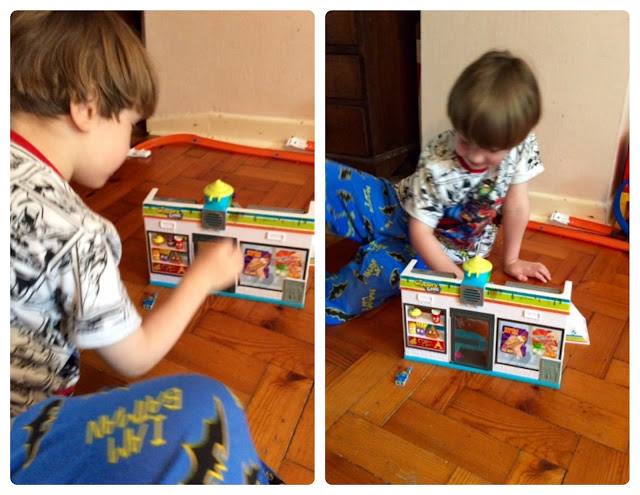 The Grossery Gang is a new toy craze which will appeal to primary school children. Recommended age is 5+, as these are small squishy items which might potentially be a safety hazard for younger children.

If you are buying just the Mart, you only get two grosseries. It would have been a better idea to add more collectables to the set including possibly a rare veg. 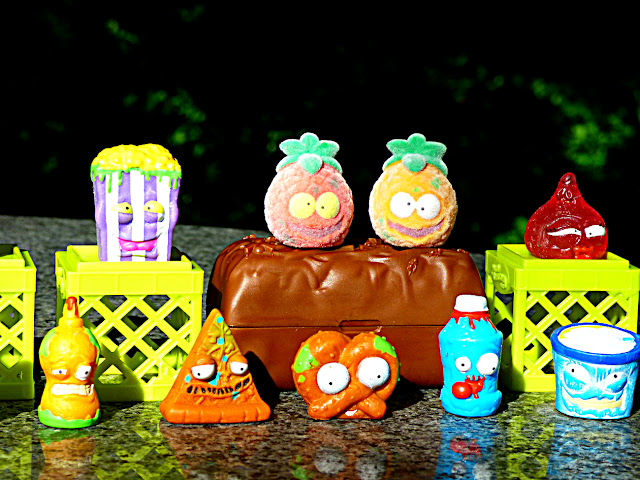 Disclosure: We received the playset for the purposes of testing and reviewing. All opinions are ours.