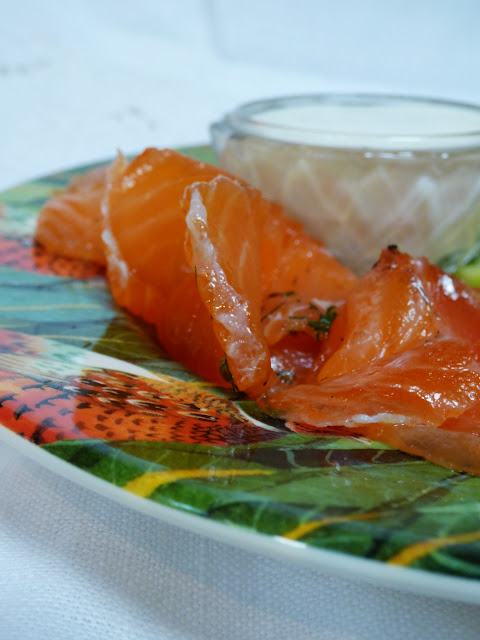 Homecured salmon always makes a great starter - it looks impressive and tastes delicious. I quite often cure a big slice of salmon with salt, sugar, selection of herbs and spices and usually vodka. And it's the first time I have tried a recipe for the salmon cured with a beer. Stella Artois as an ingredient in cooking adds a special flavour to the cured salmon.
Jimmy Doherty has recently partnered with AB InBev to open the Barley Beerstro, a unique dining experience that puts emphasis on beer and barley as ingredients in cooking. Jimmy has designed an inspired taster menu, using some of the most popular beers in the UK.
Each recipe uses barley as a base ingredient.
I was inspired to recreate his recipe for Stella Artois cured salmon. I don't often drink beer, but if I do, it's usually a Peroni, Birra Moretti or Stella.

Stella Artois Cured Salmon with Pickled Cucumber, Horseradish Cream & Stella Artois Barley Crispbreads will make a splendid starter for a festive meal (think Christmas or any other occasion when you are entertaining).
It is a delicious starter, made with the beautiful natural ingredient, barley, a key ingredient in beer, including Stella Artois. 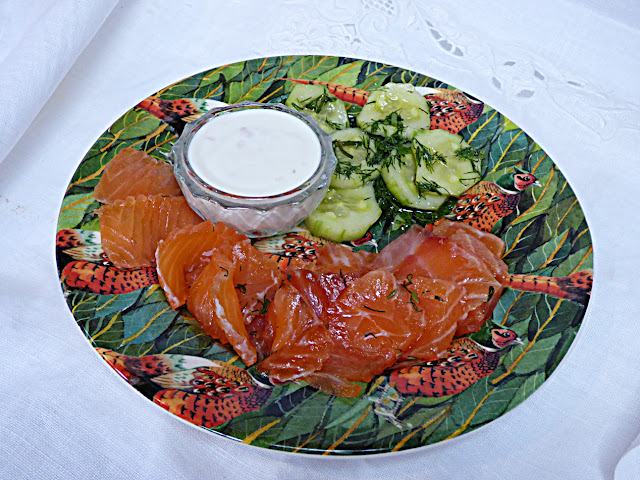 Prep notes: For easy on the night preparation of this dish both the pickled cucumber and crispbreads can be made up to one-week in advance, and stored well in airtight containers. The Stella Artois cured salmon is able to be cured up to 3-4 days in advance.
Tip: The salmon can be left for a further 24 hours for a more intense flavour. 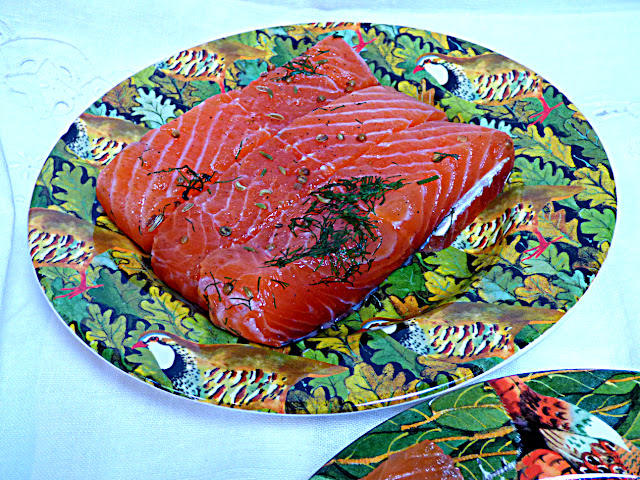 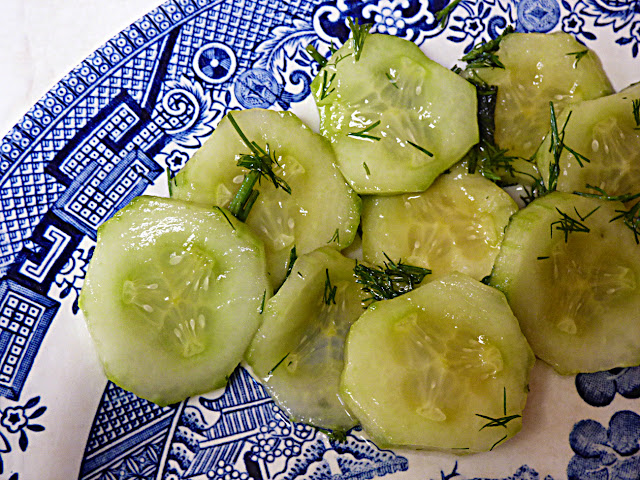 Method
For the Salmon
1. Lay the salmon in a deep sided baking tin lined with a double layer of cling film.
2. Add the salt, sugar, fennel seeds, coriander seeds and dill to a small bowl; mix well.
3. Press the cure mix evenly all over both sides of the salmon. Drizzle Stella Artois over it.
4. Wrap the salmon in cling film, and use extra cling film if necessary to enclose the salmon and cure completely. Place another tray on top and weigh down with some heavy tines.
Place in the fridge overnight.
5. To serve, unwrap the cling film and scrape off all the cure mix. Rinse in cold water and pat dry with kitchen paper. Slice the salmon thinly and place on a serving plate accompanied by the crispbread, cucumber pickle and horseradish cream.

I used two heavy ceramic baking dishes for preparing the fish, one smaller size went on top. The salmon I cooked was over 500g, so I have adjusted the amount of salt, sugar and spices accordingly. 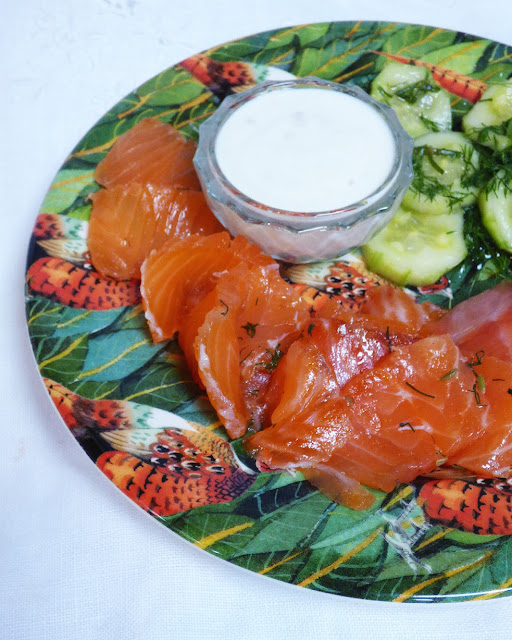 I didn't bake my own crispbreads as I couldn't find barley flakes and barley flour. I might find them locally, if I visit all delis and health food shops in town, but it's being summer holidays, I had no chance. Shopping with my younger son is not a walk in the garden as it is, he starts asking "Are you nearly finished?" as soon as I put the first item of my shopping list in the basket.

But - in case you fancy trying the full Monty, here is the recipe for Stella Artois Barley Crispbreads.

For the Stella Artois Barley Crispbreads
1. Preheat the oven to 180C/fan 160C/gas 4.  <--- I presume, that's after the dough has risen, as you wouldn't keep it on empty for over an hour.
2. Add the barley, spelt flours, salt and yeast to a medium bowl.
3. Make a well in the centre and pour in the Stella Artois. Mix well until it comes together into a dough.
4. Turn the dough onto a lightly floured work surface and knead for 5 minutes until smooth and elastic. Return the dough to a lightly oiled bowl. Cover with a piece of cling film and leave to rise for 1 hour until doubled in size.
5. Turn the risen dough out onto a lightly flour dusted work surface. Add the barley flakes, pumpkin and flax seeds. Knead well to fully incorporate all the seeds.
6. Divide the dough into quarters, place one ball of dough on a baking sheet between two sheets of lightly oiled baking parchment. Cover the dough you're not working with in a piece of cling film to prevent it from drying out.
7. Using a rolling pin, roll the dough until very thin. Use a fork to make dot marks all over the crispbread, drizzle with a little rapeseed oil. Cover once more with a sheet of baking parchment. Bake for 25-30 minutes until golden brown and crisp.
8. Remove from the oven and allow to cool completely on a cooling rack. Break into shards to serve.
9. Repeat the process with the remaining dough. 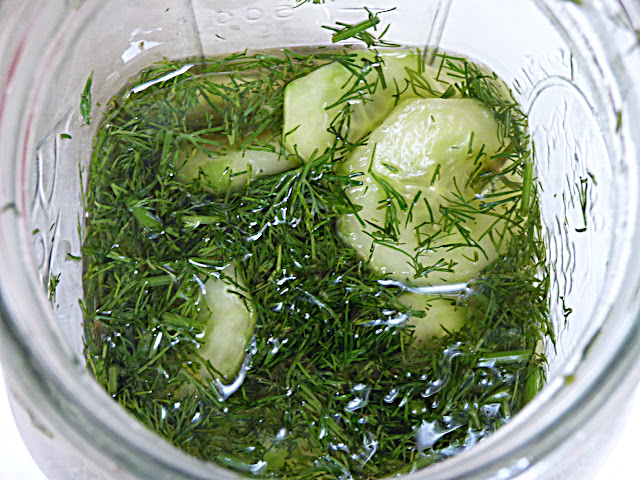 For the Pickled Cucumber
1. Cut the cucumber into 2cm slices on an angle and place in a bowl.
2.Sprinkle over the salt. Leave for 10 minutes to let the cucumber absorb the salt.
3. Rinse the cucumber in cold water; gently squeeze out any excess water.
4. Add the cucumber to a bowl.
5. Heat the sugar and vinegar together in a small saucepan, until the sugar has dissolved. Remove from the heat and allow to cool slightly before pouring over the cucumber. Stir in the dill. Store in the fridge in a sealed preserving jar.

I sliced the cucumber thinly rather than into 2cm pieces.

For the Horseradish Cream
1. Mix the creme fraiche and the horseradish, season with a little salt and pepper and serve.

Serve with a cold chalice of Stella Artois. 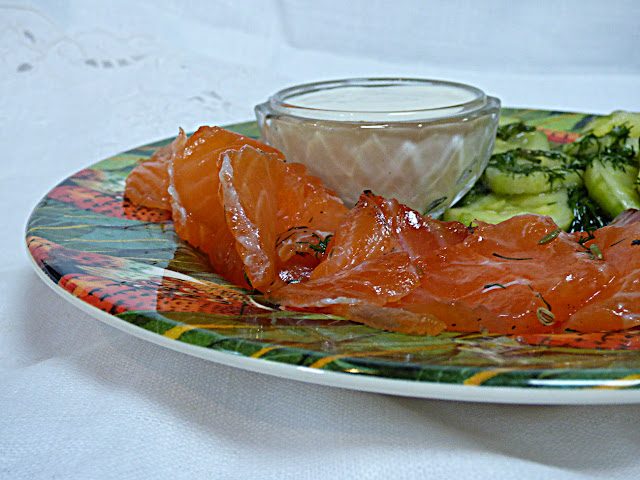 This is an excellent recipe. I have discovered that the beer works very well in preparing cured salmon. The pickled cucumbers and horseradish cream were a lovely touch too.
If you don't want to make your own crispbreads, Peter's Yard makes outstanding sourdough crispbreads.
I tend to make little size blini to serve as a base for the salmon topping with soured cream and dill.

And while it might not be a budget recipe as such, it is much more economic to make your own cured salmon, as any fancy smoked salmon piece of this size would cost an arm and a leg.

Disclosure: I received a supermarket voucher to cover the cost of the ingredients to try and test the recipe.
Posted by Galina Varese at 20:49:00