The last couple of weeks were quite eventful for us, we had Eddie's birthday party, guests at home, and a week-long trip to Cornwall. As the Internet connection in the village where we stayed is pretty bad, I skipped doing any blogging, hence a 2-weeks' installment of my photo diary today.

Eddie has been planning his 6th birthday party probably since the day of his 5th birthday party. He changed his mind about the venue a few times, his guest list was forever changing. We have invited the whole class, and had 11 guests at the actual party, which is pretty good, as it was already the beginning of summer holidays, and quite a few of his friends were off to warmer climes. The cake was another big decision - it was a tough choice between a Kung Fu Panda, Scooby Doo, Star Wars or Tom & Jerry cae. 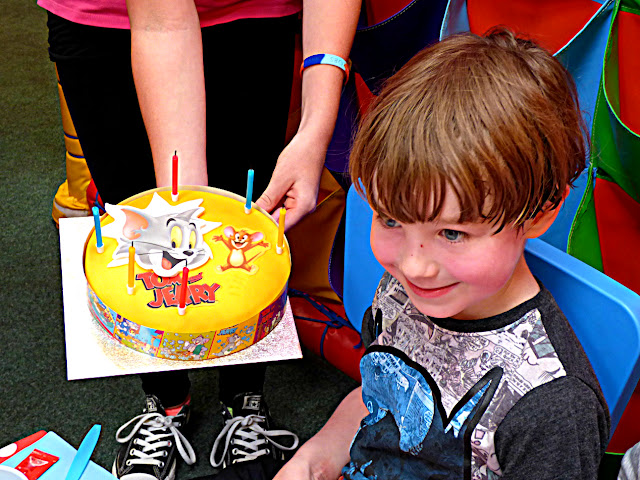 His actual birthday was on Monday. We invited one of his friends to come over for a play date and more of the cake. 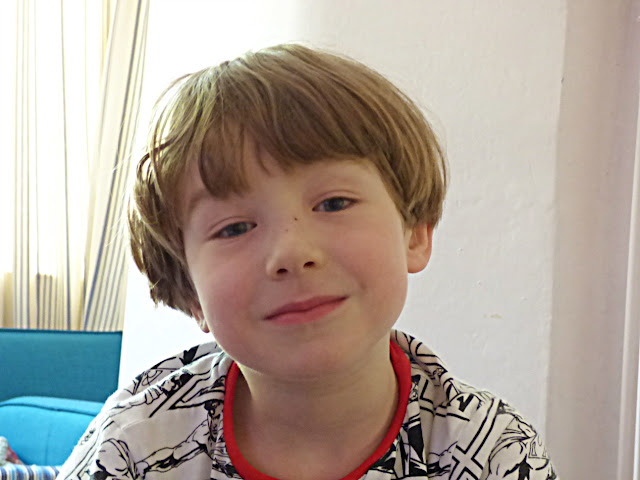 Tuesday was sunny and warm, and while I picked some of the red currants, Eddie played in the garden with a frisbee. I took several dozen photos, trying to capture a flying frisbee. 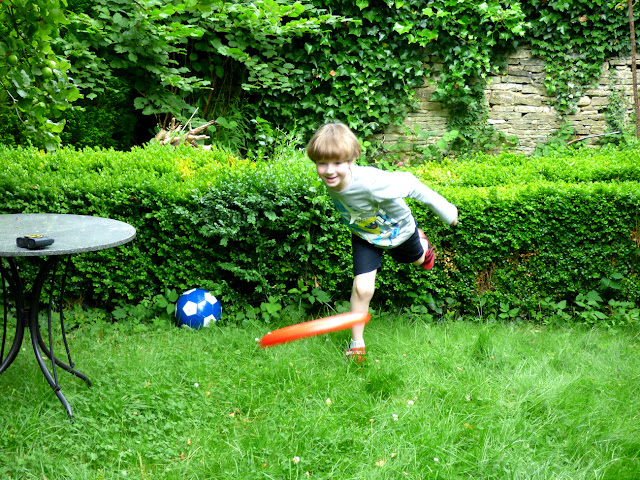 On Wednesday I was still frantically trying to finish all the red currant and juneberry-picking. I put most of the berries in the freezer, and cooked several jars of red currant jelly too. While I was picking red currants, I saw this berry thief. 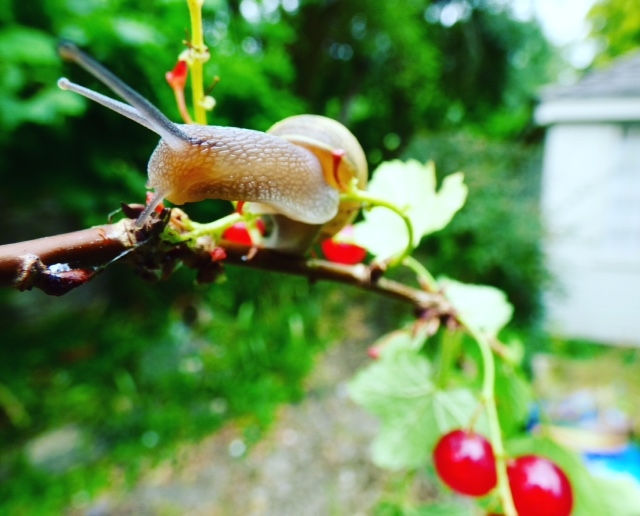 Thursday was too manic with all the making of lists of what not to forget for our trip to Cornwall, I had no time to take any photos.
The next day we had a long journey by car to Perranuthnoe. It took over seven and a half hours, and we were exhausted by the end of it. Sasha had his anxiety meds for the trip but they didn't make any difference. It was a very difficult journey.
When we arrived to the village, we had a bit of a break, unpacked the bags, and in the evening went to the beach to see the most beautiful sunset. I always wonder how marvellous it must be to live in that cottage on the rocks, and see the sea every day. 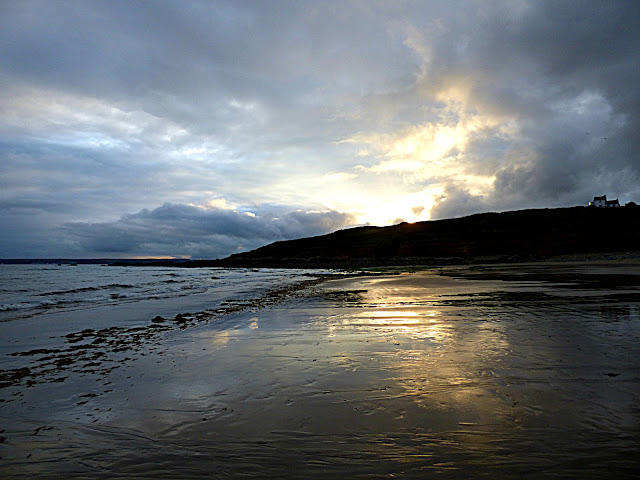 We went to the beach twice a day, in the morning and in the evening. Here is my sun-worhsipper. 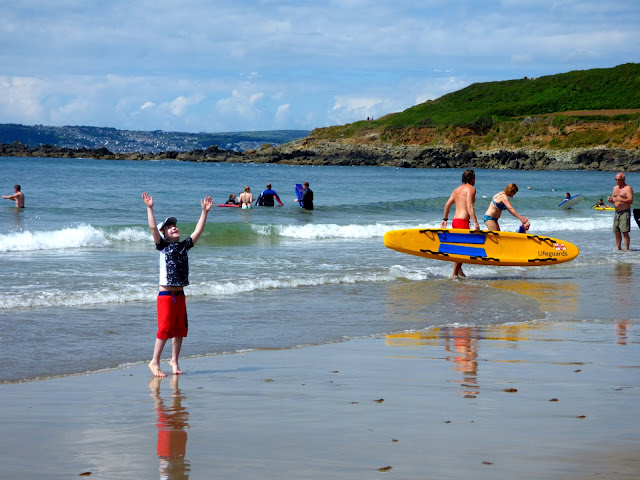 Eddie did lots of digging those days, building sandcastles, craters and dams. 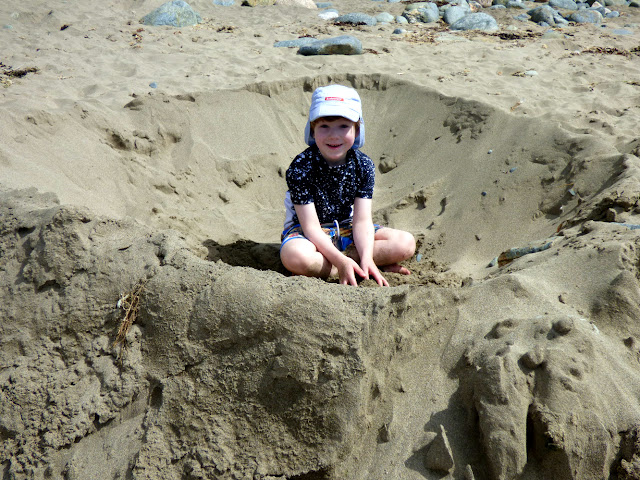 Monday was a rainy day, not just a drizzle, but a proper shower. We put on raincoats and caught a bus to Penzance. Sasha was delighted to find a Costa in the town centre. He had a slice of his favourite carrot cake, Eddie opted for a chocolate cornflake nest, and I had a croissant which was so stale, it was as chewy as my sandals.
We passed by a pasty shop in town, and I stopped to admire this mermaid pie with mini-pasties. How wonderful is that?! 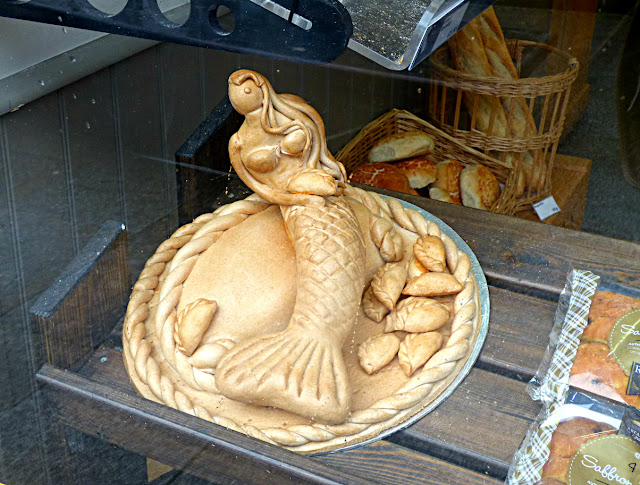 Tuesday was still very wet and misty. The drizzle was relentless. We walked on the beach in macs but barefoot. I kept wiping the raindrops off the camera lens. Sasha was nevertheless happy, jumping in the waves. 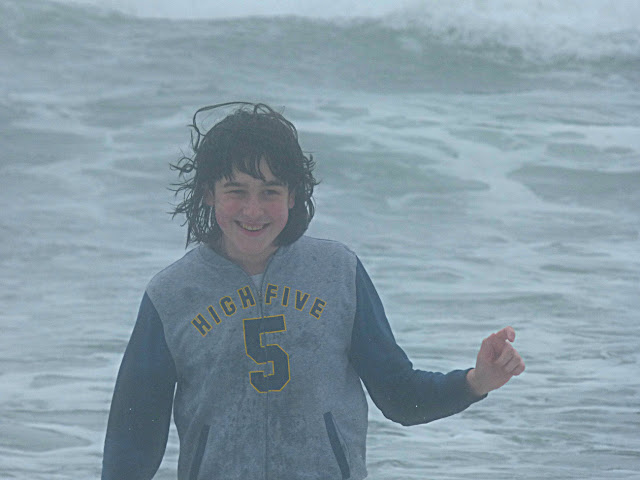 Wednesday was thankfully rain-free, and we were back on the beach, happily running, digging and playing football. Alas, the same evening this football went over the wall into the neighbours' garden, and they never returned it. I have seen them in the garden from the upstairs window, but every time I'd run into the garden and to try to talk to them, they would go back in the house. They must have seen the ball, and must know that the next door cottage is rented from Friday to Friday but they couldn't be bothered with throwing it back over the wall. Eddie was fretting for a couple of days about his football, and was upset that the "stealers" didn't return it. How difficult is it to throw a ball over the wall back?! 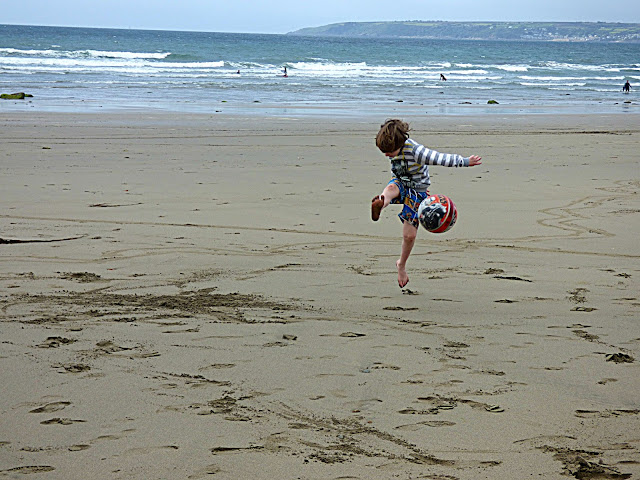 The evening before our departure, we went to say Good bye to the sea. The locals had BBQs going on the rocky part of the beach, the tide was still high, but the waves were slowly receding. My boys were running on the beach. We left when it was getting dark. None of us wanted to go back to the cottage, but we had to get up early the next morning. 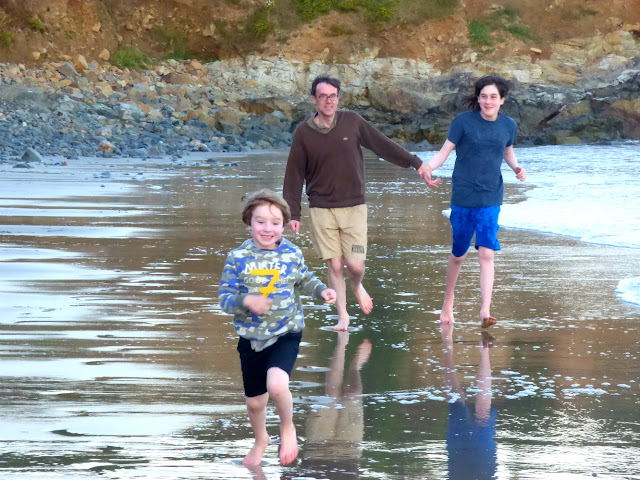 We were returning home by train, from Penzance to Reading, then Didcot and off by coach to Oxford, as there are rail works on this leg of the journey, finally a taxi home. By the time we arrived home we were all very tired and grumpy too. The scenery passing by was beautiful. When we went through Saltash, there were lots of boats on the vast expanse of water. Is it the Tamar river? I don't know. 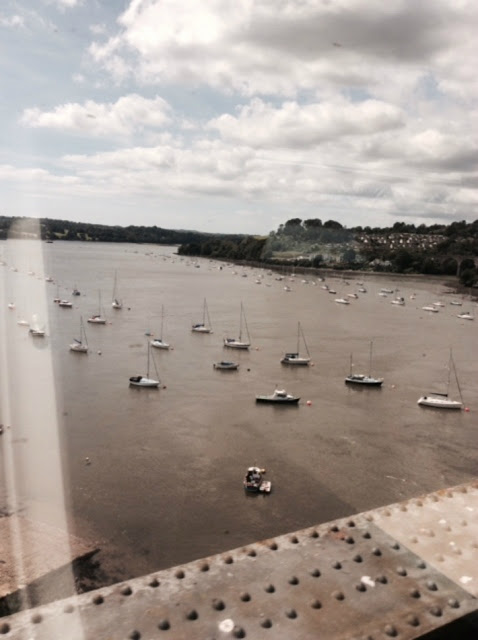 Today was a busy day: grocery shopping, library, post office and two huge loads of washing to do.
While shopping, we popped into the local Costa. 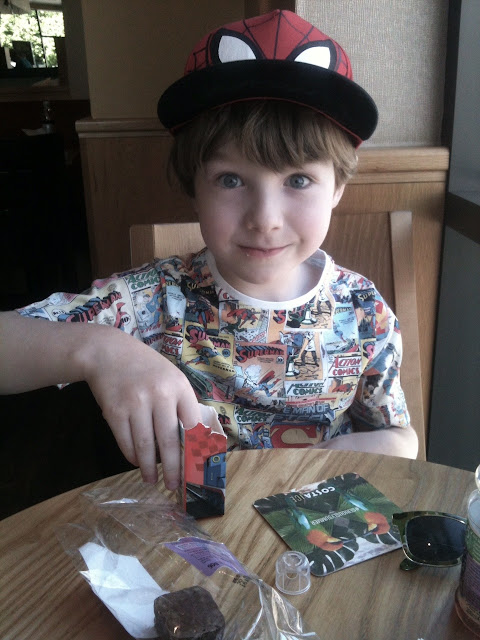