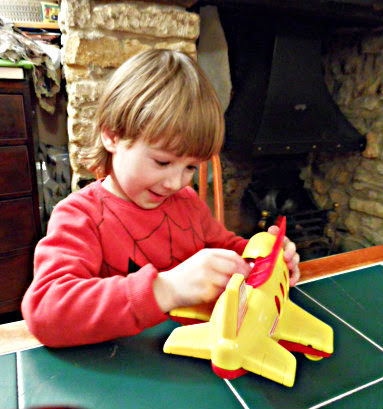 Peppa Pig, an iconic cheeky piggy, has probably a bigger following of fans than One Direction. In our family she's certainly more important and popular. We have quite a few Peppa pig toys and most of the DVDs in our collection. Now that Eddie is 4, he's slowly drifting into more challenging TV shows and characters, but he's still very fond of Peppa. Despite his recent penchant for Superheroes & Ninja Turtles, he was thrilled to receive a new Peppa Pig Muddy Puddles Jumbo Jet from Character 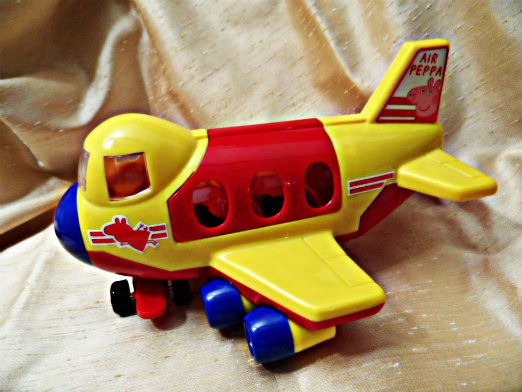 Peppa's plane comes with a mini-figure of Peppa pig and a couple of suitcases. The Jet moves along on free-wheeling wheels. There is a side door for Peppa, and a luggage compartment in the back which opens up.
You don't need any batteries to operate a toy (always a bonus!), and you don't need to assemble anything (double bonus!). And it doesn't make any noises or sounds.
Eddie has been playing with it, taking Peppa on a flight to Italy, as he says. Italy is where his grandparents live, and where he thinks Peppa should be flying as well. 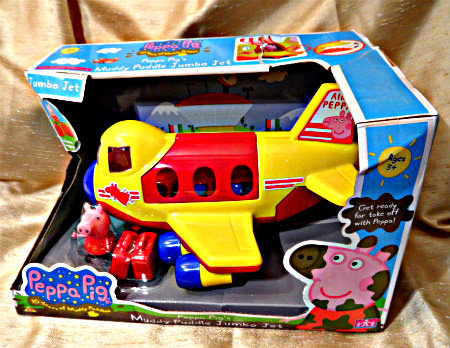 Now for the cons bit: like most toys based on TV shows, the boxes are covered with free ads in the back for the other toys in the series. Of course, my son thinks this is an invitation to ask for more toys, because he wants this and that.
There is only one mini-figure in the set. And Eddie asks me "Why are there three seats? and Who will fly with Peppa?" 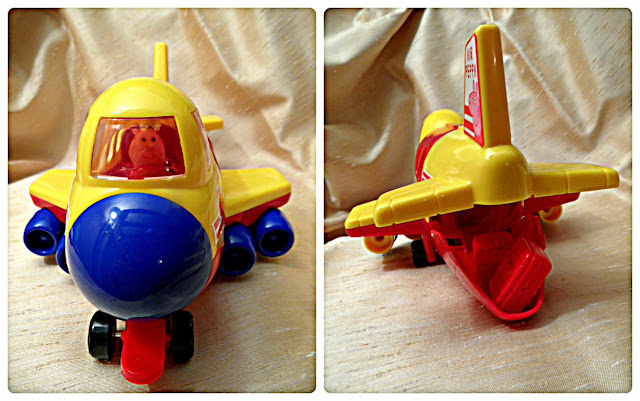 Eddie had lots of fun, playing with his new toy. He even made Peppa do a full salto-mortale (poor Peppa!), and she lived to tell the tale. 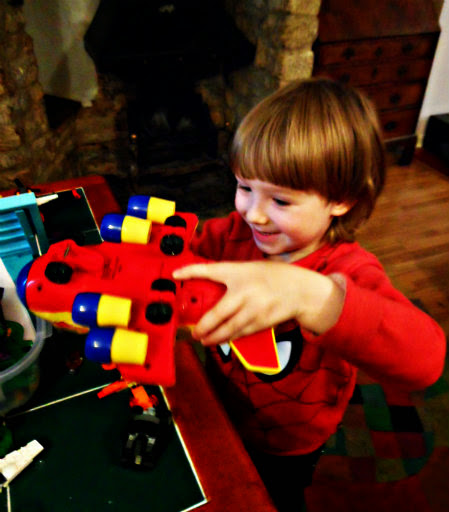 If you have little Peppa pig fans, this is a toy to put on a possible gift list for Christmas. I'm sure it will be greeted with great enthusiasm.


Disclosure: We received Peppa Pig Jumbo Jet for the purposes of reviewing. All opinions are Eddie's and mine.