My husband is going out to watch England v Italy match later today with his Italian friends & colleagues. I am quite worried for him, as he would be returning late (or rather in the early hours) from Oxford. Depending on the outcome of the game, it might be rather unsafe outside, especially for someone with an Italian accent. I told him to keep his mouth shut and wave his British passport.  I will stay at home with my guys, and might watch some of the game. Needless to say, I am going to cheer Italy, and to show my support I am cooking an Italian recipe - Focaccia Ripiena (or focaccia stuffed with mushrooms, spinach and mozzarella). This will be my entry of the day for the World Cup recipes challenge, in which my friends-bloggers are taking part enthusiastically, but with this recipe I will also kill two birds with one stone. 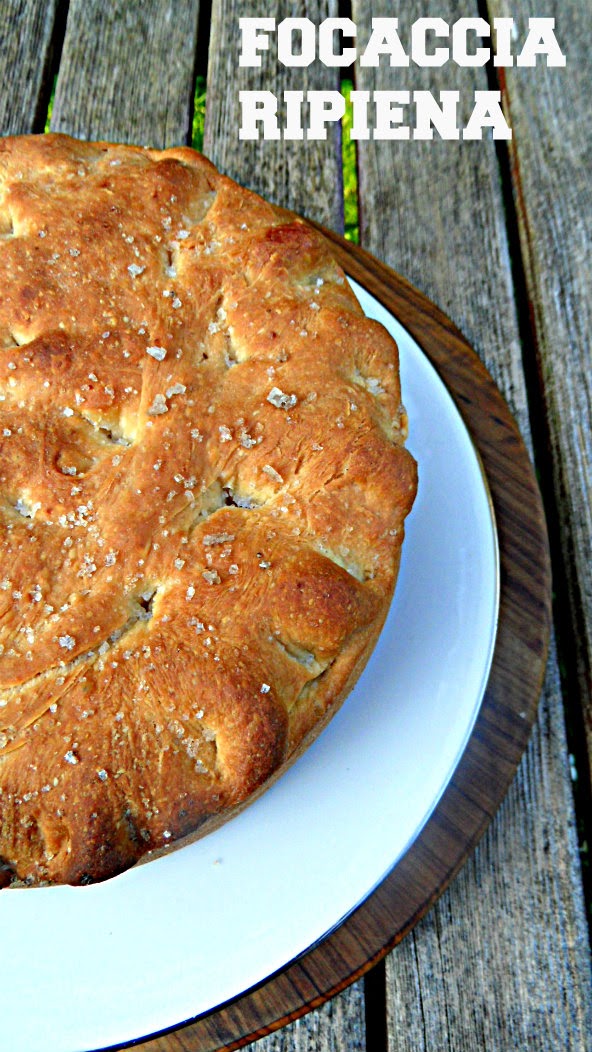 Dom from Belleau Kitchen's Random Recipes linky is celebrating its 40th month of existence (big well done, Dom!). He invited bloggers to count the cook books on the shelf and pick no.40, then open at page 40 and cook that random recipe. Lucky for me, I got Italian Home Baking by Gino D'Acampo to play with. I got this book not long ago from The Book People, but had no chance to cook any recipe from it yet. I opened the book at page 40 to find Focaccia Ripiena, and really liked the recipe. That was two weeks ago, and I kept postponing the cooking. Today is the day, I'll bake it for Random Recipes and Bloggers Around the World.
I have adapted Gino's recipe by changing the stuffing and adding the mushrooms, but I followed the instructions on how to make the dough (I only added the truffle oil). 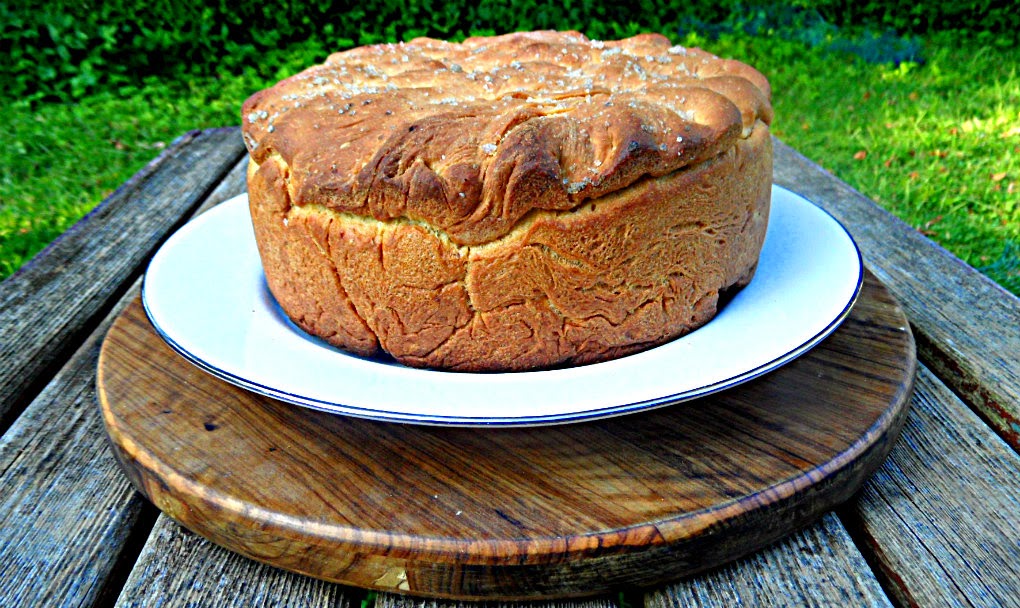 Take a cake tin and brush with oil inside. Sift the flour and add the yeast, make a well in the flour and pour the olive oil. Gino's recipe used tbsp of extra virgin olive oil, I wanted to use some of the truffle oil, which we brought from Italy a while back. Mix with a wooden spoon, add the warm water and keep mixing. Once the ingredients are combined together, take the dough out and start kneading on a clean floured surface. Keep dusting the dough with more flour, as you keep kneading for about 10 minutes. The dough is soft and elastic. Place the big ball of dough in the bowl, cover with a clean towel and let it rise for an hour, the dough will double in size.
In the meantime, clean the mushrooms and slice them into biggish pieces. Melt the butter in a frying pan, add the mushrooms and cook for about 5 minutes. Squeeze a bit of lemon juice over them, season with salt and dried thyme. Add the fresh spinach, once it wilted, it's ready.

Preheat the oven to 200C.
Divide the dough into two pieces, one a bit bigger. Roll out first the bigger piece and place in the base of the cake tin which has been well oiled. The sides should be higher than the base. Spoon the mushrooms and spinach over the base. Add the mozzarella balls.
Roll out the second piece of the dough, this will be your lid. Slightly brush the the edges with a bit of water. Place the lid on top of the base layer, press the edges for a good seal (you might even pinch the edges together).
Press your finger gently all over the top, making the indentations (but don't poke through it). Brush the top with the olive oil and sprinkle with the sea salt.
Bake in the oven for 40+ minutes. Gino suggested 30 minutes, but my focaccia was still soggy at the bottom when I took it out and checked, so I put a bit of the foil over the top and cooked it for another 15 minutes.
Once cooked, remove from the oven and let it rest for 10 minutes before serving.
Gino used the frozen spinach and olives in his focaccia, I am sure it is lovely. But I wanted to try it with mushrooms. 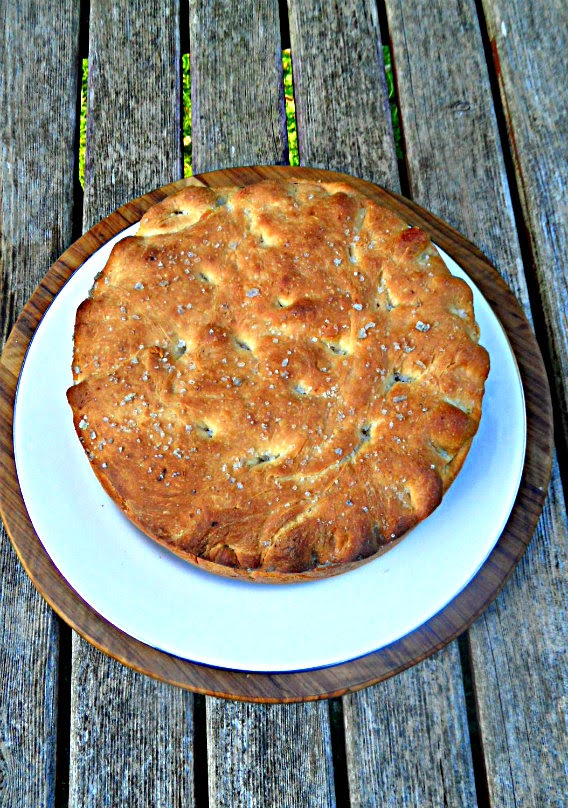 It was more a pie rather than focaccia, or at least it was much taller than the focaccia which we enjoyed in Italy on many occasions.
I don't know if it's an authentic Italian recipe or an Italian-style recipe created by a celeb chef, but I am more inclined to think it's Gino's idea. Whatever it is, it's a nice stuffed bread, a meal in itself, lovely with a glass of ice cold Birra Moretti. 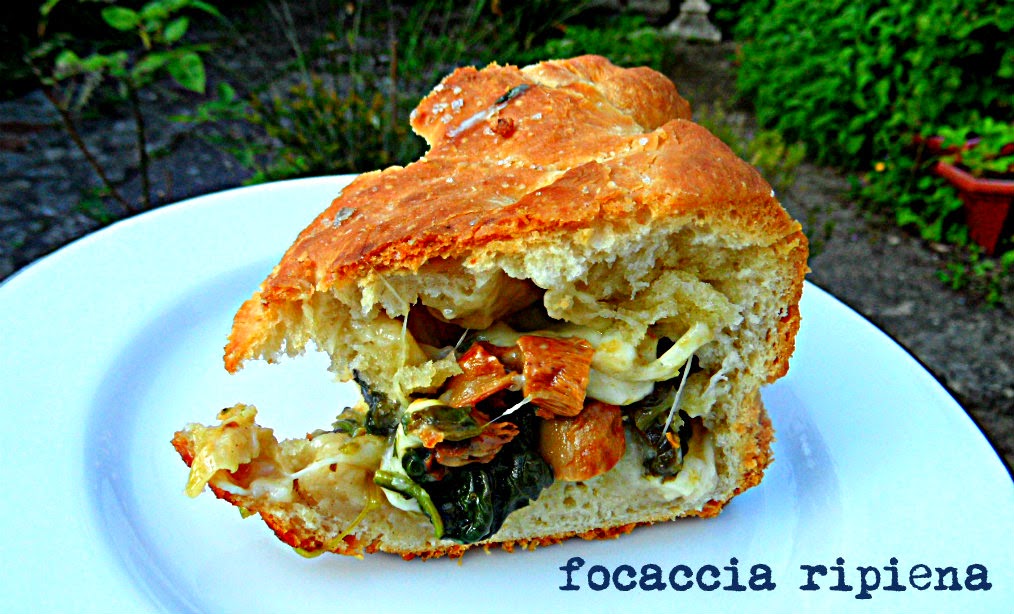 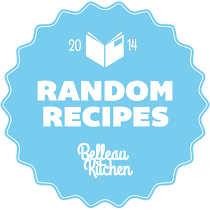 As I said earlier Chris from Cooking Around the World has challenged the foodies to take part in a culinary-football-themed game this month. Read all about the rules of the game in his linky Bloggers Around the World.