With the World Cup coming this week (what World Cup, as our guests asked), I have been looking for an inspiration on sites with Brazilian recipes. Several of them mentioned the potato salad, which I thought would be a nice accompaniment to our BBQ. There were quite a few versions of the recipe, some suggested adding a grated carrot, some preferred to add chopped palm hearts, some opted for tinned corn. The salad I made wasn't much different from the Russian version, apart from the addition of a good squeeze of lime juice 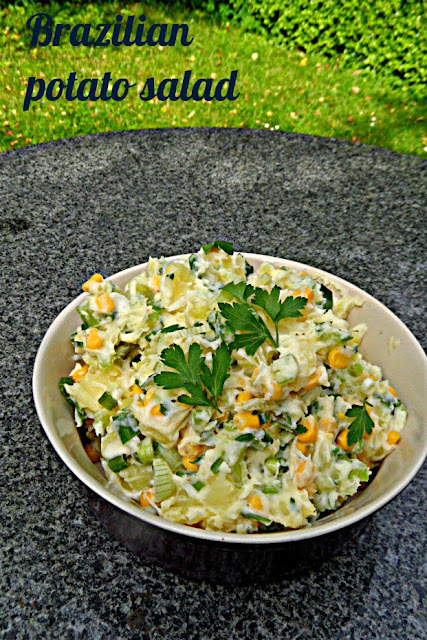 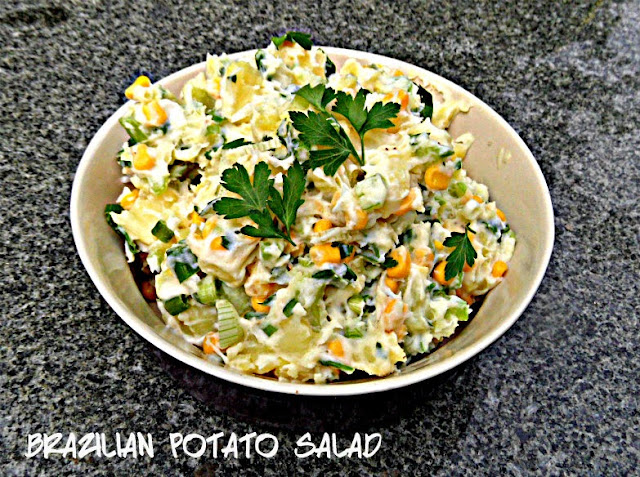 Peel the potatoes and cube them (not too small). Cook the cubed potatoes in the boiling salted water until done, then drain the water and rinse them with the cold running water to stop the potatoes from going softer.
Once cooled, add the chopped spring onions and parsley, finely chopped celery and tinned corn. Add the mayo and mix well. Season with salt and pepper.
It was a very tasty side dish, and there were plenty of leftovers for my lunch today. 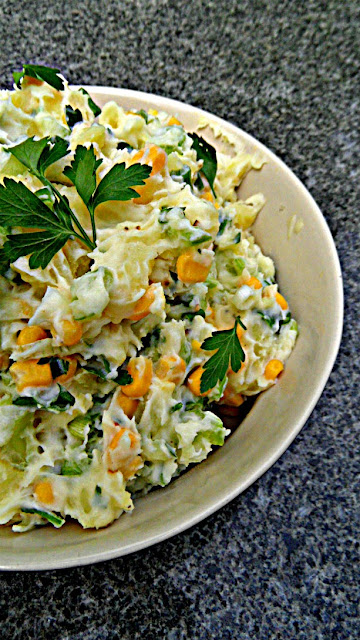 Chris from Cooking Around the World has challenged the foodies to take part in a culinary-football-themed game this month. Read all about the rules of the game in his linky Bloggers Around the World.

If you are looking for more Brazilian recipes, check out
Cheryl from Madhouse Family Reviews who did a splendid fish stew called Vatapa as well as Brazil-inspired Fruity Burgers with coleslaw.
Also have a look at my own recipe post - Feijoada, Brazilian pork and black bean stew.