Last Friday, as I picked Eddie from the nursery, he showed me a small bag with a toy cat inside and proudly announced that he was going to look after it at the weekend. It happened to be his nursery class mascot, which is handed over to a different child every weekend. The cat comes with a diary, where you are expected to write an entry, add the photos and describe the weekend. 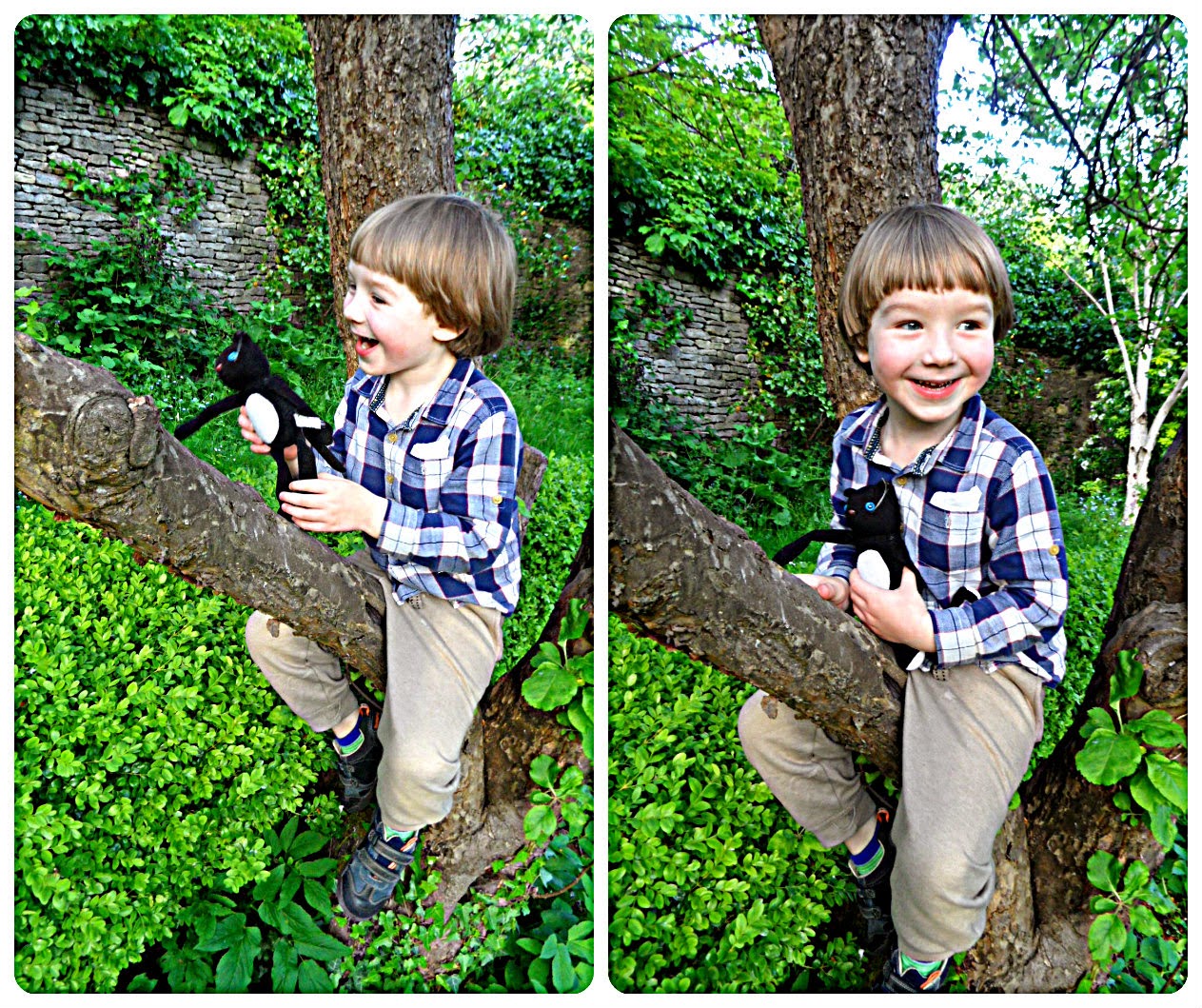 There was a bit of a confusion, as the diary said "Josephine's diary", but Eddie kept calling it Jemima. The mystery was solved later, when we read the diary, apparently there is a school cat called Jemima, and Josephine is her cousin. Oh well, we kept calling the cat Jemima all the weekend. 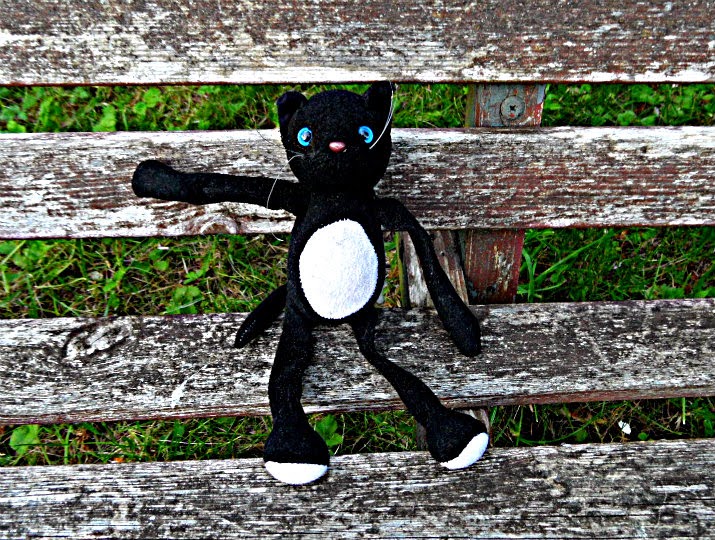 And though we called her the wrong name, we did take a good care of her. Eddie was very solicitous of her well being, tucking her in bed, brushing her teeth and combing her whiskers. Bless him, he took this task very seriously. 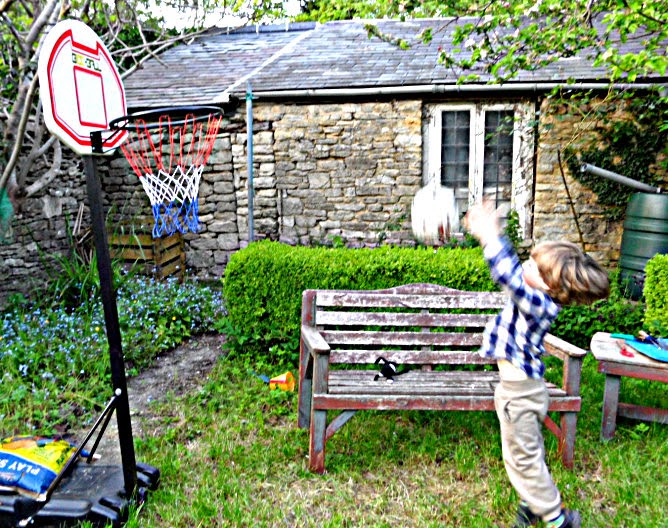 He taught her how to play basketball. 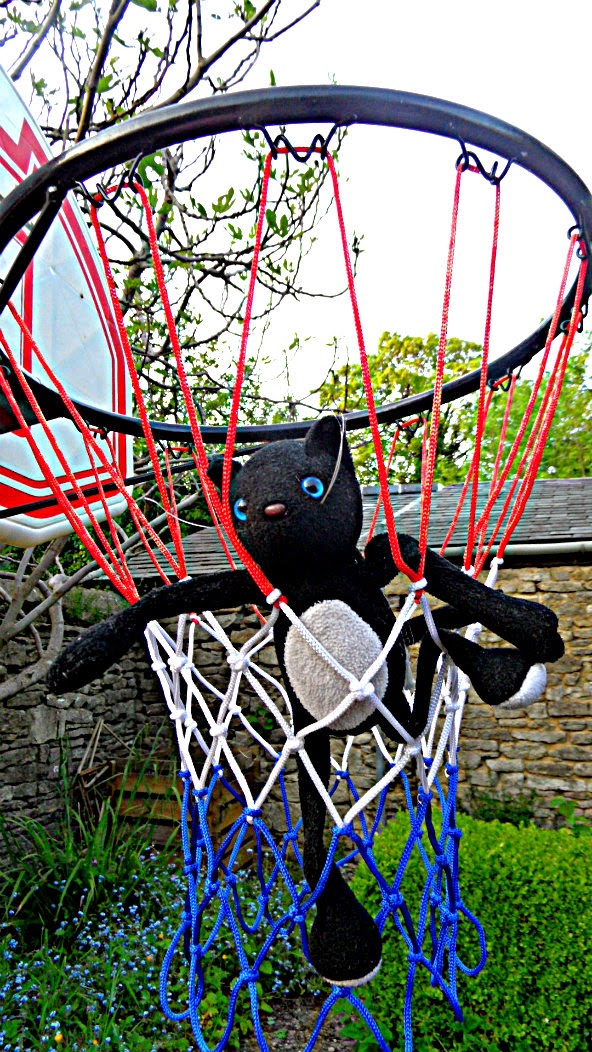 He jumped, holding her carefully, on his trampoline. 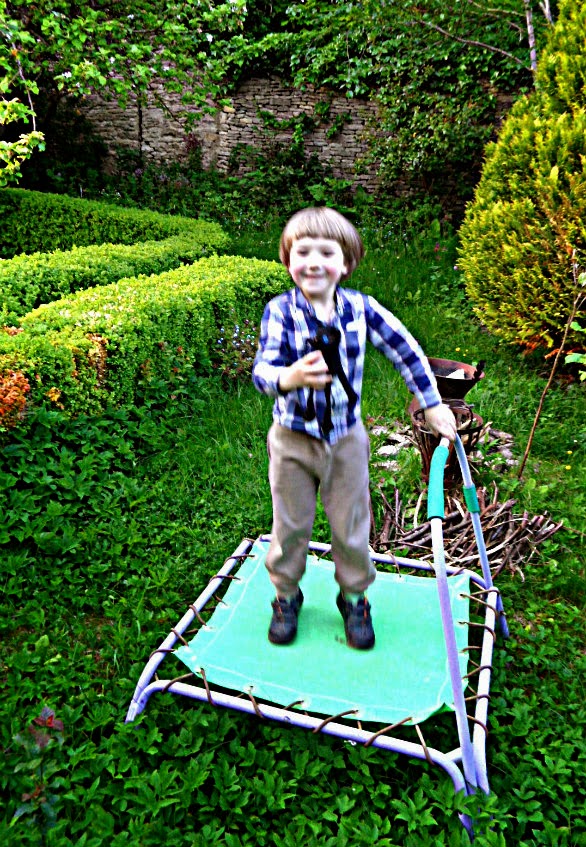 On Saturday the little cat visited Cafe Nero with us, and apparently she wanted the cheese & onion crisps. She's clearly not an Italian cat, and didn't fancy any latte or cappuccino. 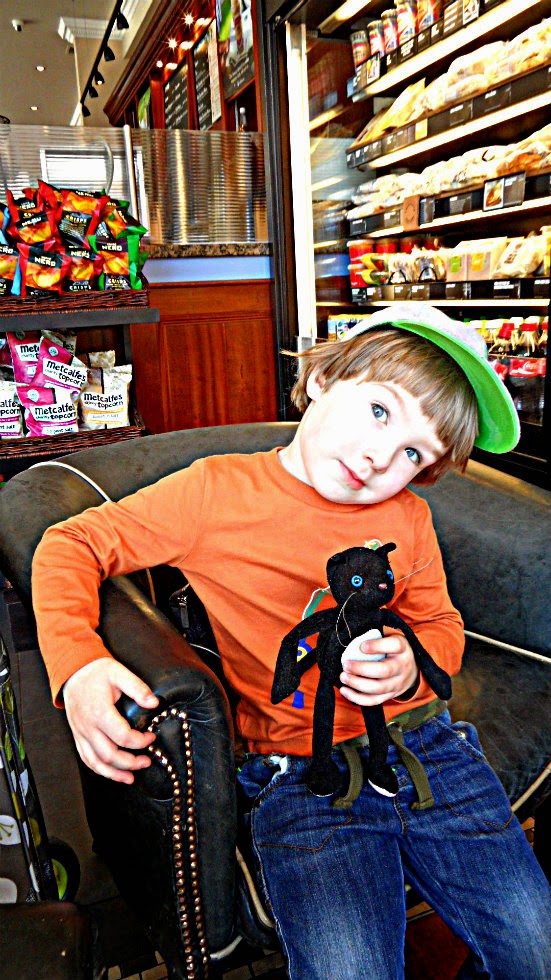 Later, my guys went to the big playground behind Sainsbury's, and Eddie made sure that "Jemima" accompanied him on the slides, swings, see-saw and other play area pleasures. 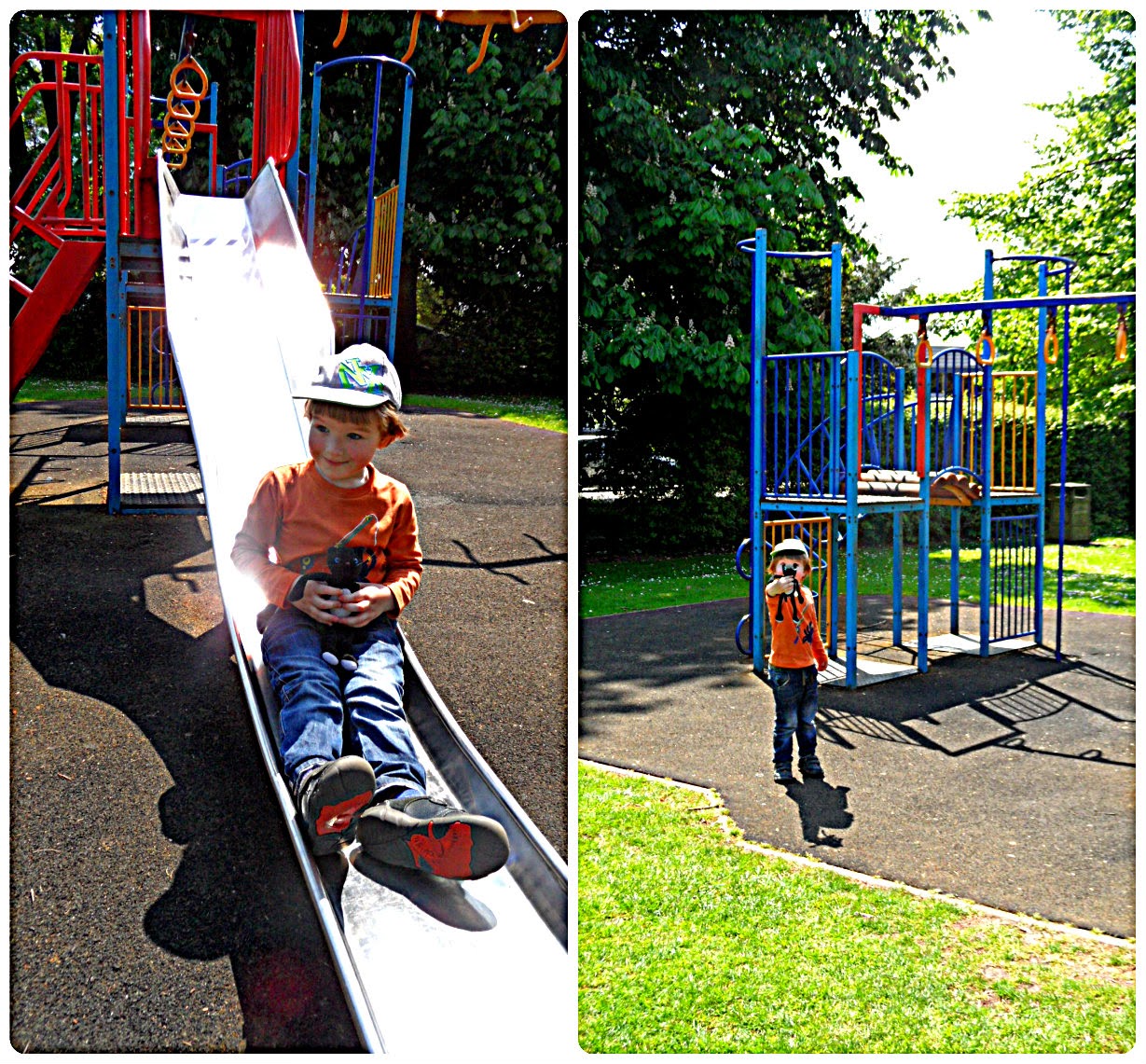 Sunday was another hot day, and we went to the manor farm Cogges, which is a super place to visit with kids on a sunny day. There are lots of things to explore and a lot of things to climb on. 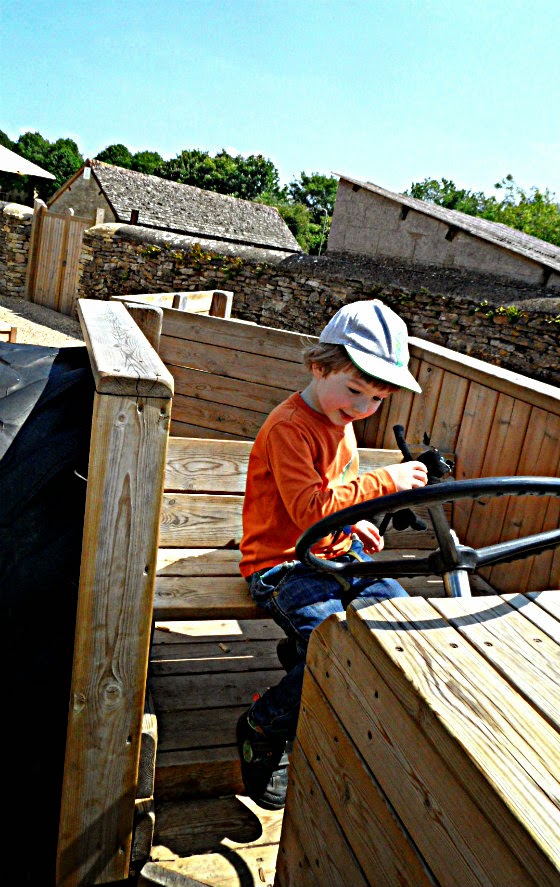 And if you are tired, you can relax inside the beautiful house, or have a picnic in the picnic area.

Naughty Jemima-Josephine wanted to check out everything in the house and the garden. 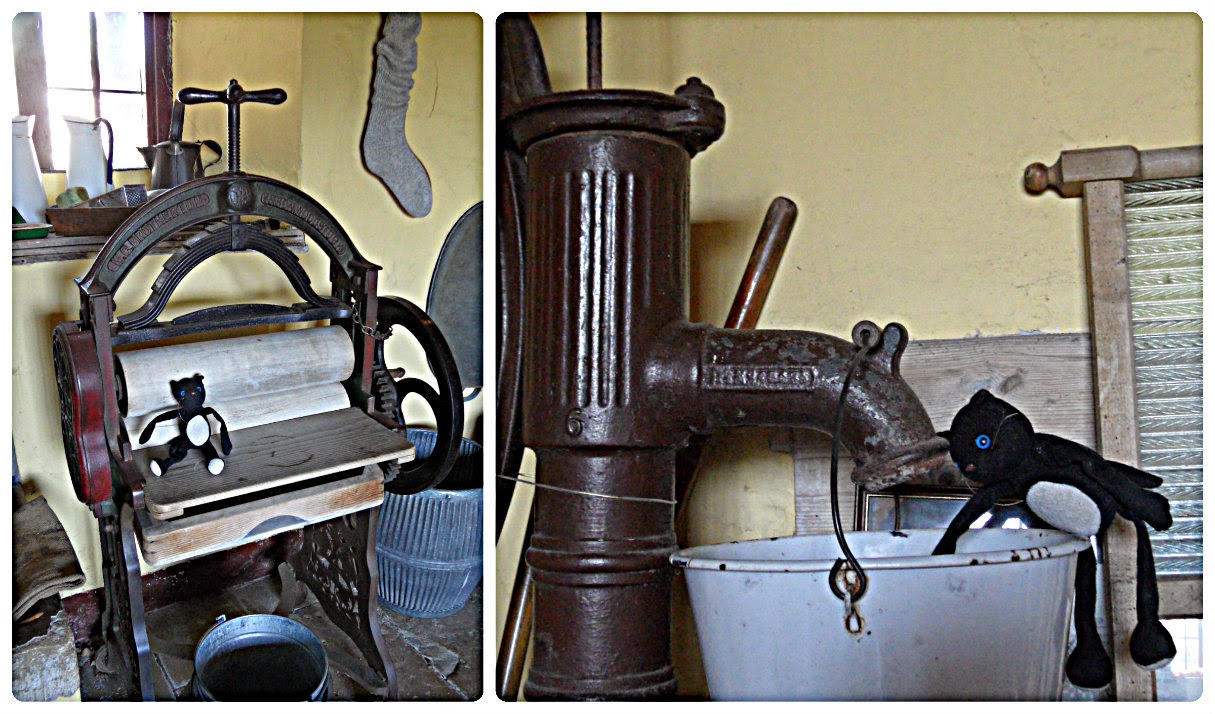 She met the local chap Teddy and had a little nap on the straw bale. 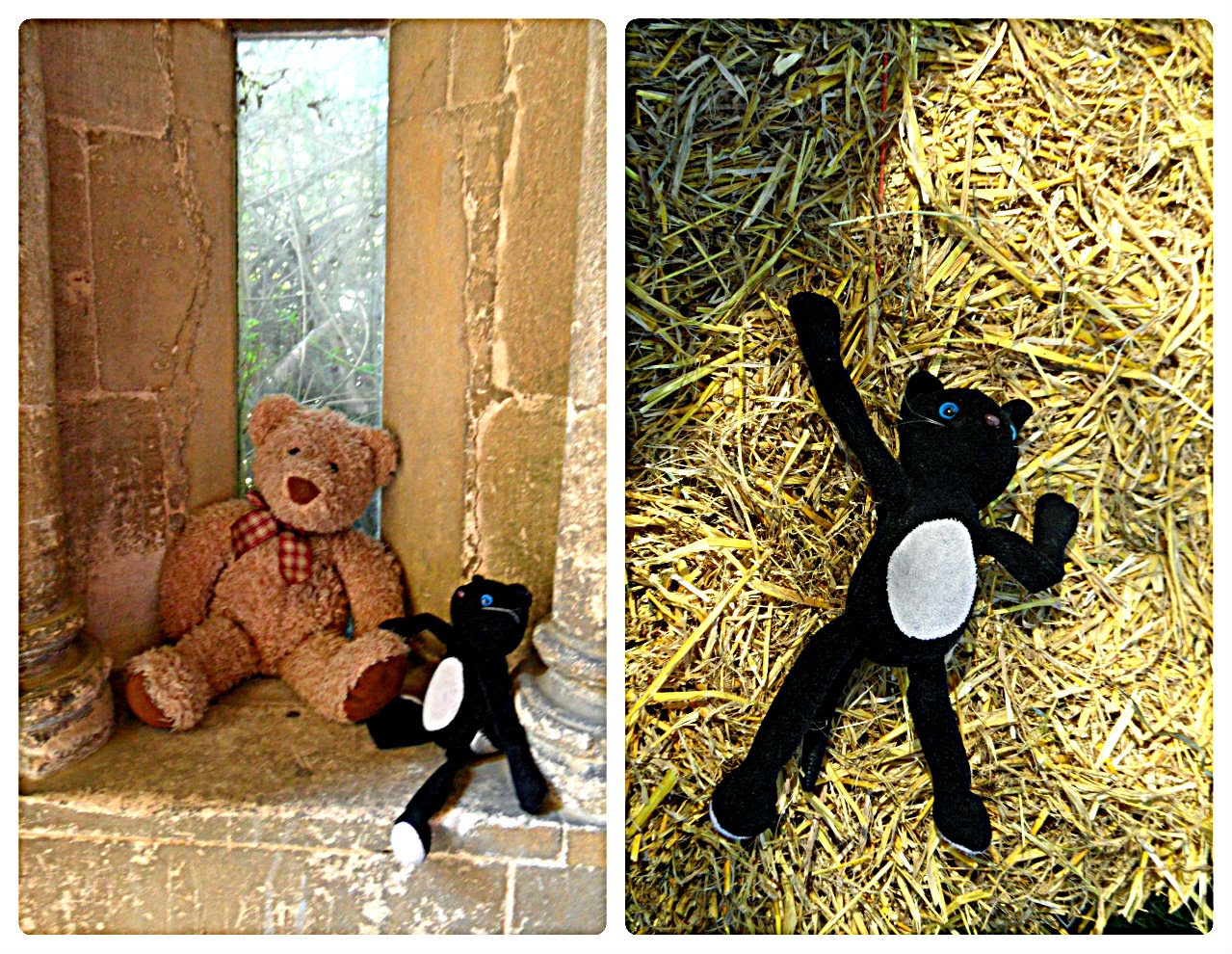 She encouraged Eddie to sit on the old apple tree in the garden. 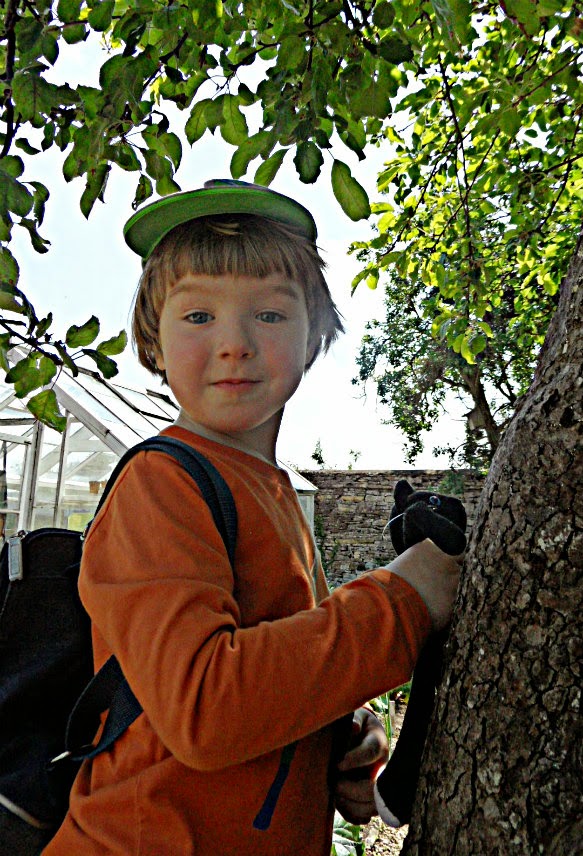 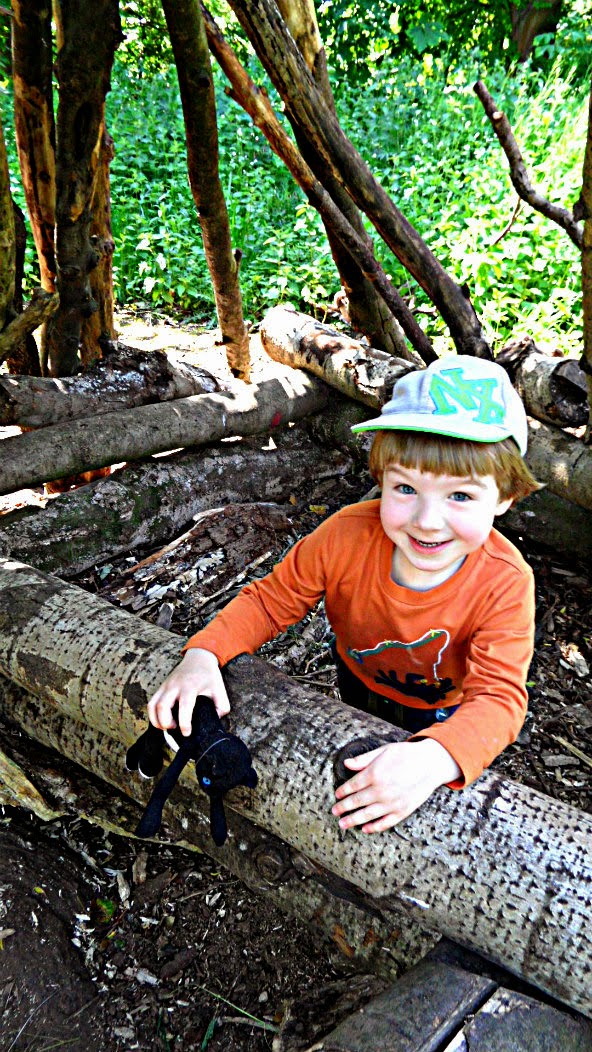 This morning Eddie gave her a big hug, as he was taking her back to the nursery.
Bye, Jemima-Josephine, hope you had fun with Eddie!