Sometimes in Bath by Charles Nevin

"... we are down by the old Pump Room, where there is a usual commotion of chairs and crutches, passing gamesters, assorted rogues, ladies and gentlemen, unimpeachable and otherwise, old and young, fierce and fluttering, frowning and frowsy; where the air is full of chatter and the cries and wheedles of sellers of cures and trinkets, all set off  by the clatter on the cobbles".

Sometimes in Bath by Charles Nevin is an amusing and entertaining paean to the elegant city.

It's a charmingly eccentric narrative, a mix of fiction and history facts. Each chapter begins with a fictional account, where historical figures, both well-known and minor, mingle with the literary characters. As the author notes, "none of the events described is completely implausible".

Historical figures range from world-famous to local celebrities. You will meet Beau Nash, Dr Johnson, Horatio Nelson, Bladud, Queen Bess, Chaucer, Haile Selassie and many others. As you follow the characters along, you learn about the history of Bath, as well as its unique architecture, social history, fashions, literature, food and much more.

This work is a homage to many literary classics, a witty fan-fic. There is a whole sub-genre of Jane Austen fan-fiction. Most of the retellings and re-imagined stories centre on the female characters from Austen's books.
Yet here Mr Bennet is one of the main protagonists, while his ladies take a back seat. "Mr Bennet is for some the true hero of Pride and Prejudice".

He has brought his family to Bath, and reminisces about his visit to the city years before his marriage.
It is a delightful though mildly bizarre little story. You can see how much fun the author had, making Mr Bennet meet young Horatio Nelson, Dr Johnson and Boswell, as well as Jack Rann, aka Sixteen-String Jack, who was a notorious highwayman.
Craving adventures, Mr Bennet unwisely follows an unsavoury character into a gaming den only to be introduced to Lord Byron, Sir Walter Elliot, Captain Crawley (from Vanity Fair), Mr Silver (from Treasure Island), Mr Heathcliff (Bronte's hero), Mr Flashman and Mr Jingle (from Pickwick Papers).

Another enjoyable episode is inspired by The Canterbury Tales. In The Cook's Tale we encounter Chaucer himself, "the lettered and foppish toff" who suggested that everyone should tell a story as they rode along. The story is a wonderful blend of the Chaucer's characters, with the bits thrown in from the later literary sources.
"The Tapestry Maker, a man made romantic by studying his subjects, said he knew a wonderful story about the star-crossed lover in Mantua who poisoned himself after thinking that his love was dead rather than just sleeping heavily. The Guildsmen all agreed this was far-fetched, even for Italians" (this made me chuckle).

Foodies will enjoy a witty reimagining of the origins of the Bath Bun, and its healthier alternative, the Bath Oliver biscuit. You will want to catch the first train to Bath to sample another of Bath's premier gifts, the Sally Lunn (a delicious brioche bun).

Frolic through the history of Bath and its citizens and guests with Charles Nevin, and dream of visiting Bath, once the lockdown is over.
Each chapter has a useful list of further reading on the topic, as well as a list of places to visit. 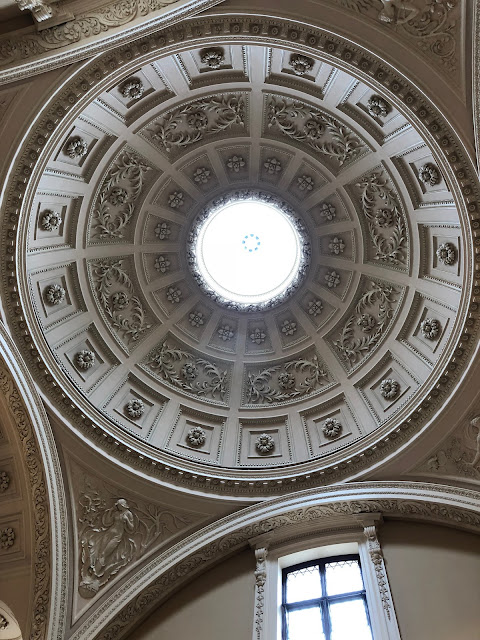 I've been to Bath only once, visiting the Roman Baths with my younger son's class. I loved what I've seen of the architecture, and hope to return there one day for a longer visit. 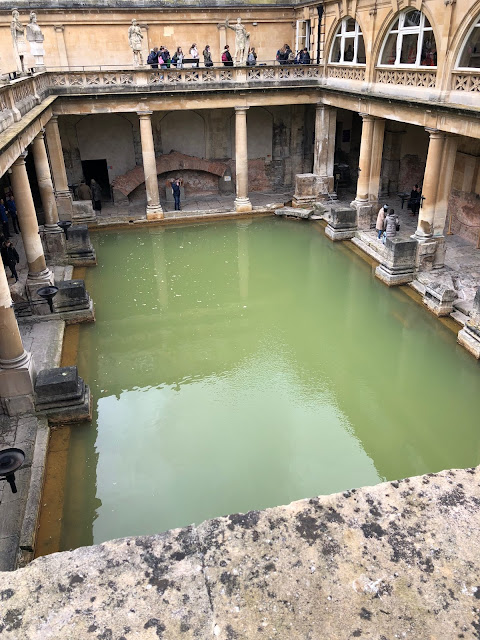 Sometimes in Bath is an unusual and quirky guide to the city, which is a pleasure to read.

Many thanks to Charles Nevin, The Book Guild Ltd and Rachel's Random Resources for my copy of the book! 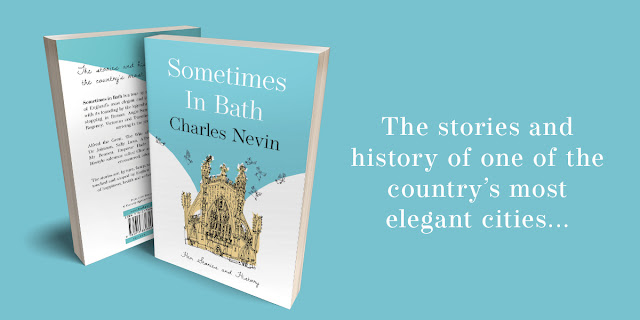