The British weather is notoriously unpredictable. This morning looked dry and relatively sunny, then as we were getting ready to go to Oxford, there was a violent burst of rain, which rapidly disappeared to be followed by a sunny spell. We were sitting on the double-decker bus, sweltering in the heat. Honestly, weather, just make up your mind!
Midterm break was rather stressful, as most holiday breaks in our household. I feel tired and generally lacking in any mojo.

Last Sunday we had a quick coffee/bite stop in between grocery shopping. Eddie was taking my photos, and that for someone reason set him off, he kept giggling. 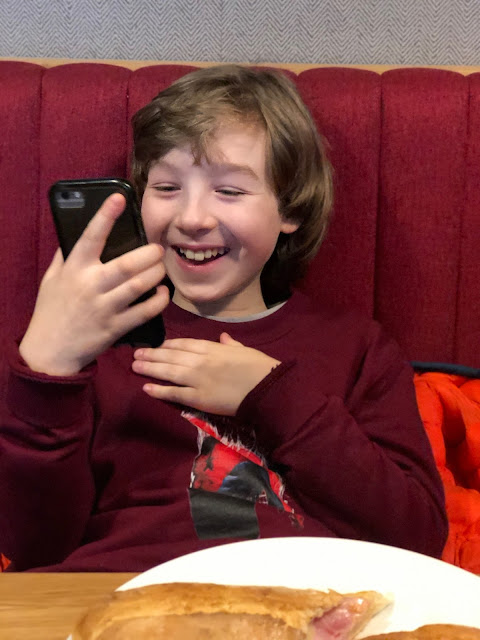 Eddie is good at drawing Marvel characters, but I want him to move onto something else. This was a quick lesson on how to draw an owl. I used a black ink pen and a grey one. 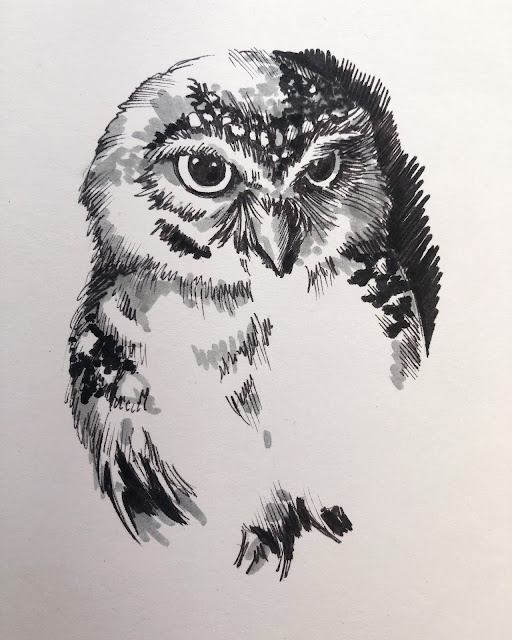 Our county is on the flood alert in many locations. With the amount of rain we had in the last few weeks, it's no surprise to see the Windrush river levels rising up. It's always a worry. 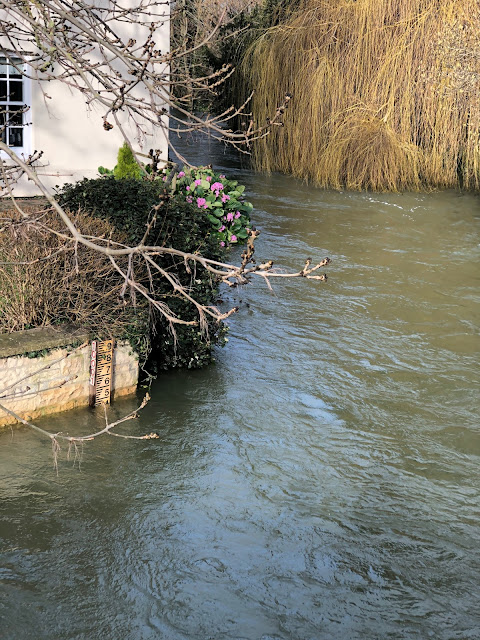 We spent most of our break indoors, as the weather was pretty abysmal, only doing short forays into town for food shopping and to visit the library. Here is Eddie looking wistful at the rain.

We've been watching Agents of Shield season 1 all week, and just finished the last episode yesterday. This was our treat, as we're big fans of Marvel. It's not bad, if you are having withdrawal symptoms, waiting for the next Marvel feature film. 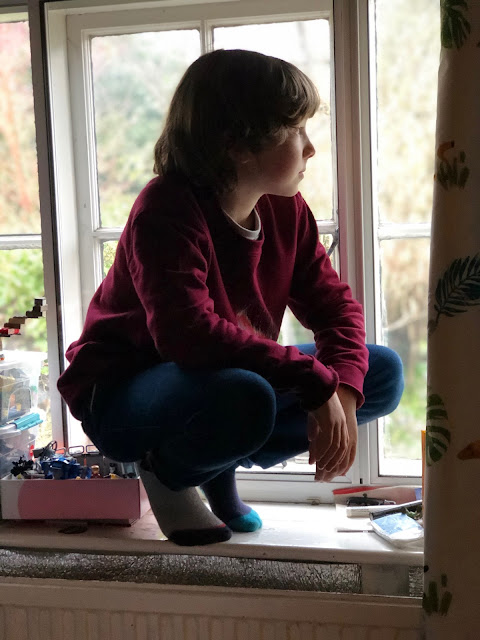 Yay, we thought, a spot of sunshine... but it did start raining later in the day. This was a rather strange triangular-shaped cloud. 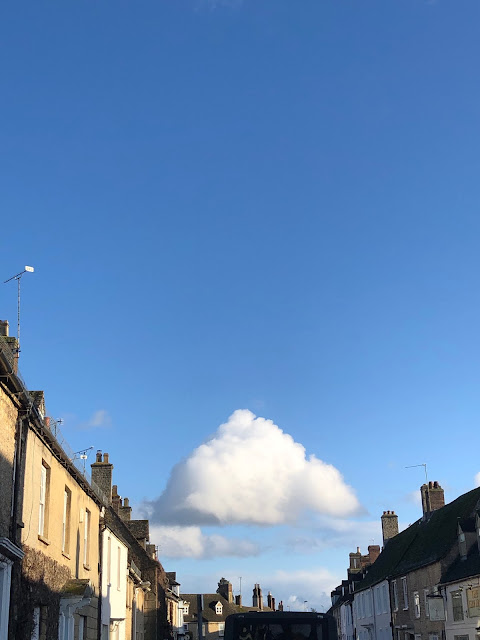 We happened to go out quite late on Friday, and it was growing dark when we were returning home. The alley going to the Captain's Mill looked like a setting of some creepy movie.
It used to be part of the famous Witney Blanket production, a handloom weaving establishment. After the Witney Blanket brand ceased to exist, the building was converted into flats. 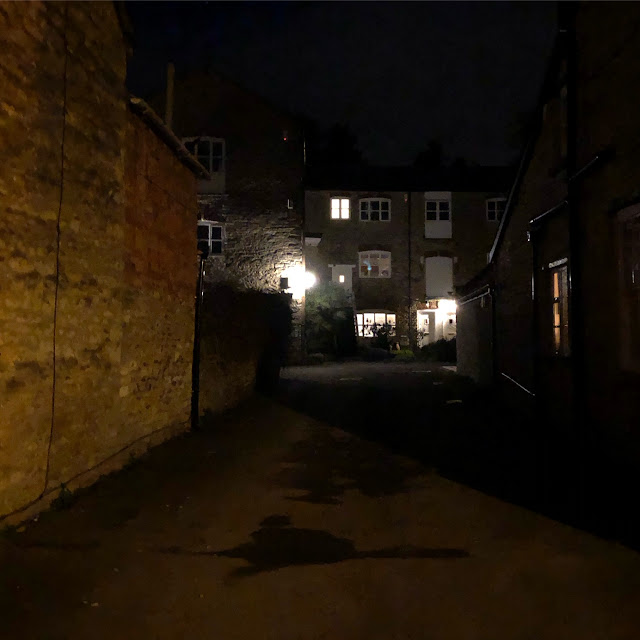 Yesterday I baked cookies with chocolate chips and walnuts for my guys. 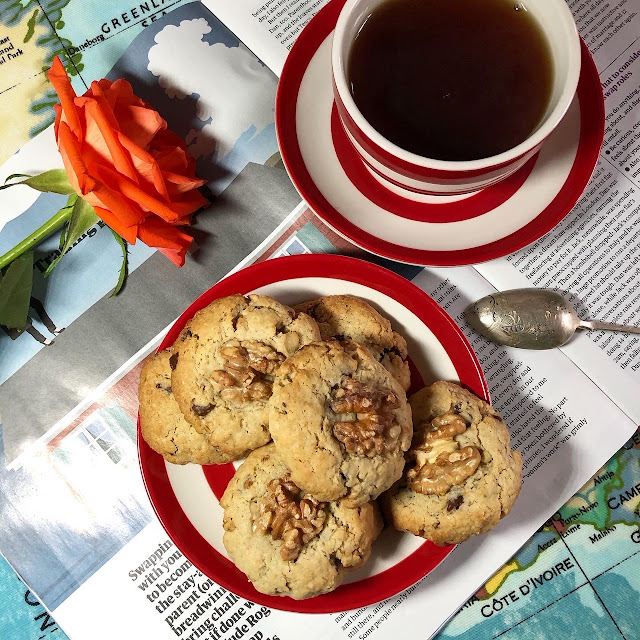 You are invited to the Inlinkz link party!
Click here to enter
Posted by Galina Varese at 20:36:00