If I was going to describe the last week in two words, it would be messy and difficult. Christmas is just over a week away, and I'm so unprepared.
We started Sash on new meds, as his anxiety has sky-rocketed recently. It's been 2 weeks since he's trying it, and so far I don't see a massive improvement. I've been rejecting the whole idea for a long time. If you read the leaflet which comes with the meds, it makes a very depressing and scary reading. The possible side effects are horrible. And this medication for anxiety and sleeplessness could cause his anxiety and insomnia get even worse. I feel awfully guilty, giving it to him, as it's obviously our decision enforced on him.

Last Sunday a friend brought in a huge tray of vegetables and fruit from the market. He goes to the market at the closing time, and buys a lot of food for a fraction of a price. 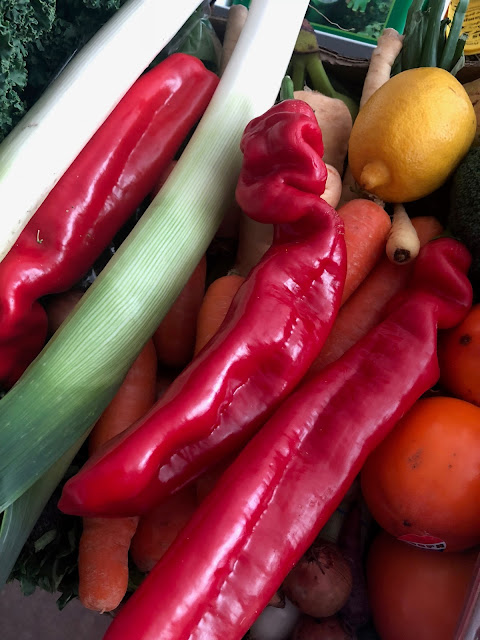 On Monday I only did more of boring food snaps, so here is the top nine photos posted on Insta for the last year. Every year my top 9 is a bit of a surprise, as these are not exactly the photos I'd pick myself as my favourites. I don't think I will ever crack the mystery of Insta's likes (not that I've been doing much about it anyway). I find Insta a very fickle field.
You post one photo of something vegetarian/vegan, then there's a flurry of vegans following you. The next day if you post something with cheese or cream, they immediately unfollow you, as if you've committed a crime of the century.
I'm now rather wary of any new followers. Just have a quick look at my feed, before deciding whether you like it or not. Especially those who have about one zillion followers, and follow only 15. I never follow back, as they never-ever stay. I've no idea why do they even bother? It's like a vanity project for them. OK, a rant against smug Instagrammers is over, as it's really a petty non-issue.
It's just a mild irritant. 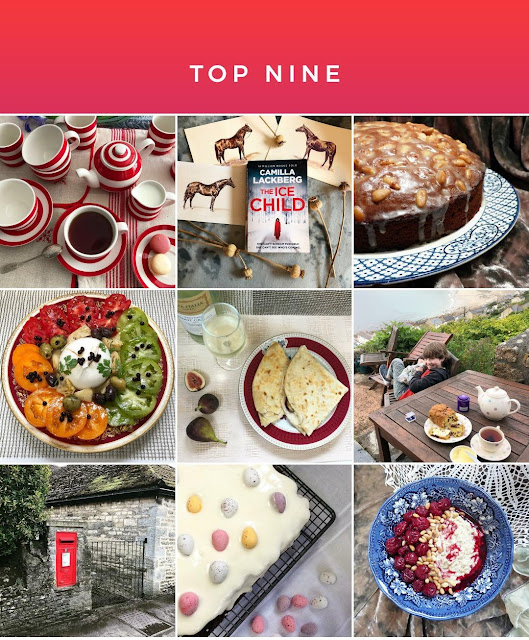 On Tuesday I went to Oxford with Eddie's school to see Dick Whittington panto at the Playhouse. It was quite amusing, and definitely better than the last year's performance. You are not allowed to take photos during the panto, but I snapped this disco ball during the recess. 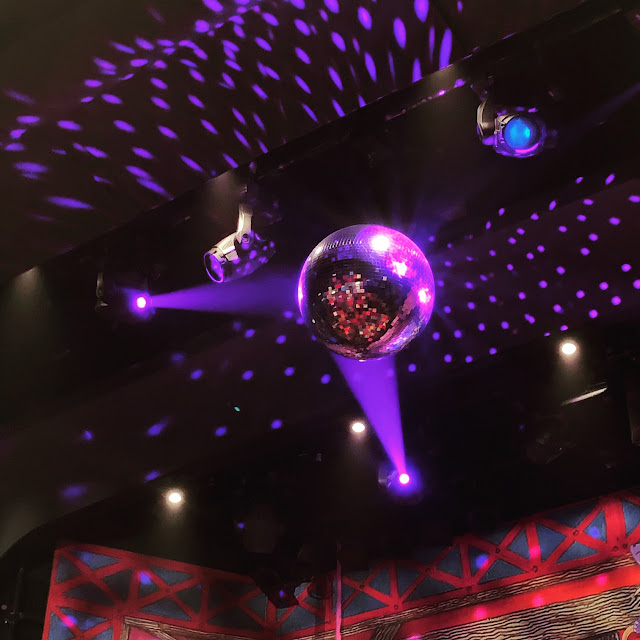 On Wednesday Sash was off school with a virus, and I didn't have a chance to take any photos, so here is another photo form the day before - fluffy clouds. 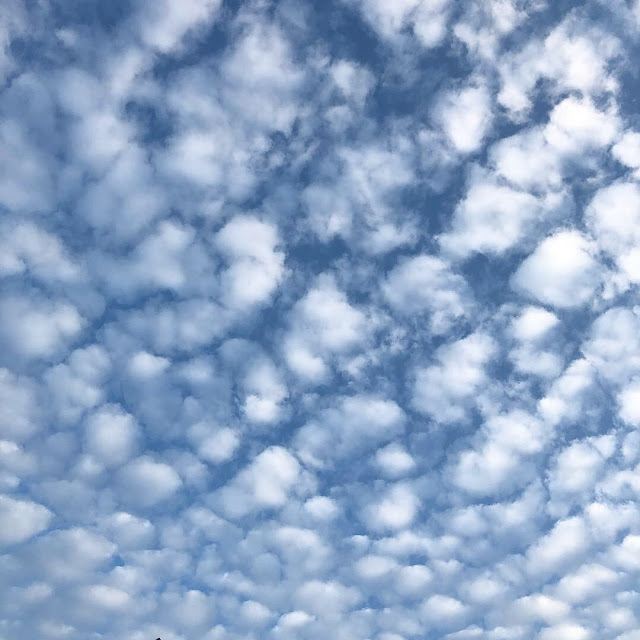 Sasha was better the next day, but still at home.
Every year I buy a couple of Christmas tree decorations. This one is a Gisela Graham ornament. I bought it in the Burford garden centre, when my Mum was staying with us. 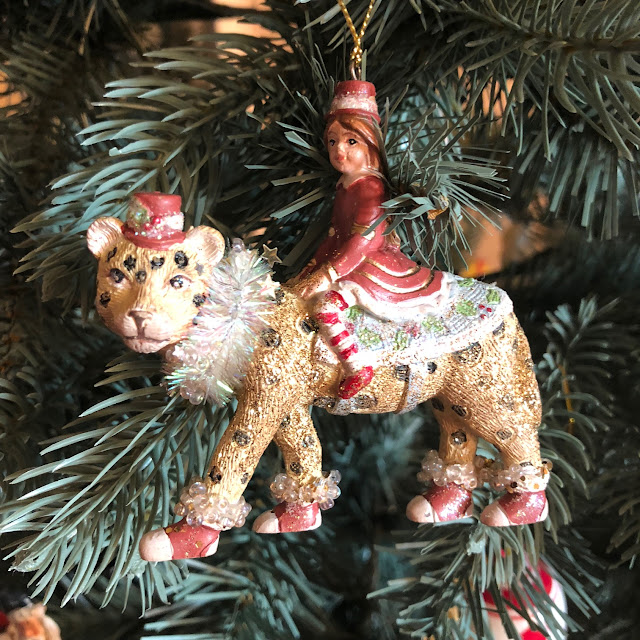 On Friday Sasha's stomach bug was back with vengeance, and he had a bad night, poor thing. I took Eddie to school just to get out of the house and clear the head. It was a cold morning. We walked through the flood fields, and every grass blade was frosted over. 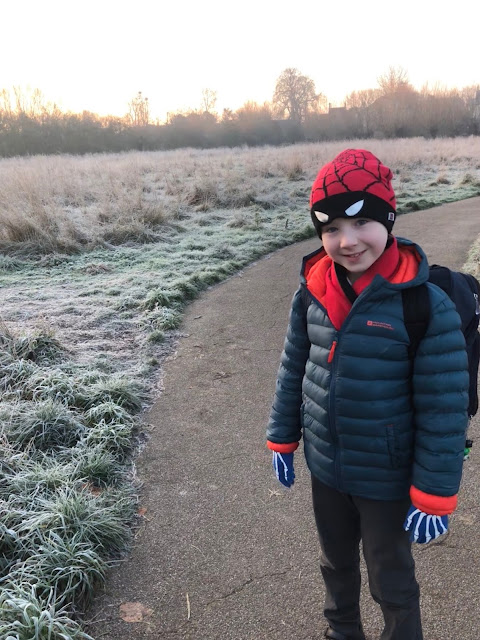 Not as frosty today, but raining instead. I need to start wrapping up the gifts for my boys. These two pop-heads are part of a Harry Potter/Fantastic Beasts haul I got for Eddie. I know he's just going to love them. 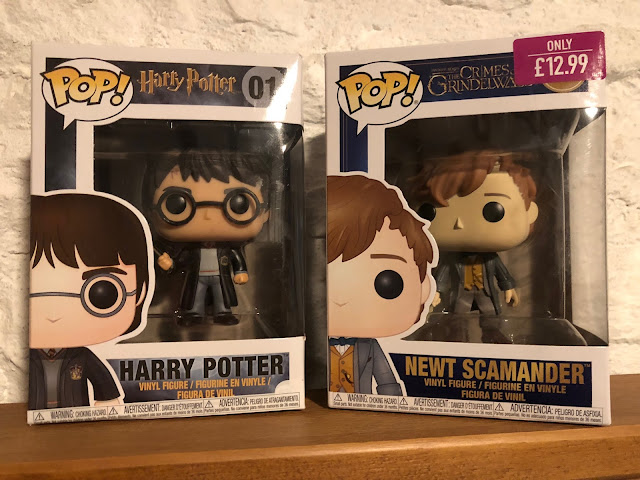