The Promise of Tomorrow by AnneMarie Brear #BlogTour 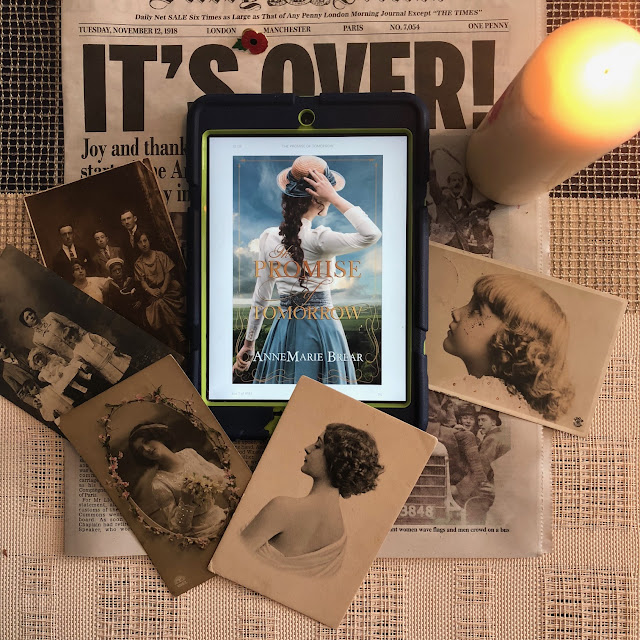 Walking through our town this week, you see hundreds and thousands of poppies in the town square and on many buildings, with stories commemorating those who fought and died in the Great War. Even in our street there are five such commemorative tales of bravery, attached to the doors and walls of the houses where they used to live before the war. The house next door tells the story of two brothers who were killed in action. After 100 years, these stories do not fade, they move and bring tears to our eyes.

The Promise of Tomorrow by AnneMarie Brear is set just before and during the WWI. 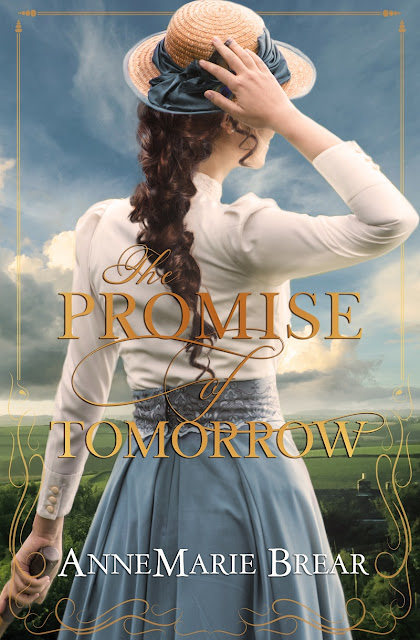 Charlotte Brooks is repelled by the lewd attentions of her guardian McBride, and flees into the night with her younger sister Hannah. Being born into a wealthy family, she is now destitute, and spends a year on the road, trying to earn money to keep her sister and herself. Life is tough for young women like her.
Luck brings two girls to a small Yorkshire village, where they are taken in my a kind couple, the Wheelers, who own a village shop. Life changes for the girls; though living a poor and simple life - in comparison to their previous circumstances - they are happy.
Until the day when McBride manages to trace them back to the Wheelers' house. He is obsessed with Charlotte, to the point that he kills off his wife by staging an accident, hoping to marry his ward. He is also going to gain Charlotte's inheritance. But it's not just the matter of money and greed, he wants Charlotte at any cost.

Harry Belmont is running a mine business. He's an important man in the village, but life is far from satisfactory for him. There are tragic deaths in his family, an absent father and a venomous snake of a sister Petra.
Meeting Charlotte, Harry is smitten. And when McBride starts to prey on Charlotte again, sending thugs into the village to threaten her to return to him, he comes to a decision to propose to Charlotte and save her from the lecherous advances of her abominable guardian.
Needless to say, McBride doesn't take it kindly. Harry's sister Petra is also incensed at her brother marrying a "nobody".

Charlotte and Harry's honeymoon is the most joyous time of her life. Alas, their happiness doesn't last long.
England declares war on Germany.
The war begins, and Harry enlists. Charlotte's peaceful life is in tatters. Harry might never return from the trenches, and the nasty McBride is back in her life, threatening and plotting.

This is a novel of love and war. The war account is honest, brutal and poignant.
The historical setting, both at the front and at home, feels well-researched and authentic.
It somehow reminded me of the episodes of Downton Abbey set during the WWI, when the leading local family has to downsize and adjust to the new times, getting behind the war effort. The village population has its own tragic tales to tell, with many sons and husbands not coming back from the front.

Charlotte is the main protagonist of the book, she is determined and strong -willed, despite her fragile appearance. She is loyal not just to her direct family (husband and even his difficult sister), but to the people at the village and mine.
There is a strong cast of supporting characters too, with the Wheeler couple being my favourites. Stan and Bessie love Charlotte and Hannah as their own daughters and are ready to fight tooth and nail for them.

My only mild wariness is regarding the profoundly evil and immoral character of McBride. He is a bit too much of a one-dimensional villain. There are of course hardened pathological maniacs in real life, but McBride is the epitome of wickedness. You could almost see his horns and tail.

If you're looking for a beautiful love story set during the WWI, this novel will keep you turning the pages. 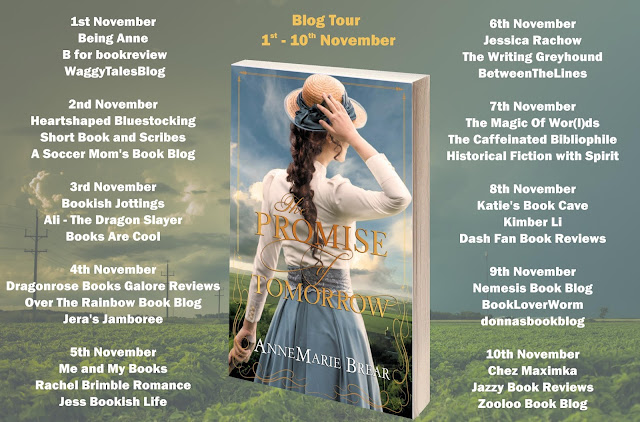 Author Bio:
Australian born AnneMarie Brear writes historical novels and modern romances and sometimes the odd short story too.
Her passions, apart from writing, are travelling, reading, researching historical eras and looking for inspiration for her next book.

Disclosure: I received an ecopy of the book for the purposes of reviewing. All opinions are my own. Many thanks to Rachel's Random Resources!
Posted by Galina Varese at 00:10:00