As I write this post, there is a loud boom-boom outside. The neighbours have already started celebrating the Guy Fawkes night. Though I've lived here for over 22 years, I still struggle with the concept of a celebration based on the fact that a Catholic was tortured and executed centuries ago.

Last Sunday was a sunny day. The apples are beautiful and red, but too high for me to pick them up, even with a step ladder. 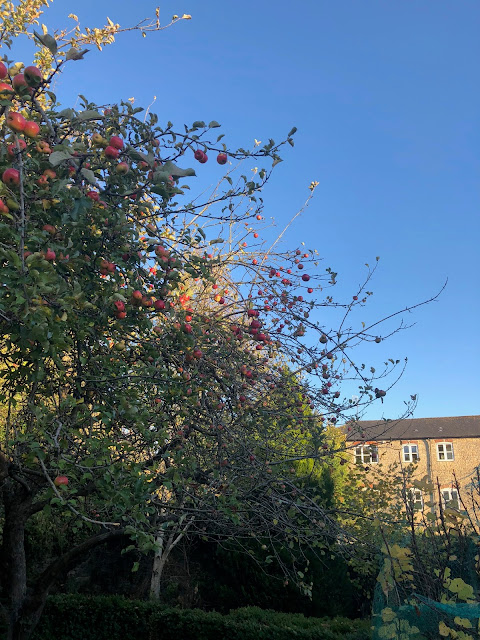 The Moon was pretty visible on the Monday morning, when I came home from the school run. 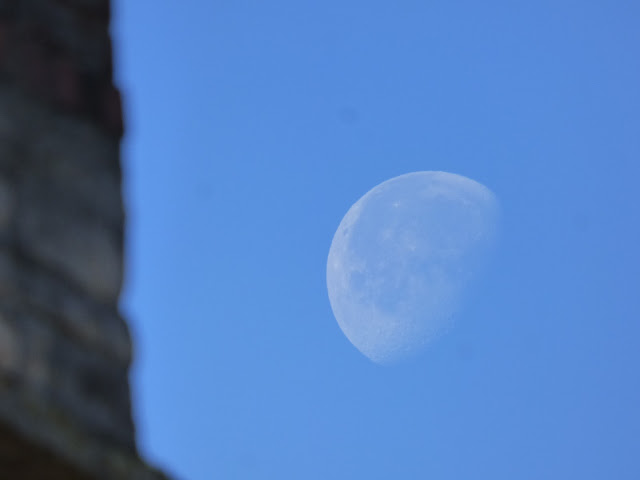 After watching five seasons of Merlin recently, I wanted to carve an image of Kilgharah the dragon from the series. 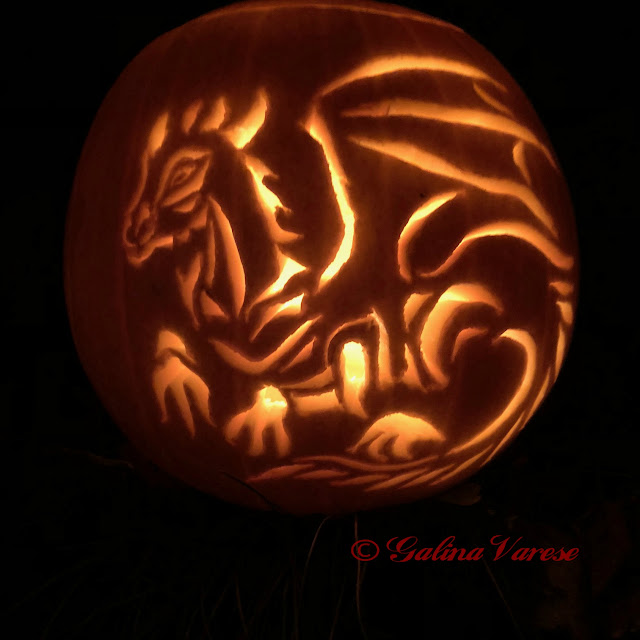 Halloween morning was cold and frosty. The grass in the flood fields was all white. 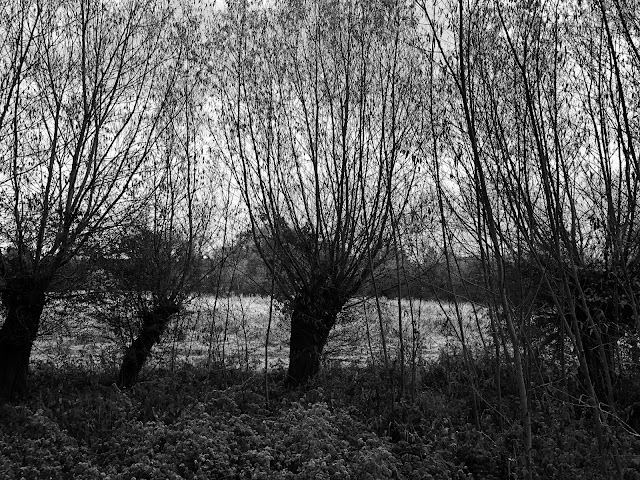 The next day it got much warmer.
Sasha stayed at his resi overnight, so Eddie and I were not in a hurry to get home after school. We walked through the fields. 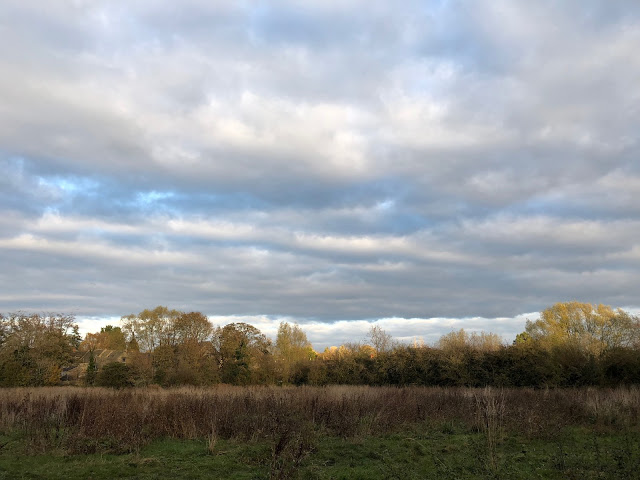 On Friday morning we went out to have breakfast at Bill's before school. Eddie took this photo of me. 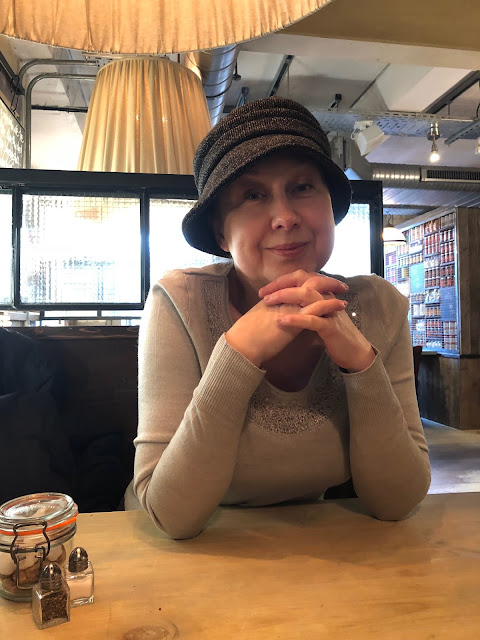 And though technically not a photo, I just wanted to share some exciting news. Eddie took part in the scary story competition run by our local Waterstones. They announced yesterday on Twitter that his story won. I'm very proud of him, as he worked hard on it, spending a couple of days writing it up. 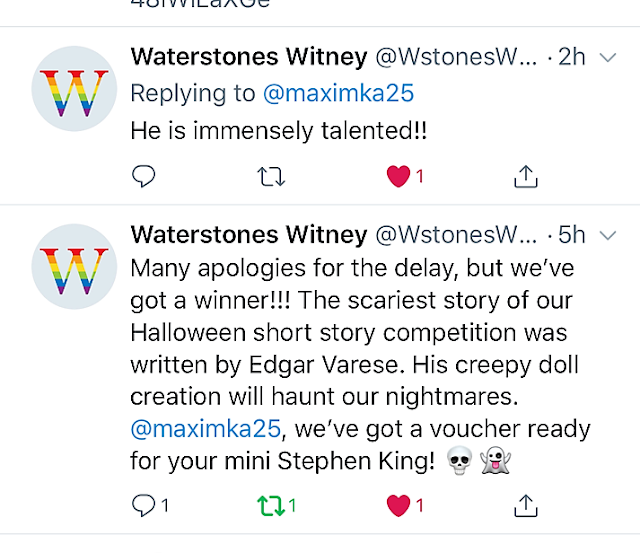 We didn't go to the swimming pool last weekend, so I had to do my duty this time. To be honest, I hate the swimming pool. I am itchy all over as soon as I get in the water. It also makes me utterly sleepy. This is the most boring thing.
After the pool we went to Sainsbury's, where I spotted these two gems. Both flavours sound revolting. They might make "amusing" gifts, but I don't fancy trying either. 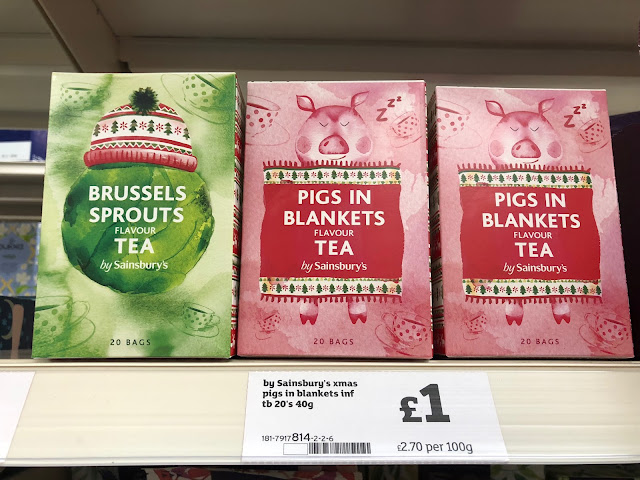