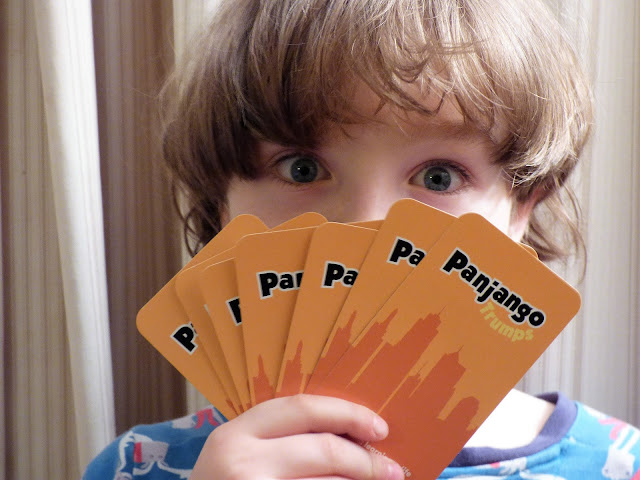 Everyone knows Top Trumps. These themed cards cover any topic you might think of - from dinosaurs to Marvel Comics, from Harry Potter to sharks, from Dr Who to Friends...
My son Eddie loves Top Trumps, he has quite a collection, and would be happy to play every day. I tend to buy a new pack before each long trip by train or a flight.
Eddie has even asked for Yu Gi Oh or Beast Quest Top Trumps for Christmas.

When we were offered a new Trumps game for reviewing, I knew it would be a big hit with Eddie.
If you find the standard Top Trumps a source of rather pointless trivia, you might want to reconsider it when it comes to Panjango Trumps game.

Though based on the same premises as the standard top trumps, Panjango Trumps explores the curious world of work. 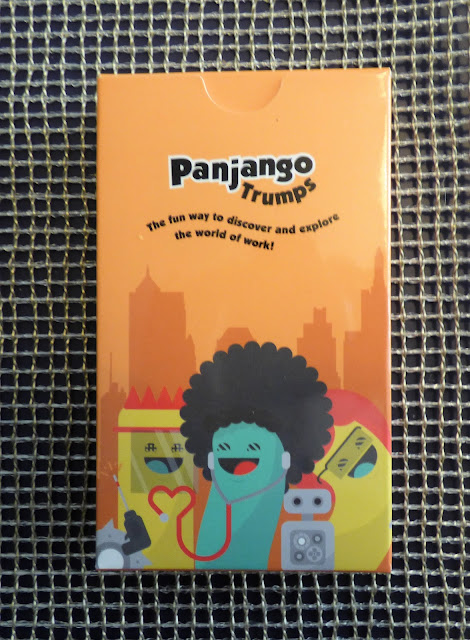 If you are not familiar with Panjango, they make board and card games for children aged 7+. They make learning a fun entertaining activity, based on the real world context.
They help children to think about their future and consider possible choices of a career. 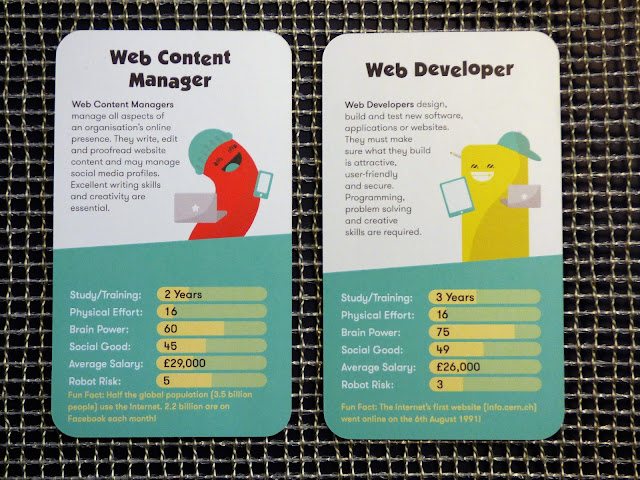 Panjango games let children develop skills for their future in an engaging way.

If you place cards from Panjango Trumps and standard Top Trumps, you can see a lot of similarities and differences. 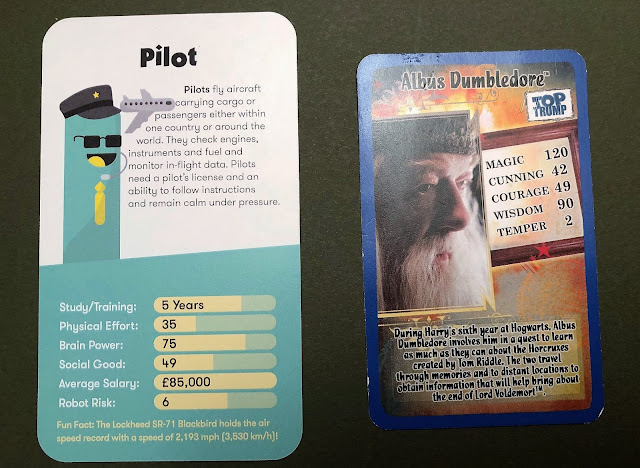 For example, in Harry Potter Top Trumps you see such categories as Magic, Cunning, Courage, Wisdom and Temper.
Panjango Trumps display the following categories as Study/Training, Physical Effort, Brain Power, Social Good, Average Salary and Robot Risk (all self-explanatory).
In both cards you see a little trivia about the character representing the card. 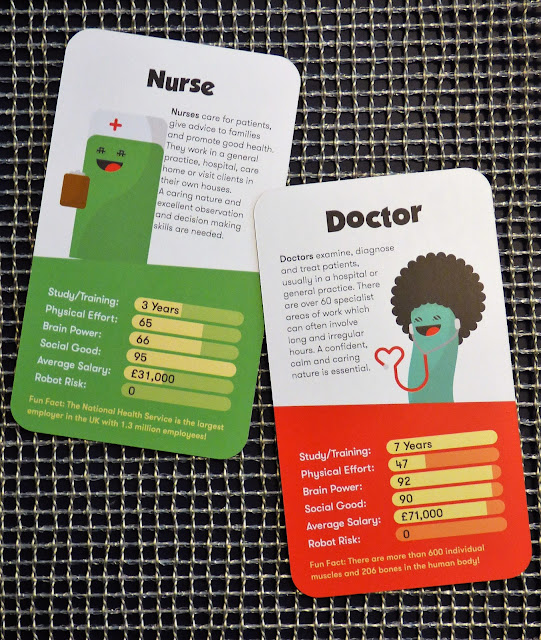 The rules of the game are pretty much the same. You deal the cards, then one player selects a category from their top card and reads out its value. The other player(s) will then read out the value on their top card. The largest value wins.
Players are eliminated as they lose their last card, and the winner scoops all the cards in the game. 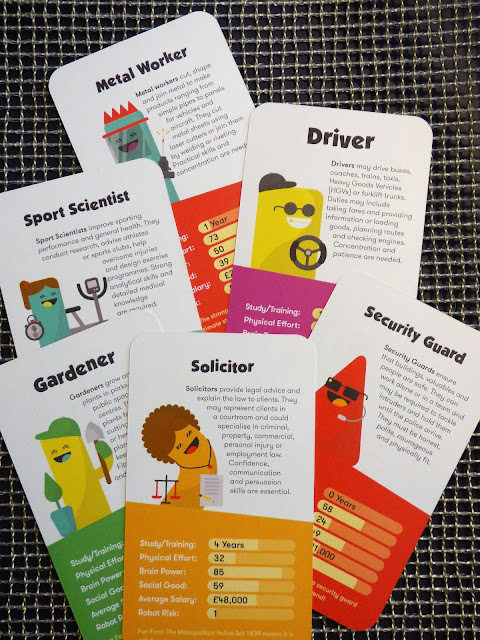 You will also find several cards which suggest different games and exercises including Creative writing (you're asked to write a short story based on the description and rankings of a given job), Word association (you need to find words which you associate with each job), Challenge the ratings (where you argue if the ratings for a particular job are correct in your opinion) etc.
The last challenge could be an interesting task for the whole family. In fact, there were a few ratings that I would not be too sure about: for example, care worker's brain power is 43 , while the library assistant's is 38.

There are 50 job cards to pitch against each other, with useful data. Even I learnt a few things from the cards.

My son enjoyed the game very much, and learnt many facts about different jobs. It was also a good starting point to discuss what job he would like to have when he grows up (I hope Eddie doesn't mind me telling his secret - he's unsure whether to be a Youtuber, a writer of scary stories or LEGO builder). 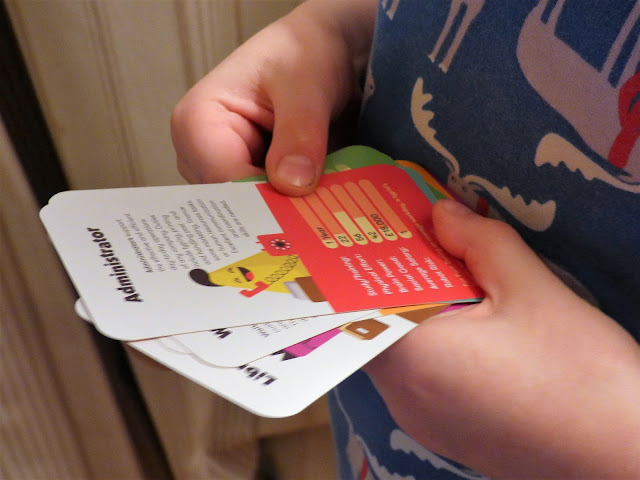 Disclosure: We received a pack of Panjango Trumps for the purposes of testing and reviewing. All opinions are our own.
Posted by Galina Varese at 19:27:00