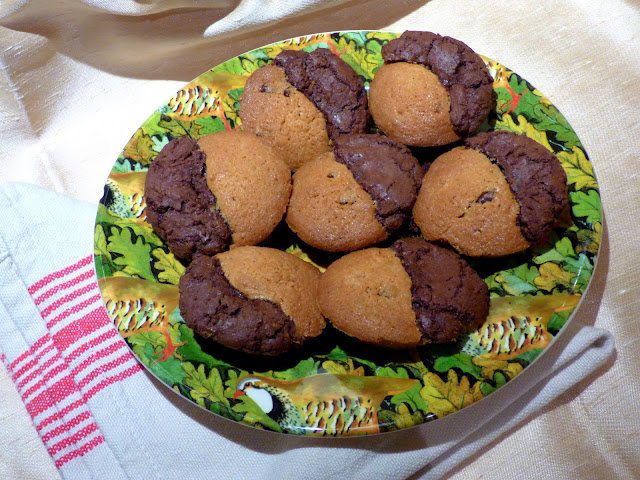 A few weeks ago I was reading Fab Freebies of the Week on Madhouse Family Reviews, as I do every weekend (and if you don't read this weekly post, you're missing on some super freebies), when I spotted the news that The Insiders were looking for testers for Betty Crocker products. This is the first time I heard of The Insiders, and we surely wanted to try some new Betty Crocker goodies and test recipes.
I have applied online, and was pleased to receive an email that we were selected as testers among many other applicants.
Soon before the midterm break we received a parcel with Betty Crocker products and vouchers.

I quite often buy cake mixes to bake with my guys. These kits are easy to use, and there is a wide selection of cakes to choose. Being in the kitchen with my kids also brings back memories of my own first bakes - using the cake mixes and learning to jazz them up, then moving onto baking from scratch.

There were a few recipe cards enclosed with the goodies, and we have chosen to bake a batch of brookies.
Brookies are apparently a brownie-cookie hybrid.
To make Brookies you will need a pack of Chocolate Chip Cookie Mix, a box of Chocolate Fudge Brownie Mix, 2 eggs, oil and water.
For the Cookies mix a pack of Choc chop cookie mix with 65ml of vegetable oil, 25ml water and 1 medium egg. In the second mixing bowl mix the brownie mixture with an egg, 1tbsp vegetable oil and 1tbsp water.
See the full recipe for Brookies at Betty Crocker's site. 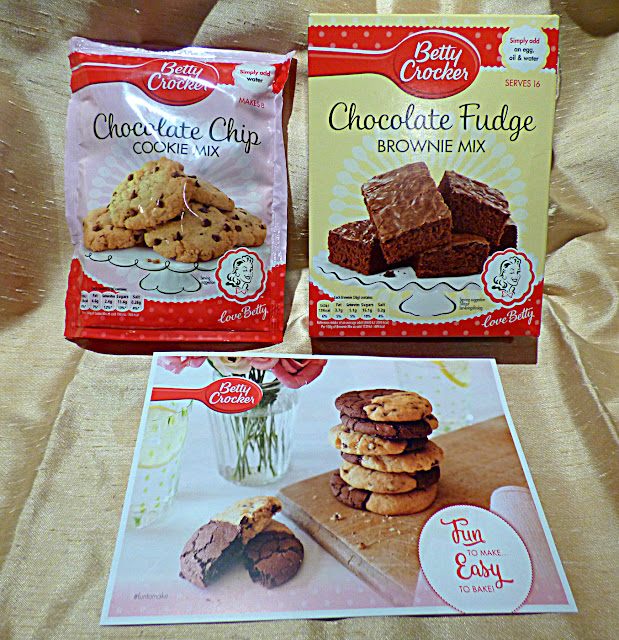 Since we were testing the recipe, we did exactly as suggested. And here we got a bit of a problem. The brownie dough was still pretty dry, while the cookie dough was too runny.
We were supposed to roll the brownie and choc cookie dough into little balls, flatten them slightly and attach to each other. Now there was no way we could roll dry brownie and runny choc chip dough. 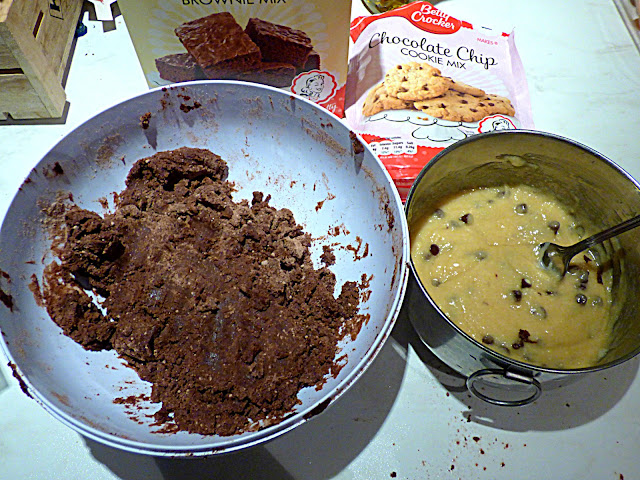 To solve the issue we added more oil and water to the brownie mix until we got the right consistency. We put brownie halves into the buttered cupcake tin and spooned the choc chip dough in. If we just put it on a lined baking sheet, the choc chip batter would have spread over. 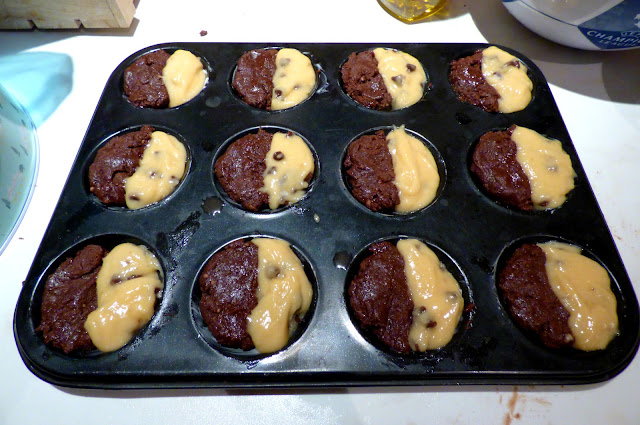 The brownie part was still quite gooey while the choc chip part was already cooked. So, my verdict is: though a fun recipe, it still needs some tweaking. 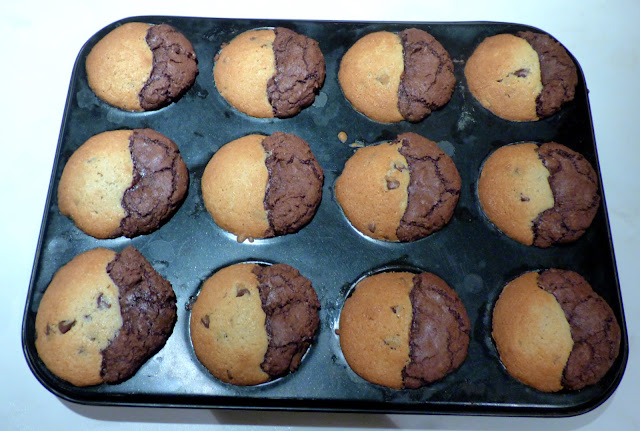 Have you tried baking Brookies? 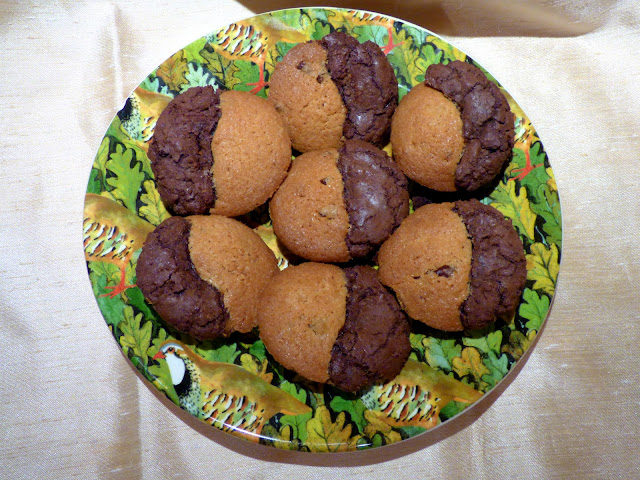 The recipe card did say you'd have some leftover dough. I had mixed the remains of both brownie and choc chip cookie dough together, added a big handful of oats and a bit of flour, rolled it out and cut out oat chocolate cookies.
Baked at 180C for about 12 minutes. They are still soft when you take them out of the oven. 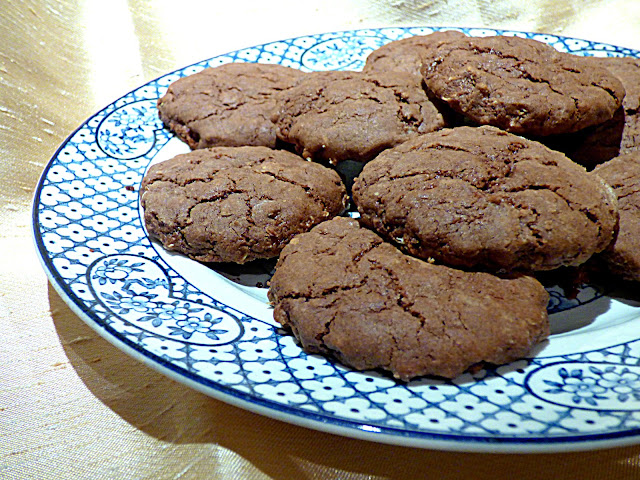 Disclosure: As mentioned at the beginning of the post, I received a selection of Betty Crocker products as part of The Insiders programme for the purposes of testing and reviewing. All opinions are mine.
Posted by Galina Varese at 20:52:00