I have been following Free E-books Daily on Twitter for a while and added quite a few books to read, mostly cook books and historical fiction, as these are two genres I enjoy the most. They seem to favour chick lit, romance and sci-fi, which I read very rarely. But I also happened to discover a few new authors from my favourite genres. One of the pure gems I came across was Moonfixer by CC Tillery, Caitlyn Hunter and Christy Tillery French. As it happened, it was a second book in The Appalachian Journey series (after I finished Moonfixer, I bought the first book).
It starts in 1906 when Bess and Fletch Elliott buy an old plantation in North Carolina, with a house and slave shacks nearby. They got 400 acres of land to work on, with beautiful views. What they didn't plan to acquire was the ghosts of the slaves.
Bessie, a talented healer, has inherited her skills from her Cherokee ancestors. Her grandma Elisi, her spiritual mentor, is often mentioned in this beautifully written book. She feels the nature as a live being, and finds solace and strength in the restorative powers of nature. The sounds, smells, colours all come to life in the book descriptions.
The life on the mountain is tough, and the work is endless. Some stories are totally heart-breaking and tragic.
Yet Bessie is determined to follow her career and be an inspiring teacher for the mountain folk's children.
She shares her knowledge of the Cherokee legends with the young generations, and also helps the locals as a wise woman. She picks the herbs and plants, and uses them as medicine.
In some ways Bessie reminded me of my own grandma, who lived in the middle of nowhere, in a small Southern Russian village. She also collected and dried herbs, growing some in her garden which was bordering with the woods, and going in the wild steppes to pick the other plants. She was brilliant with animals, and they responded to her gentle touch.
I was thrilled to discover this inspiring book. I'm looking forward to reading the first book, and hope the third book will be published soon. Moonfixer ended on a cliffhanger, and when I visited Amazon, eager to read the sequel, I realised that it is not finished yet.
-------------------------------------------------------------------------

With our #ReadCookEat challenge in mind, I kept reading the food references with great interest. There were a few possible choices for recreating a recipe, but it was Molasses Cookies that I finally decided to bake.
It was a bit difficult to find proper molasses in our little town, the supermarkets only sold either pomegranate molasses or molasses sugar. Eventually I found two different brands of liquid molasses in Holland & Barrett.
But as I bought a box of molasses sugar, I decided I was going to combine both ingredients in my recipe. There are lots and lots of recipes for molasses cookies online, but they are all American, and I could never figure out the exact cup measurements. The conversion guides are very confusing, with different kinds of sugar and flour coming to different weights. So my recipe is based more on my intuition than any precise American recipe.
"I won't be but a minute and I think Loney has some of Mama's molasses cookies hidden away where the little ones can't get to them. We'll have some of those, too" (Moonfixer) 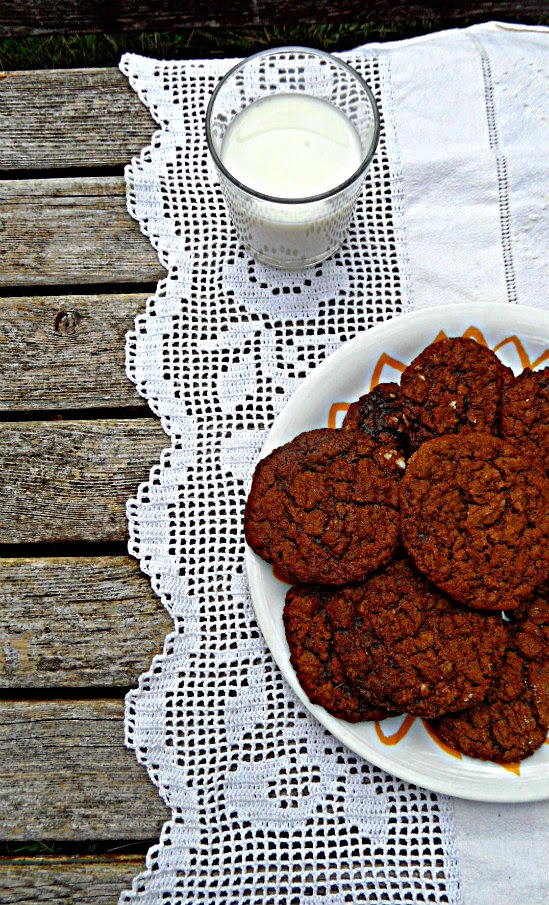 In a deep bowl beat together the sugar, molasses and butter. Squeeze lemon juice over soda, once it goes all bubbly, add it to the sugar mix. Add all the spices, egg, flour, oats and mix well. The dough will be quite sticky.
Put the foil or parchment paper on two trays and slightly oil it. Put a bowl with cold water next to you. Dip hands in the cold water, then pinch a piece of dough and roll a ball the size of walnut. Place about 6 balls on a tray, spaced from each other, as they expand during baking. With a fork flatten each ball, so it looks more like a cookie. I ended up with 4 trayloads, so I baked them in two batches.
Bake the cookies at 180C for 10-12 minutes. They will still be soft when you take the trays out. Let them coo, and they start to harden.
Very tasty with a cup of tea or coffee, or with milk if you prefer. 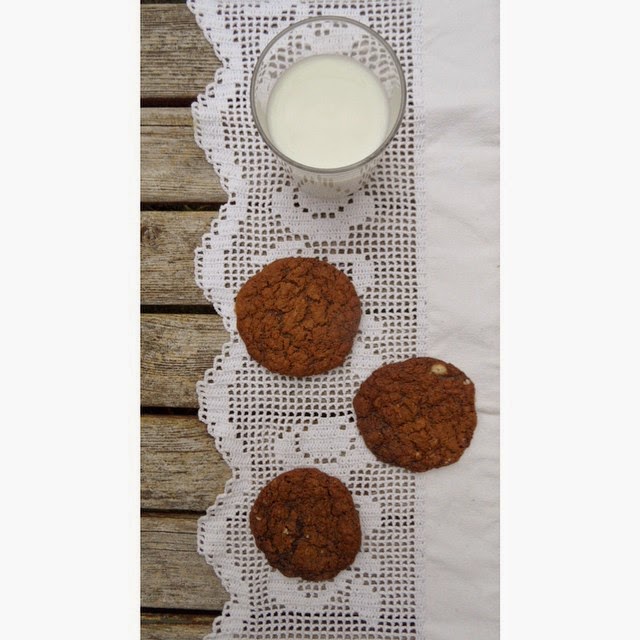 I don't know if Bessie's Mama's Molasses Cookies were similar to mine, but hope she would have liked them. 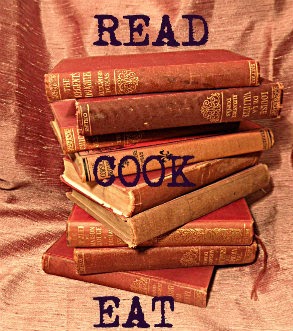