First day at the nursery: rites of passage

The day has come for Eddie to start the nursery. I have been anxious for weeks in advance, how will my little man cope without me in this brave new world. He is only little, just turned 3 in July, and will be the youngest in his group. We have never spent a day apart in his life, and though I have left him with my Mum or a childminder for a couple of hours, it's not the same, as he was at home, in his own safe place, which he knows so well. 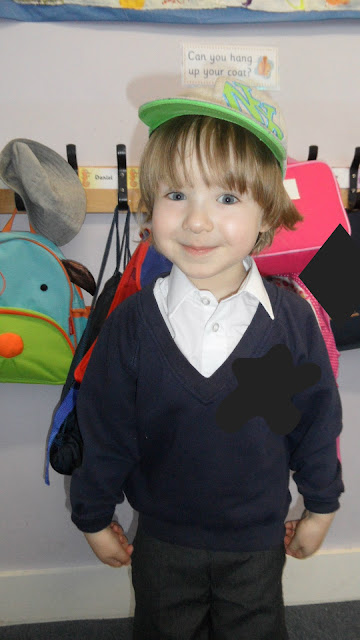 My boy has probably picked on my anxiety, as days before he started the nursery he kept asking me if I would be there with him. Every time I had to reassure him that though I wouldn't be in the room, I wouldn't be very far, and I would take him home in a few hours.
We arrived, came into the big class, and all his initial smiles turned to worry and fear, as one of the other children was crying hysterically. He looked at me and grasped my hand even tighter.
How can I leave my little boy? I was a total wreck, a quivering mess. One of the teachers came up and offered to take Eddie in. I told her I was going to stay in the staff room, just in case Eddie's having a big meltdown. With my older son, I was offered a chance to stay with the class for the first week, to help him to adapt to a new environment. 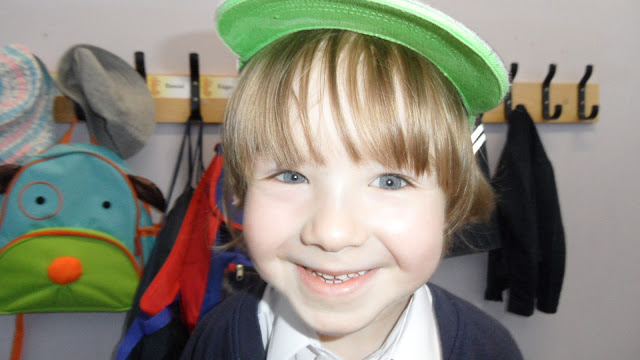 A few times I left the staff room and peeked in the class from the corridor. I saw Eddie engaged in a conversation with one of his TAs, he was showing her some drawing. Another time I saw his little face all red and scrunched like a piece of paper, with his little hand wiping the tears. My oh my, my heart sank.
Quarter to 11am, the teacher came to the staff room and asked me if we moved recently, as Eddie kept telling her he wanted to go to his old house. I told her, we moved over 6 years ago, so Eddie could only mean his home. He must be thinking this is a new home. I asked her to tell him that I am just in the room next door and that I will pick him up soon.
As he is ever so little, he doesn't quite get the concept of time. Three hours feel like an eternity when you are not sure about what you are doing there and why you are there, among the total strangers, and where is your Mama.
It made me think how vulnerable our babies are. How scary it must be for a little person to be left without someone he knows and loves.And how brave.

Needless to say, both Eddie and I were very happy to be reunited. Rites of passage. He was hungry and gobbled a rice cake. After the school, we went to a nearby playground.
That afternoon, after his nap, the first thing Eddie said after he woke up was: "Mama, thank you for picking me from the nursery". Poor thing, he was scared that I might leave him there.

I hope that once he is settled, he will start enjoying the company of the other children, make friends and make a good use of all the wonderful toys and equipment they have in the playground. He is a social animal, and is always trying to strike a conversation with the children he meets in the library or while shopping.

But my heart is aching, when I have to leave him in the class. And perhaps, just perhaps I also mourn the loss of  the babyhood and that time together, when only the two of us stayed at home in the mornings.
You are not a baby anymore, my little man. 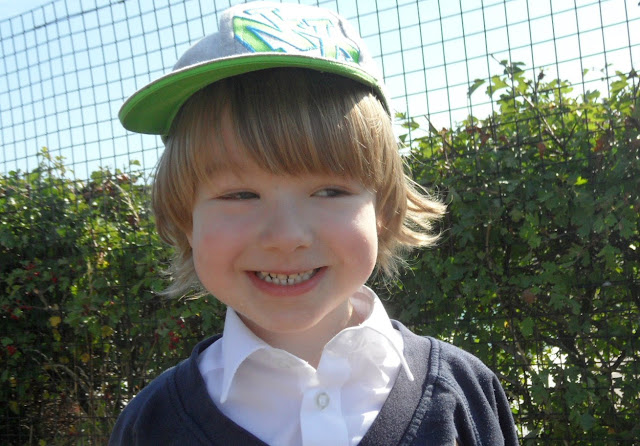