We eat lots of honey here, I don't know if it's thanks to my Russian origins (my husband claims he got addicted to tea with honey when he was in high school in Canada) but my kitchen always has a supply of different honeys. British honeys could easily compete with the honeys from all over the world. Honey is a tasty accompaniment to pancakes, blini, crumpets, it transforms the salad dressings, glaze, sauce, and is perfect for both sweet and savoury dishes. Clarks It! has created a new simple design for its Clear Honey.


If you are a fan of Clarks maple syrup, you are familiar with their iconic splat design. This idea has been extended to a new design for Clarks honey: a flying bee over a flower. A clean striking design, deceptively simple and clear on the message that it contains British honey.
The brand is actively supporting the British Bee Farmers in its policy of blending the British honey.
Clarks think it is important to use a higher quantity of British honey, using 15% British honey - more than any other brand.
What makes Clarks different?
I was astonished to read that 90% of honey we consume is imported to the UK, most of it comes from Asia (80%). The British honey is pretty expensive. If you visit the farmers' market, you might have sighed at the prices. Saying that, I do want to support the local bee keepers and buy a few jars every time I have a chance to stumble upon the farmers' market.
Most of the honey-producing brands blend cheap Chinese and European honey, but are rather economic with the truth, saying it is a blend of EC and non-EC honeys.
I would love to know more about what I am buying, and welcome Clarks' initiative to include a more expensive British honey in the blend.
I would also love them to be more specific about the origins of the blend (it says on the jar "A blend of EC and non-EC honeys").
According to CEO and founder Bob Clark: "We realised that no one else produces a blended honey that contains British honey and we saw a great opportunity to be first to market. It was crucial that we had a brand and design that would stand out on shelf against the established players and communicate to consumers that they were getting British honey how they like it, clear and runny". 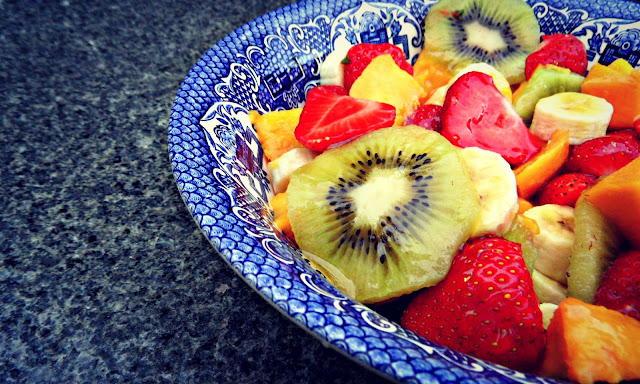 Runny honey changes a simple dish of porridge into a delightful treat.
My guys love their tea with a spoonful of honey. My husband adds it to his muesli or granola every morning. How about drizzling it over a fruit salad? Delicious! 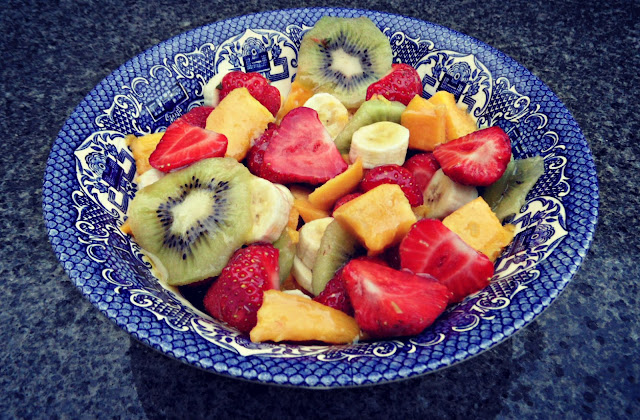 Honey is a versatile ingredient. It adds a touch of sweetness and depth of flavours to a meat or fish dish.
Honey and soy sauce glazed salmon 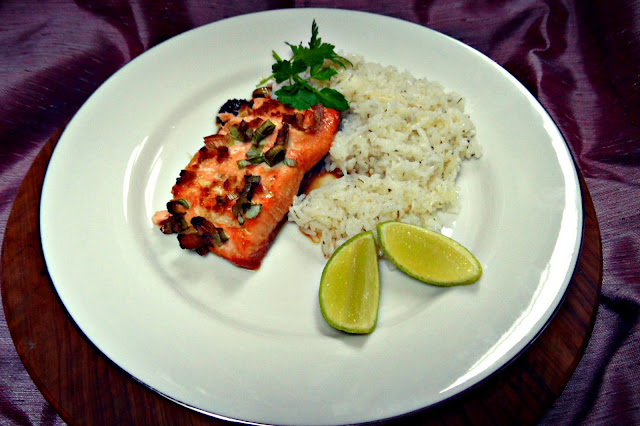 And if you are feeling under the weather, have you tried a cup of hot milk with a spoonful of honey? 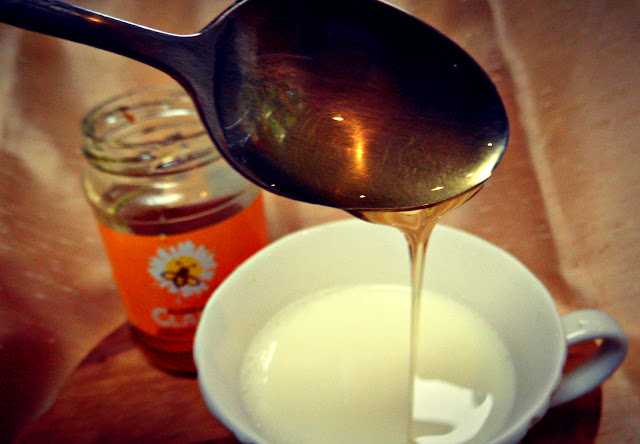 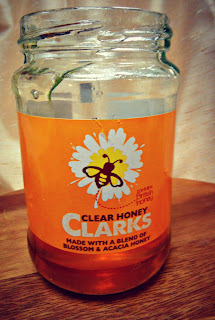 Disclosure: I received a breakfast hamper from Clarks (see the top image). All opinions are mine.
Posted by Galina Varese at 17:46:00