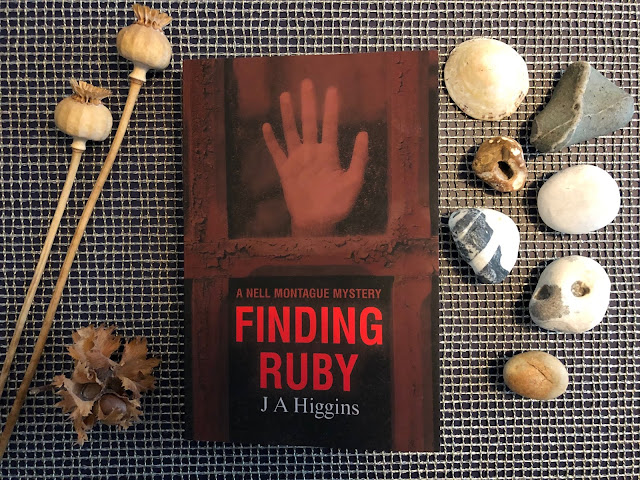 Finding Ruby by J.A.Higgins is the first in the Nell Montague mystery series. It is a tense, yet sensitively written psychological thriller, with the elements of the supernatural.

Nell Montague was only seven, when a 13-year-old girl named Ruby disappeared on a Halloween night. She was last seen in a company of a masked figure. Nell was the only witness.

Fast forward 23 years. Nell is living with her abusive partner Gary, and has a low-paid job. She is hoping for an elusive promotion.
Abandoned by her father when she was a child, and losing her Mum to cancer, Nell grew up lacking in confidence and craving for love. Her grandmother Elizabeth was all she had.

After her grandmother's death Nell is truly alone.
Her grief is palpable, her heart is in turmoil: "She had expected fear, despair, misery, but nothing had prepared her for the physical loss. Sounds were too loud, movement hurt her eyes, she was incapable of carrying out an action and on top of it was the continual quivering inside as if she were a volcano about to erupt."
Having lost the only person who truly loved her, she is bereft and fearful.

Her boyfriend Gary is a brute. As often happens with victims of a domestic abuse, Nell is forever walking on the eggshells, trying not to "provoke" her partner. She wants to leave him, but at the same time she is scared of loneliness, and finds excuses for him, hoping against any better judgment that he would amend his ways.

The meeting with the solicitor changes her life, as her grandma has left her two properties, giving her a gift of a financial independence.

At the same time, Nell is being followed around by a mysterious Austin whom she met at her grandma's funeral. What does he want from her?

Her vivid nightmares have clues to her past, and the tragedy which happened all those years ago.
"Escaping into the imagined life of her alter ego was something Nell seemed to be doing more and more,
When she was unhappy or panicky; when she was stressed or afraid..." In her mind she is Ruby, confident, self-assured, successful, everything Nell is not.

But there is another side to Ruby. The Ruby of the nightmares which haunt Nell.
"Napping in the afternoon often brought impossibly real dreams and the Ruby nightmare came at any time when she was particularly stressed".

While Nell is trying to adjust to a new life, another 13-year-old girl named Emily disappears.

Nell's nightmares turn into hallucinations, and she begins to think she might be losing her mind. Hoping to find some answers, she goes to a psychic, who tells her that two disappearances are connected. In order to find Emily, they might solve the mystery of Ruby's abduction.

Horrors of the past might be shoved in the furthest corner of your mind, and you might think they are locked away for good, but they have an uncanny ability to come back to the present.

Finding Ruby is an absorbing mystery story, a perfectly crafted thriller. It kept me reading into the night.
I can't wait for the next book in the series.

Many thanks to J.A.Higgins, Silverwood and Rachel's Random Resources for my copy of the book!

This post is part of the blog tour for Finding Ruby. 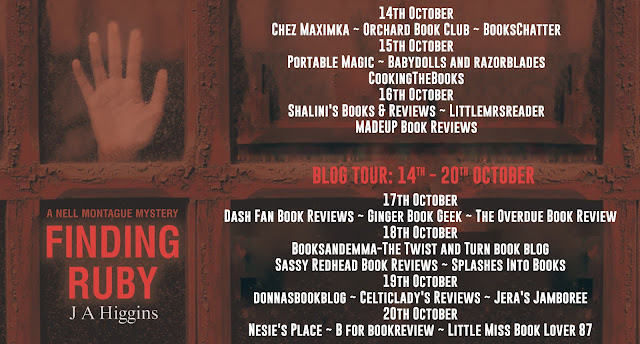 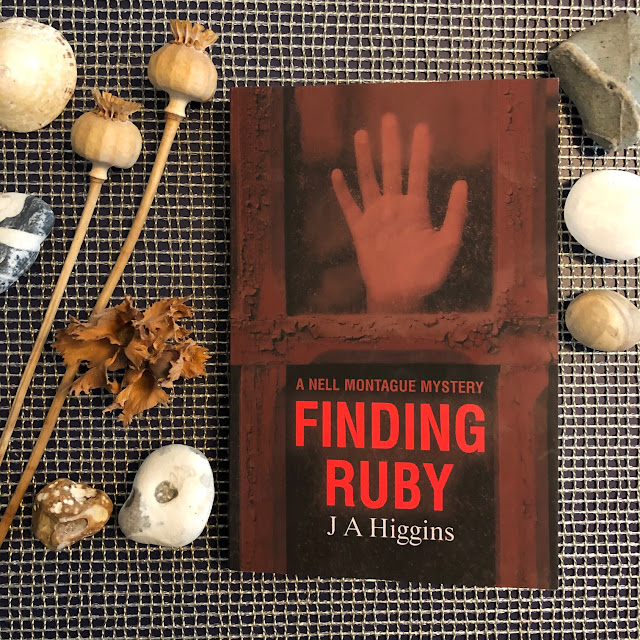