The last week of school was pretty hectic. We waved our schools good bye on Wednesday. The summer holidays have officially started, with the temperatures rising over 32C. Thursday was totally unbearable, it was so hot, I felt like walking through a warm soup.

Sunday was much anticipated by Eddie, who had his birthday party at The Shake Shop. His birthday was later in the week, but we didn't dare hosting a party once the holidays began, and people would be going away. Even that, we had a couple of last minute cancellations.
Despite that, Eddie had a wonderful time. His friends and he had a full run of the shop after the cafe was closed to the public. They had milkshakes, they danced, they played Beanboozled fortune wheel game and had a go at the vintage penny arcade. 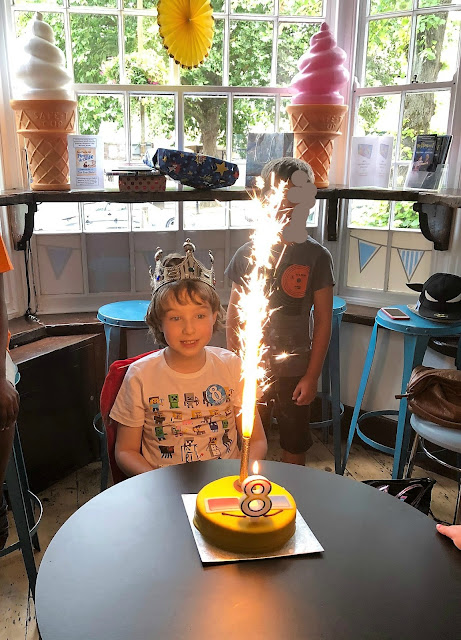 On Monday I was frantically wrapping up gifts for teachers. I bought red-striped Cornishware as gifts (and the little teapot and the milk jug are a treat for me). 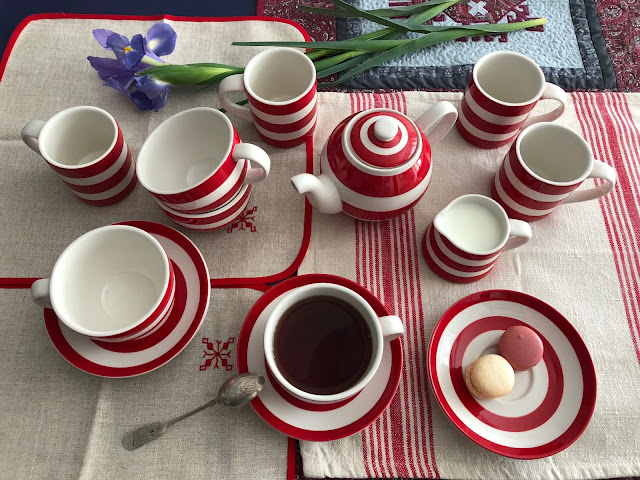 On Tuesday Sash was staying overnight at his residential place, and my husband and I took Eddie out to Pizza Express as a birthday outing. We're like a Royal family, spreading the celebrations.
We were sitting in the walled courtyard, and I tried a new cocktail, with prosecco, elderflower syrup and mint.
I should have ordered a pizza, just like my guys, but I opted for a Salad Nicoise, and it was a mistake. It was clearly made with cheap tinned tuna, and no green beans in sight. 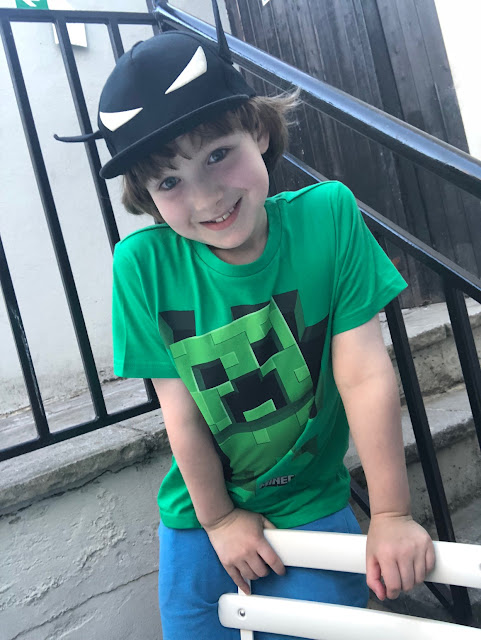 My assorted tomatoes in the greenhouse are doing pretty well, they must like the heat, though I do have to water them daily. 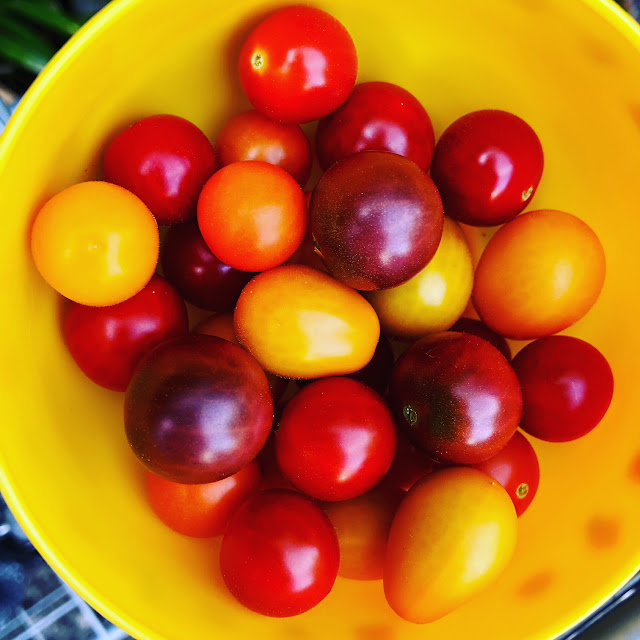 Thursday was unbearably hot. I only left the house to water the potted plants outside the kitchen, and saw this poor bee which clearly suffered from the heat too. I wrote about it the other day, that I first thought it might be dead, as it wasn't moving at all.
I had to revive it a bit with fresh water, and off it went. 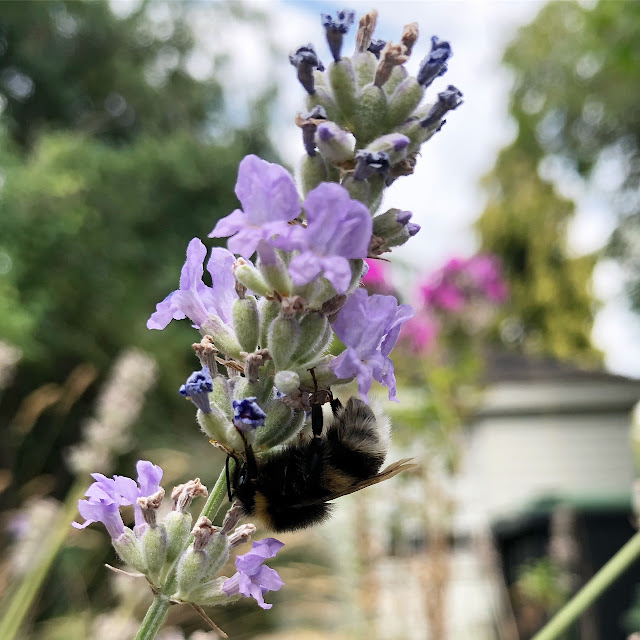 Eddie is a big fan of Bear Snacks, especially the Yo Yos, and has a big stash of cards which come with the fruit snacks. It was his idea to lie down and cover himself with cards. 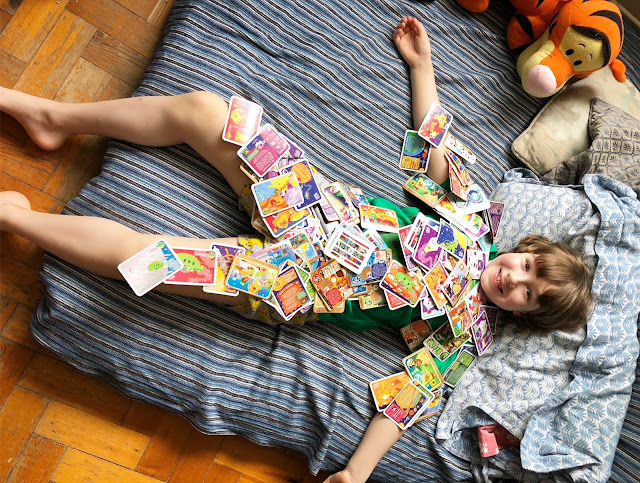 Isn't it typical - you wait for the rain to come for weeks and weeks, and then it arrives on the night of the Blood Moon. We kept poking out in the garden to try to spot it, but fat chance, the sky was completely covered with the dark menacing rainclouds, so we missed our chance to observe this unique natural phenomenon. Did you happen to see it?
This evening's sky is not as dramatic, but still the Moon is in hiding. 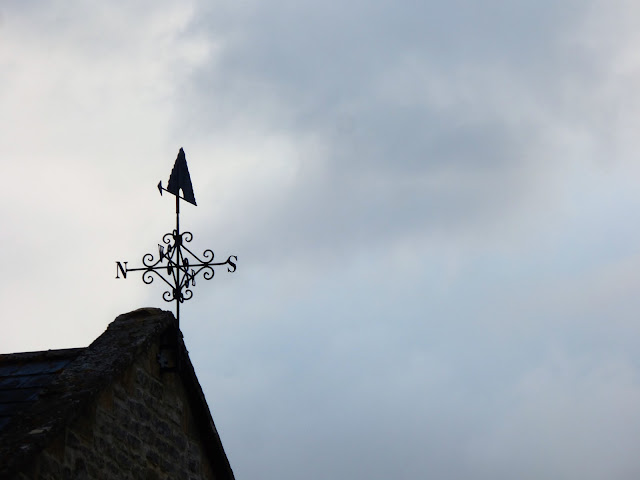