Summer vacations and new paperbacks are inseparable. If you prefer historic mysteries, look no further.
A Necessary Murder by M.J. Tjia (Legend Press; out on 2 July 2018) is set in the Victorian London. This is the second novel featuring the one and only Heloise Chancey, the courtesan and private detective. It would help if you've read the first book in the series, but this sequel reads as a standalone quite well. 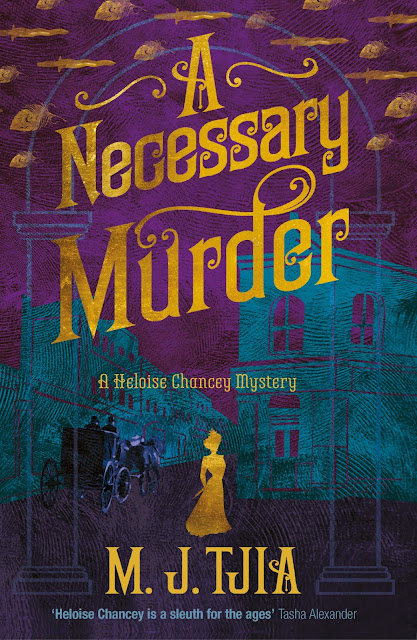 The beginning of the book is very grim. A young child is found murdered in the outhouse (or necessary, which is another old-fashioned word for it). (The first novel in the series also starts with a graphic, disturbing scene).
A few days later a man is killed in a similar manner on Heloise's doorstep.
Heloise must use her wits (as well as sexual charms) to find out the killer. Her devoted maid and confidante Amah Li Leen has to face the demons of her own, and find out how the past is entwined with the present.

Heloise is a complicated character. I didn't like her much in the first novel, as I think she is totally wasting her talents on being a courtesan, which is basically a glamorised prostitute. She sells her body for money and comfort, while she doesn't really need it any longer. She is quite superficial, and her lack of scruples is pretty obvious.

Her current lover (or one of them) is going to be a father, and Heloise feels mightily annoyed when he goes to his country home to be there for the birth of his child. How dare he indeed?!

She is wilful, selfish, ego-centered and vain to the point of obsession. She is preoccupied with her looks and outfits, understandably in the profession she has chosen. If she were living nowadays, I imagine there would be a stream of edited pouting selfies on Instagram with beauty-related hashtags.

She is fond of her maid Amah, but at the same time does not care enough to look into her troubles closely.
Amah's story makes a compelling narrative, and you start to understand her better. A Necessary Murder tells us more about Amah, than Heloise.

The historical background of the Victorian London is believable, dark, menacing and gruesome.
You feel dropped amidst the Victorian England with its prejudices and morals (or lack of them), and explore the different strata of society.

This is not a cozy mystery, and if you are easily offended by sex scenes, this might be not the right series for you, though sex is downplayed in the 2nd book.

This review is one of the steps of the blog tour. If you fancy reading what the other bloggers thought about this novel, check out the following route: 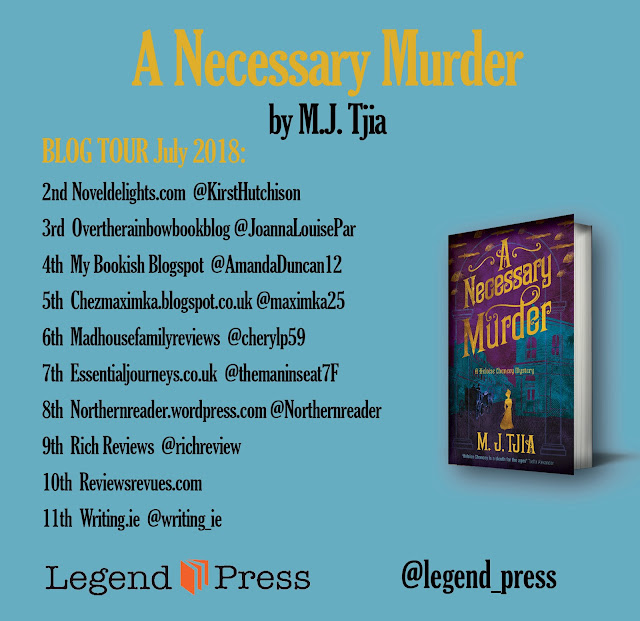 Disclosure: I received an advance proof copy of the book for the purposes of reviewing. All opinions are my own.
Posted by Galina Varese at 00:10:00