On Sunday Eddie and I went to the cinema to watch Sherlock Gnomes. We invited Eddie's best mate with us. I think the boys enjoyed the film more than I did. There were some amusing moments, but overall it was predictable and a bit yawn-inducing. I'd rate it 3/5, though Eddie was more generous - he said his rating would be 7/10. 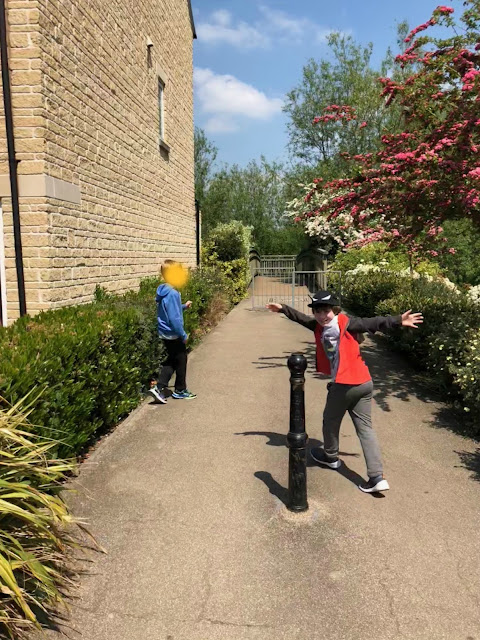 Monday sky was full of fluffy clouds. It was a hot day. I nearly melted, watching Eddie's school rehearsing the performance for the next day. 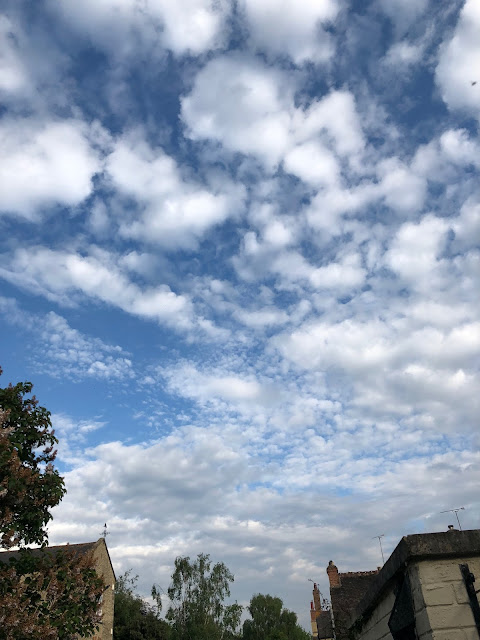 It was still very hot on Tuesday, when Eddie's current and previous schools had a joint May Day dance on the Green. There were lots of spectators, including some elderly darlings who came prepared with the tea flasks and biscuits. I took a lot of photos of dancing children, but for obvious reasons cannot share them on social media.
Here is my smiley boy. He did very well, I thought. He might not be a natural dancer but he gave it all, and it was more than some other kids did. 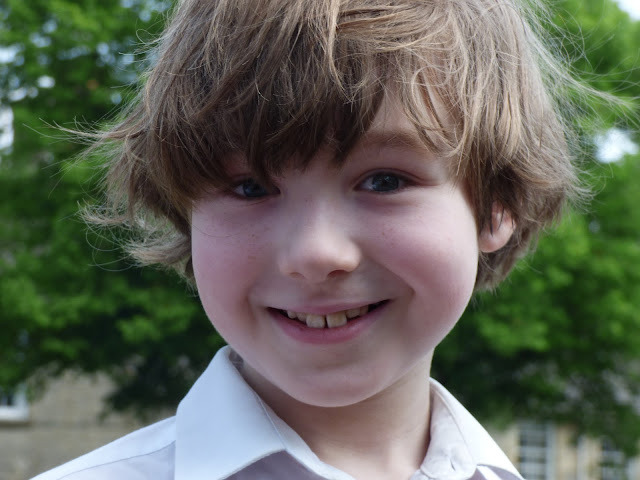 There are some random flowers appearing in my garden, I never remember where and what is supposed to be, and completely forgot that I had some irises. 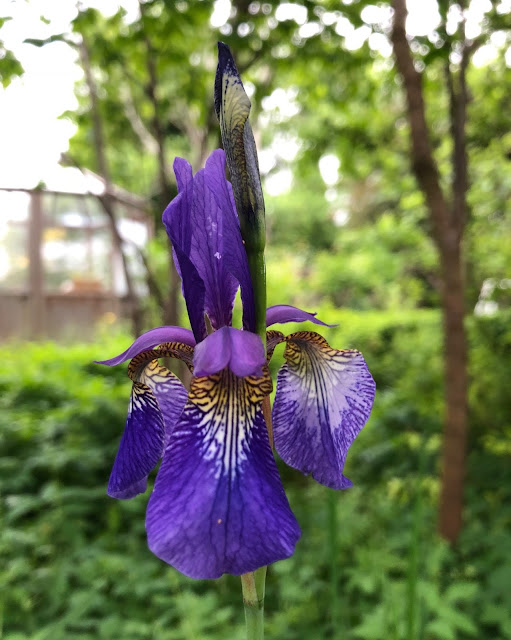 Thursday was full of sadness. I went to the funeral of Sasha's school mate. It was a very moving and heart-breaking service. The big church was packed full, with school parents, teachers, carers. I dissolved into tears when the coffin, decorated with penguins, entered the church to the music of "Bring him home".
I cried so much, during the service and afterwards, that I had a splitting headache later.
Sash was staying at his respite place overnight, my husband had to travel in the evening, so it was just Eddie and me on our own. We ordered a pizza takeaway, and watched Batman vs Superman.
I didn't take any photos on that day.
The roses, cascading down, are in our garden. 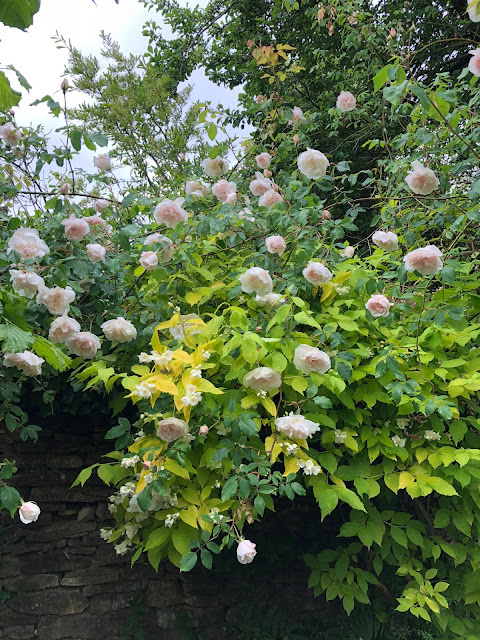 Friday was a rainy day. I managed to catch this flying beauty just after the rain has stopped. 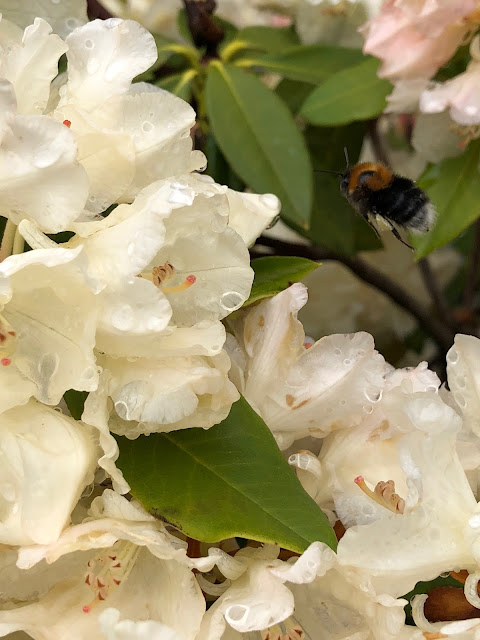 I told Eddie that my blog readers were disappointed not to see a Gregg's sausage photo last week, so could we go back to Gregg's? He said: OK, if it's for the fans, let's do it. Ta da, a Sausage roll weekly is back. 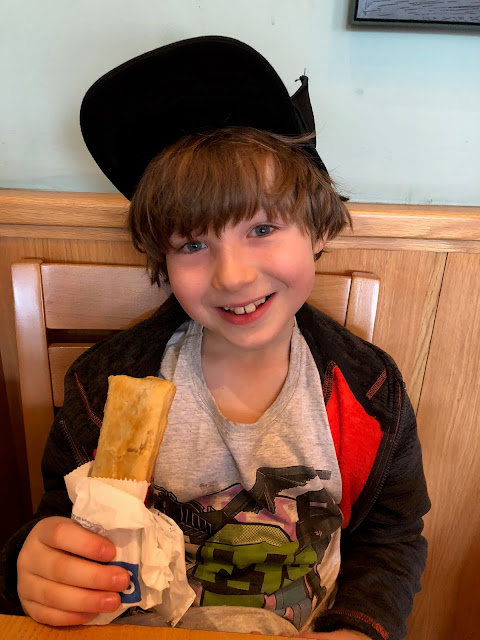