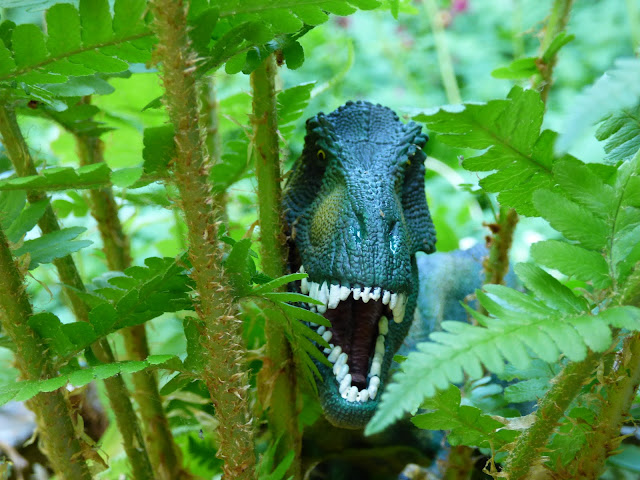 Last Easter fortnight Eddie and I spent glued to the TV, binge-watching 5 seasons of Primeval. If you haven't seen it, it's a sci-fi series based on the premises of anomalies appearing all around us, which open the doors to the scary prehistoric past or the bleak future. We watched it together and later discussed all the scary bits about dinosaurs and other prehistoric creatures, the nature of evolution and what would happen if these creatures were indeed let loose in the streets of modern cities.

And then there's the Jurassic Park/World series, which we've also watched together last year, snuggled under the duvet for extra safety.
Jurassic World: Fallen Kingdom is hitting the big screens next month, and it's rated PG. I'm not sure yet if we go to see it in the cinema, I think I'll wait for reviews first.

For dino-loving devotees like us, Schleich offer a selection of new dinosaur figurines for 2018. This year, Schleich fans will be thrilled to see dinosaurs in new poses and designs. Their range is regularly expanded, and the website is of great educational value. You can find a lot of information about the prehistoric creatures. 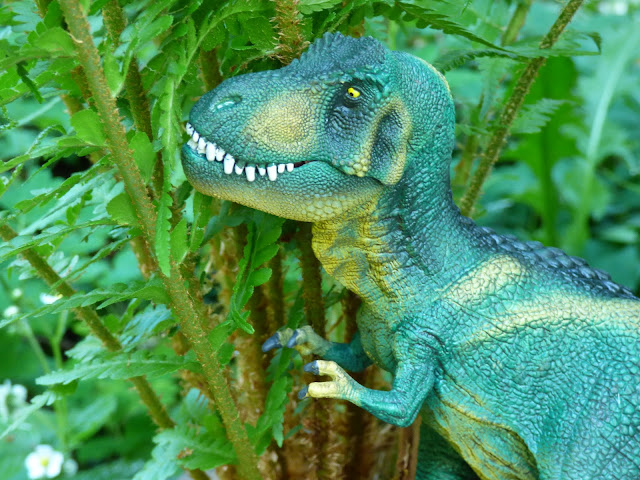 Tyrannosaurus Rex (£15.99) is a giant among the other Schleich toys.

T-Rex, a 13-metres-long two-legged predator, must have been a truly terrifying sight, with its massive skull and 15-20-cm long teeth.
Its short front legs with claws were almost useless, as they could not even reach its mouth.

Schleich toys are well known for their attention to detail. Just look at those menacing eyes, and over fifty teeth, which T-Rex used for tearing the meat rather than chewing.
The toy has a movable jaw. 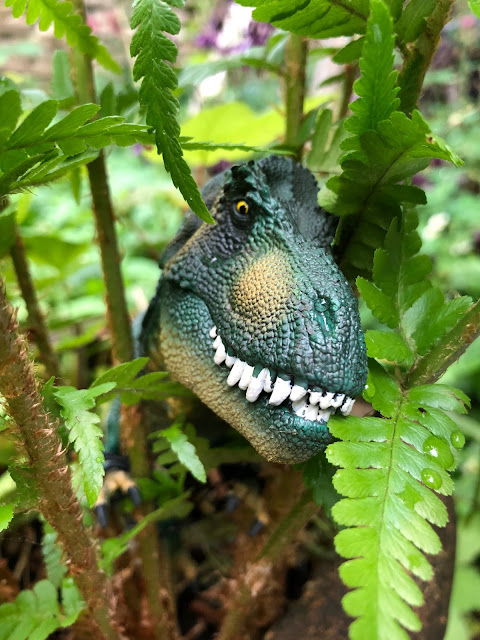 The intricate paintwork is high quality, with detailed textural effects. 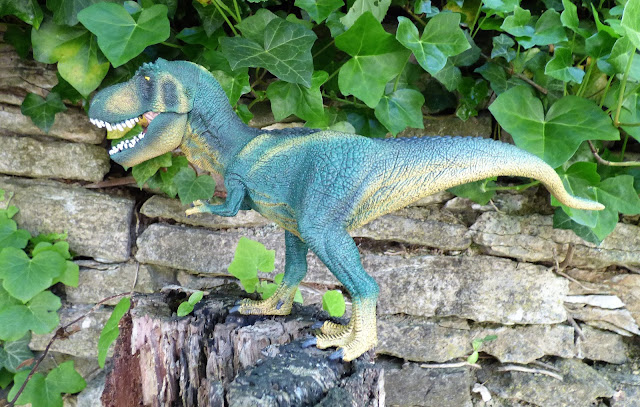 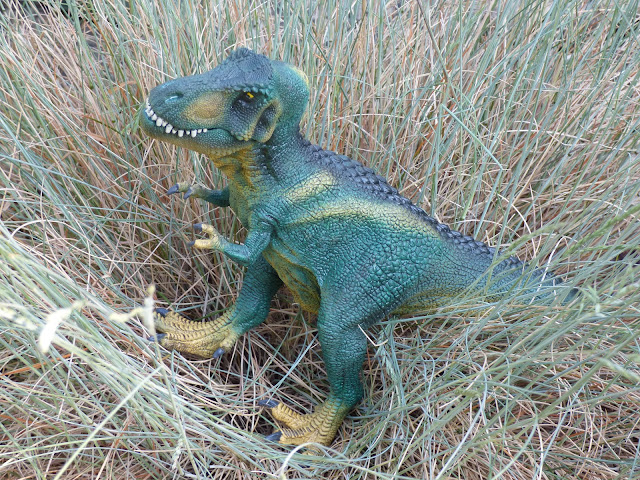 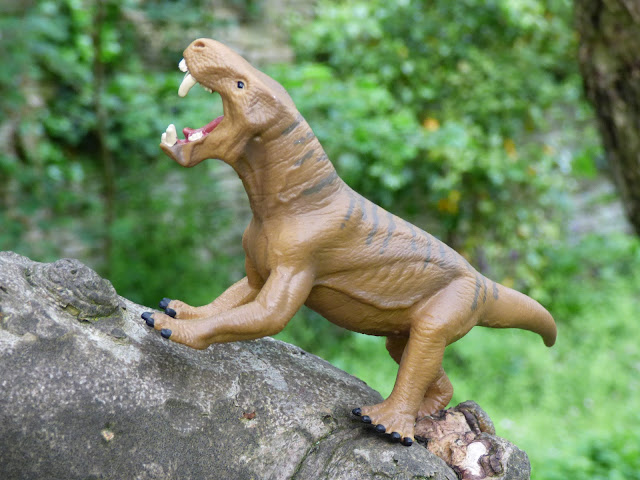 The Dinogorgon (£7.99) lived over 250 million years ago where South Africa and Tansania now lie. It was a little carnivore with powerful jaws and a small but thick skull.
It got its lovely name after the Gorgons, the terrifying creatures of the Greek mythology. 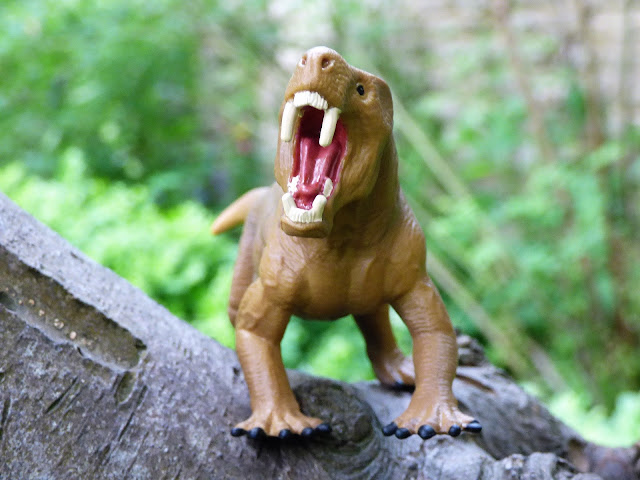 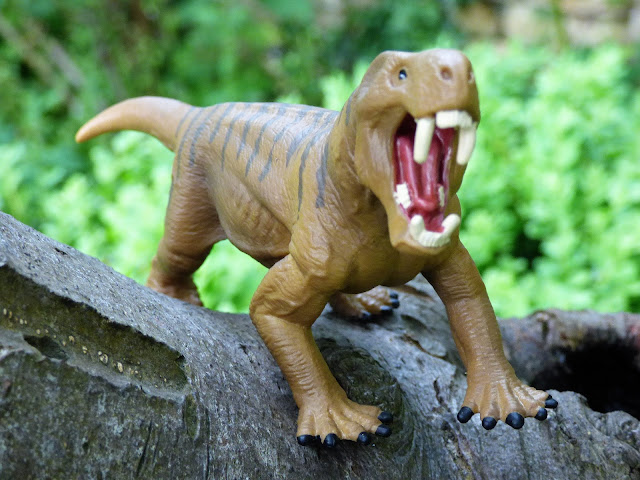 The Psittacosaurus (£7.99) was a small, lightweight dinosaur that lived over 100 million years ago. 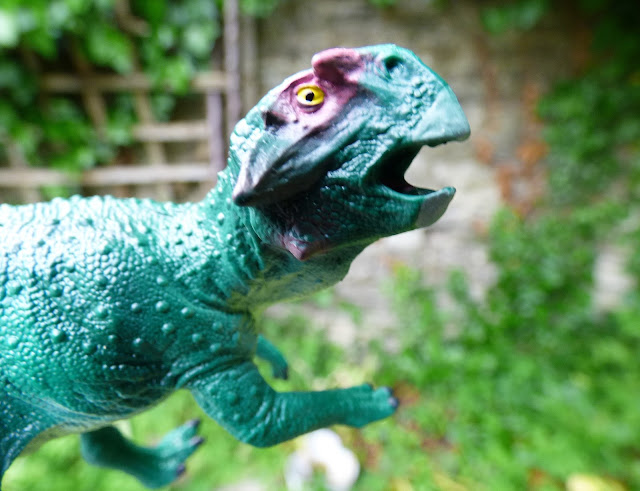 It had a distinct, unique appearance with its parrot-like beak. The beak was handy for cracking fruit and seeds. But don't mistake him for a vegetarian, it was a carnivore. 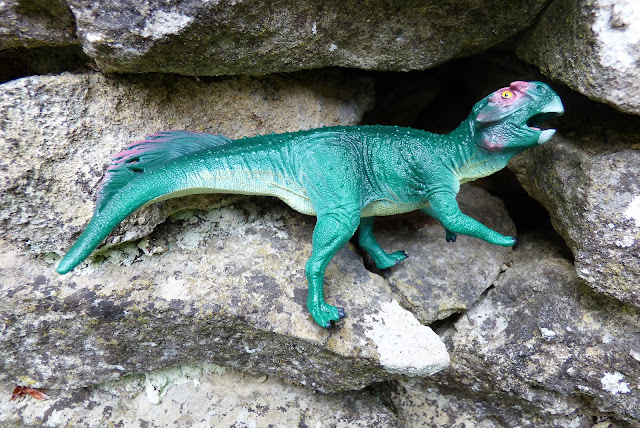 Its long tail was decorated with long thin spines like porcupine's. Its skin was covered with dots and stripes. 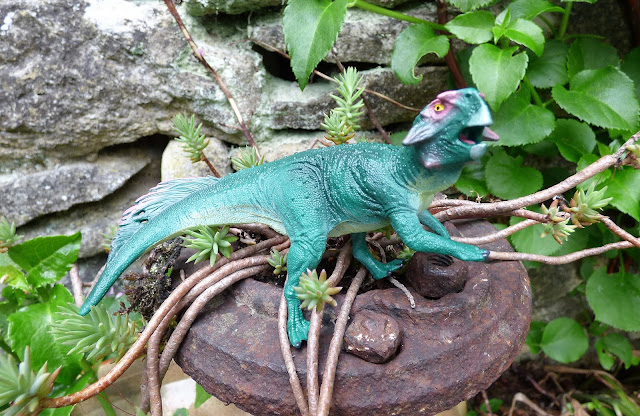 These new dinosaurs from Schleich will make an excellent addition to any dinosaur figurine collection.

For the full range of prehistoric animals, visit Schleich Toys.

Disclosure: We received new Schleich toys for the purposes of reviewing. All opinions are our own.
Posted by Galina Varese at 20:24:00