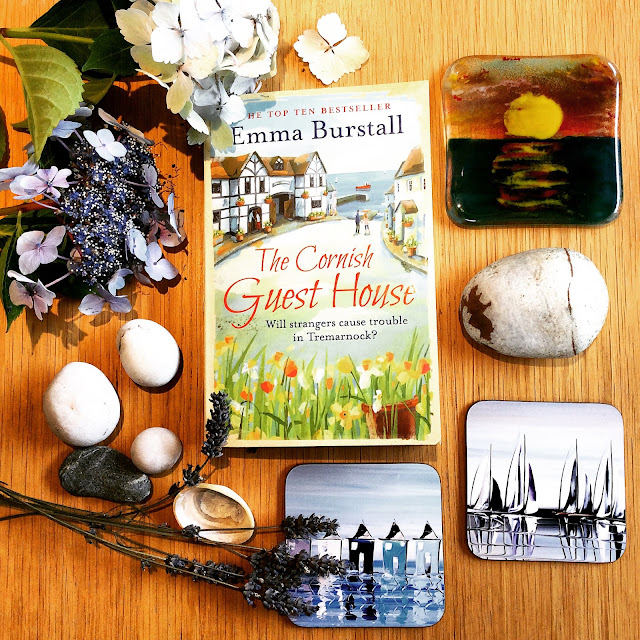 Give me a book set in Cornwall, with a cover showing a quaint cottage and a seaview, and I will buy it.
The Cornish Guest House by Emma Burstall was one of those impulse purchases before our trip to Cornwall, to take with me for a rainy day entertainment.
We had rainy days aplenty, I finished one of my paperbacks and then started reading this one.
On arrival home, I left it in the suitcase and couldn't find enthusiasm to continue with it.
The first third of the book is uneventful and over-populated. I don't mind books with lots of characters, but I don't expect to meet every single person who lives in the village. And what they are wearing.

Several finished books later, I decided to get back to the Cornish Guest House, simply because I dislike not finishing books.

The genre is a mix of chick lit and mystery (no murders, but fraud). There is a mysterious couple arriving to the small fishing village to open their guest house. They look glamorous, sophisticated and rather alien among the villagers.
While Luke is a charmer and a bit of a backslapper, his wife Tabitha appears rude, aloof and distant, and manages to alienate about almost everyone in the village.
They both sound quite unpleasant, though the yokels are much taken by Luke's bonhomie.
There is a gay couple, an ageing local Lothario, a wise old woman... There is always a wise old woman whom you cannot deceive, isn't there?!

You meet Liz and her daughter Rosie, who appear in the first book of the series. She is happily married now, and is helping all the old biddies in the village and also her husband's wayward niece Loveday who is flattered by attentions of the older man. She appears as very immature and rather stupid, also pretty unlikeable.

And the mystery evolves around the money scams, with the old people being fleeced of their life savings.

There are lots of villagers, who you lost count of and don't actually care anything about. They lose dogs, they do swims in the cold sea, organise church events etc.
The most excitement of the season is the local art show, where someone displayed a picture of his elderly girlfriend's private parts, slightly disguised as flower petals. Which sounds very much like a Georgia O'Keefe's plagiarism.

The plot is rather predictable, you know who the villain is going to be very early in the book.
Without going into detail, for all the close-knit-community spirit, I found it hard to believe that the villagers would be so easily duped and would turn against one of their own, trusting the word of the newcomer who seems to be like Figaro - Figaro qua, Figaro là, Fiagaro su, Figaro giù - here, there, up and down.

I didn't realise that this was book no.2 in the series when I bought it. It didn't matter, as it reads as a standalone.
I've seen mixed reviews online, where many readers mentioned that the first book was better. I can't really say if that's true, as I haven't read it, and most likely won't read. 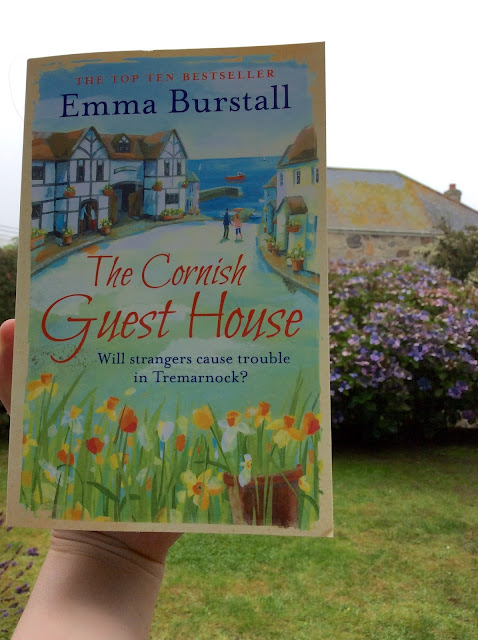