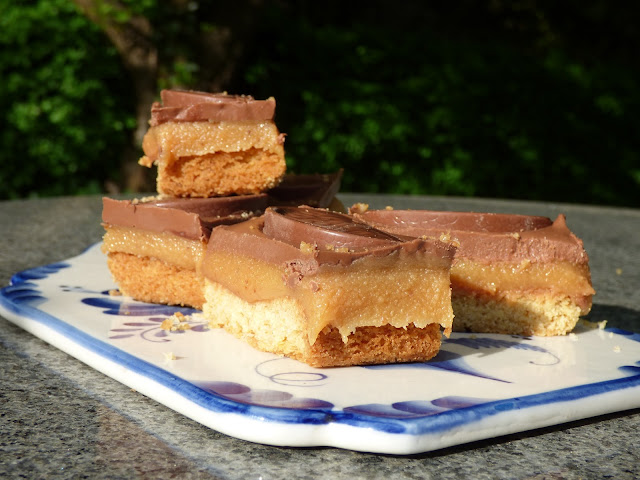 Since we got a new oven delivered and installed last Saturday, I've been busy catching up on my baking. My old oven died of old age, it was not new when we moved to our house over 8 years ago, and in the last years had no light inside; every time I turned the fan on, it would make rumbling sounds like a mini tractor. It had a good life though, and was much used, baking winning cakes as well as some disasters. My latest oven is Neff, let's hope the famous German quality proves to be not just the stuff of myths.
Just today I baked shortbread for Millionaire's Shortbread recipe with Terry's Chocolate Orange. Terry's Chocolate Orange PR have got in touch with me, asking if I'd like to try one of their recipes on the run to the Father's Day.
Since all my three men have a sweet tooth, I knew it would be appreciated.
If you fancy making this lovely treat for Father's Day, here is the recipe, courtesy of Terry's Chocolate Orange. It's perfect for the whole family. My older son loved it.
So, first comes the recipe, then my thoughts on it. 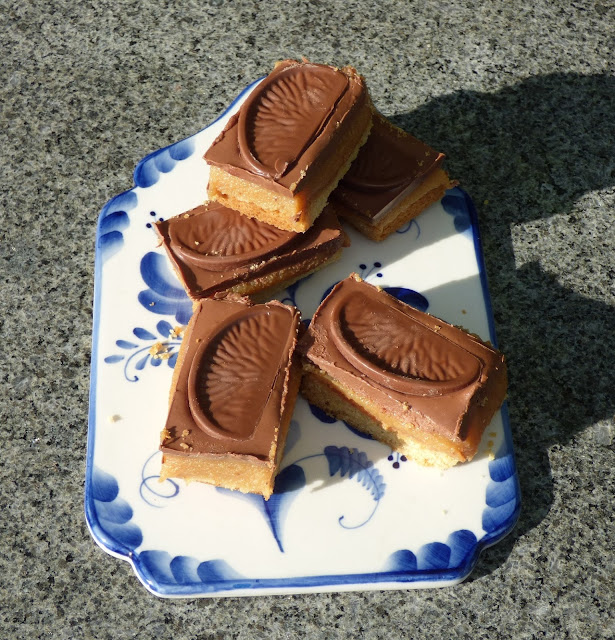 Preheat the oven to 180C/160 fan and line a 20x20 brownie tin. In the bowl of a food processor, add the butter and plain flour. Blitz until the mixture resembles breadcrumbs and then add in the sugar and orange zest and blitz again to combine. Take the mixture out and work with your hands to form a ball of dough. Push the dough into the base of the lined tin until it is flat and even and bake for 25 minutes or until golden brown.
Meanwhile, prepare the caramel. In  a large non-stick frying pan, heat the condensed milk, golden syrup, butter and sugar until the butter has melted and the mixture begins to boil. Stir constantly to keep it from burning. Turn the mixture down to a simmer and cook for 5-10 minutes or until the colour starts to become golden brown. Remove from the heat and transfer to a heatproof bowl to cool and thicken slightly.
Once the shortbread is cooked, allow to cool for 10 minutes and pour the cooled caramel over the top. Allow to cool and then chill for 10 minutes while you melt the chocolate.
Bring a small pan of water to boil and place a heatproof bowl over the top making sure that the water does not touch the bowl directly. Break up the chocolate oranges into segments, reserving half of one for decoration and tip the rest into the bowl. Turn the heat down immediately to a gentle simmer and allow chocolate to gradually melt. stirring occasionally.
Once the chocolate has melted, remove the shortbread from the fridge and pour over the chocolate, making sure to spread it into the corners.
Use the remaining chocolate segments to decorate the top and then chill until firm.
Once the chocolate is set and you are ready to serve, slice into squares. 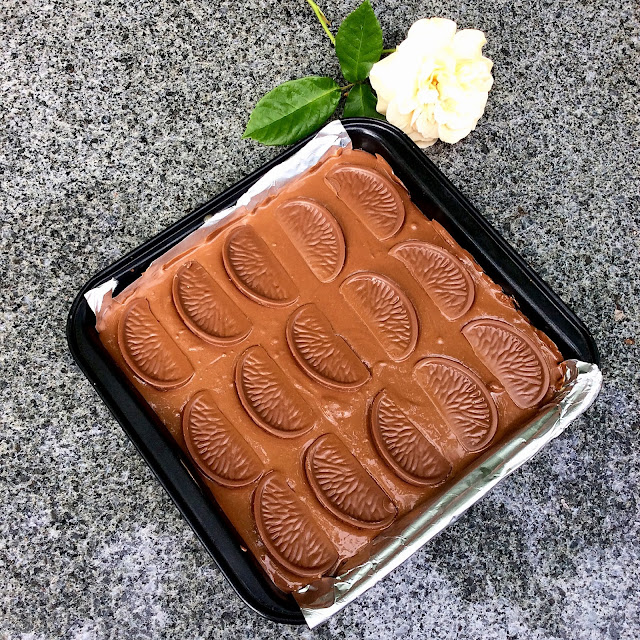 I followed the recipe precisely, and thought that there was too much of caramel sauce. It was a very thick layer of caramel, which is still quite soft, even after a few hours in the fridge. The chocolate has set well. Next time I'm making this recipe, I'll halve the amount of caramel.
You don't really need a food processor to make shortbread, hands are just fine for making crumbs.
I had to re-do the chocolate layer, as my first attempt at making the chocolate sauce produced a curdled chocolate. I have mixed cooking milk chocolate and one chocolate orange, and then the sauce turned glossy and easy to spread.

I liked the addition of orange slices, I think it's an inspired twist on a classic recipe.

My slices were all different sizes. I don't need Cherish from Creme de la Creme with her ruler to tell me that. I suspect she would run away in shock horror.

Will you be baking any sweet treats to celebrate the Father's Day? 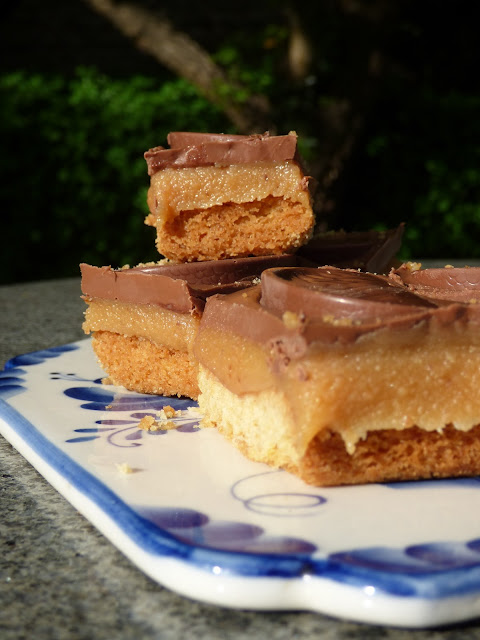 Disclosure: I received several chocolate oranges for the purposes of testing the recipe. All opinions are our own.
Posted by Galina Varese at 21:42:00