My most popular recipe posts of 2013

I know it is a self-indulgent post but I need a bit of cheering up, being poorly since after Christmas. I have seen other bloggers doing similar lists and decided to be a copycat and talk about my most viewed and read posts of the past year.
Pancakes for Findus appeared in January. It was part-book review, part-recipe post, and has been my top post of 2013 (discounting all giveaway posts which always bring the bigger numbers of views). We still enjoy this book as well as the other books in the Findus & Pettson series. And we love pancakes. 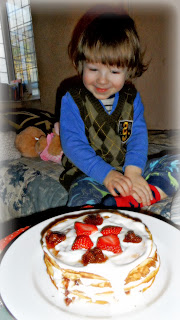 No. 2: Golubtsy: the ultimate comfort food from Russia was also posted in January, and attracted a good amount of visitors. I wonder if people google for comfort food, when stumbling upon my post? 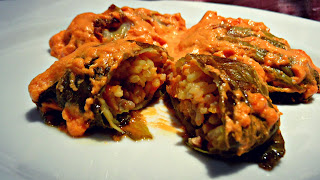 No.3 Yet another Russian recipe post, Salad Olivier and the ghosts of the past New Year's eves, proved to be popular throughout the year, and had another boost of visitors in the past week. Could it be the Russian expats looking for the recipe of the salad they used to love? 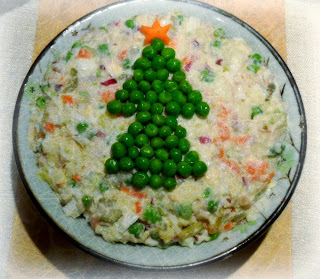 No.4 Orange polenta cake is one of our firm favourites. It is such a tasty cake that I am not surprised to see it in my top ten recipes of the year. I have baked it many times in the last year, using ordinary oranges, but now that I have a stash of blood oranges from Abel & Cole, I think I might bake this cake as blogged a year ago. 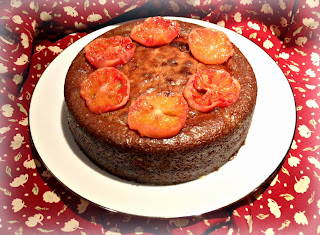 No.5 Never underestimate the power of the little piggy! Peppa Pig Muddy Puddle Cupcakes review post is in the 5th most read position. It wasn't the most exciting review or the tastiest dish, but Peppa Pig's appeal that propelled it into top 10. 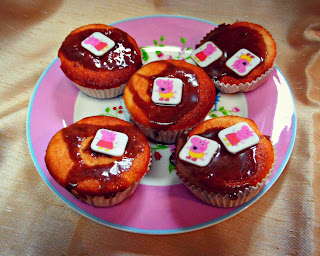 No.6 For being posted in June 2013 White Witch Cake, did pretty well to get to position no.6. It was just a few views below Peppa Pig cupcakes. Quite an elaborate cake for me. I do prefer to make something quick and simple, and don't often go for the icing and intricate decorations. I am actually pretty proud of my cake, as I think it was rather unusual. 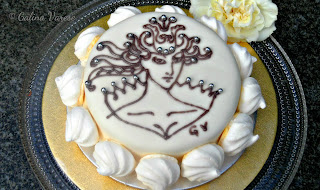 No.7 Lemon polenta gluten-free muffins, yet another polenta recipe that proved popular. 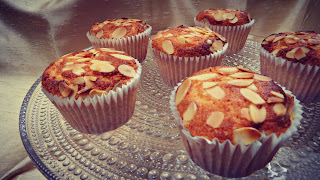 No.8 Pirozhki with potatoes and wild mushrooms, that was the third Russian recipe, and most probably my personal favourite of the year. Having appeared in October, it had a lot of comments, and did really well to get into top ten. 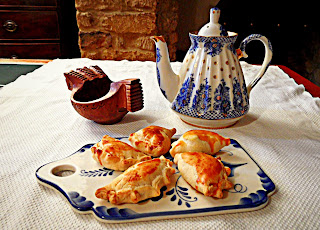 No.9 Apple Welsh cakes: this simple recipe from Cogges Manor Farm is easy and perfect for when you want to make something quickly. 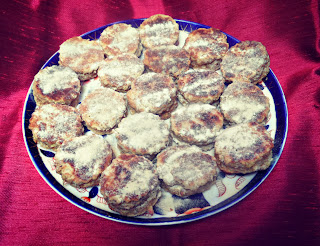 No.10 Cupcakes for Lara: Coconut Cupcakes with blueberry curd was a semi-confessional post, and quite emotional for me for that reason. 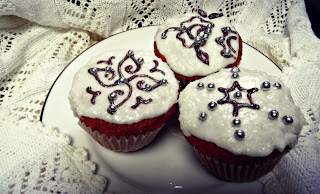 Seven of my top ten posts talk about desserts, and three savoury ones are the Russian recipes. I wonder if that's something I should be writing more about? What do you think?
Posted by Galina Varese at 16:52:00

Email ThisBlogThis!Share to TwitterShare to FacebookShare to Pinterest
Labels: food and drink, recipe