If you are a Club Penguin fan and member, I'm sure you were anticipating the launch of a new magazine with great enthusiasm. 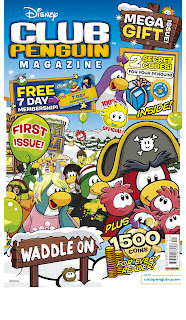 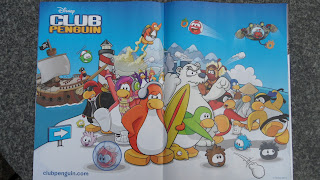 The magazine is very colourful, and the 1st issue comes with several free gifts including a free 7 day membership and two codes for two exclusive items. It looks like each issue will have similar free gifts of free membership and codes that you redeem online to receive free gifts.

The magazine costs £2.99, which is an average price for a children's magazine.

You receive 1500 bonus gold coins for solving the puzzles and missions in the magazine. There are free posters, comic strips and exclusive competitions - everything that you would expect from a chidren's magazine. 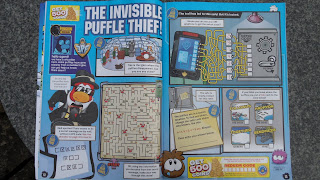 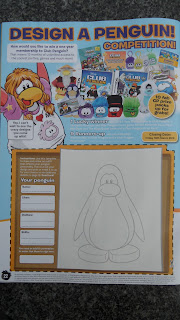 All in all, a lovely addition to the Club Penguin scheme, and a bonus for all Club Penguin fans.
Sasha liked the magazine, but he is as elusive as the Scarlet Pimpernel recently every time I try to take his photo, so I wasn't able to do a snap of him perusing the Club Penguin magazine. But as he is interested in it, we'll be certainly buying it in the future.
Posted by Galina Varese at 16:39:00