It's a funny mix of Halloween and Christmas in the shops. We are so not ready for either of these events. I looked at the mince pies in Waitrose today, but decided it's still too early to indulge.

Eddie is my shopping companion, whether he likes it or not. Like many men, he gets bored with grocery shopping, and tries to amuse himself when he has a chance, like sitting among the toiler paper rolls. I told him that at £6.70, he is a real bargain. 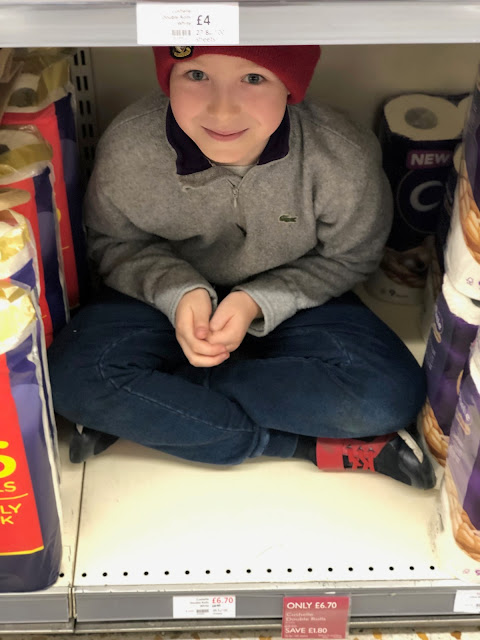 On Monday I walked to Sainsbury's to get more trading cards for Eddie, but the promotion  has ended, drat.
More pics of St Mary's church, from a different angle, on the way to Sainsbury's. 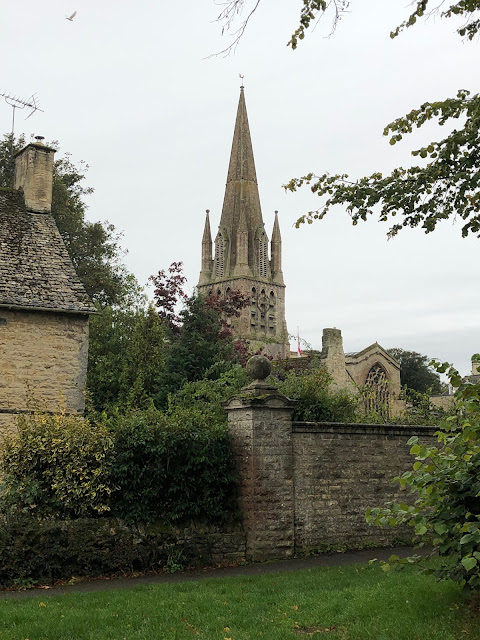 Tuesday started like a shit difficult day. As of last week, Sash's meds have been increased, and he's not coping with that. If anything, his anxiety has gone up, not down, and since I'm the one who administers his meds, I'm the current point of annoyance for him.
I find it hard to see him so stressed, my poor boy.
I was on the verge of tears that morning, and after taking Eddie to school, decided I need just a mindless half an hour for myself, and went to one of the local cafes for a cup of latte and playing games on my iPhone and checking social media. 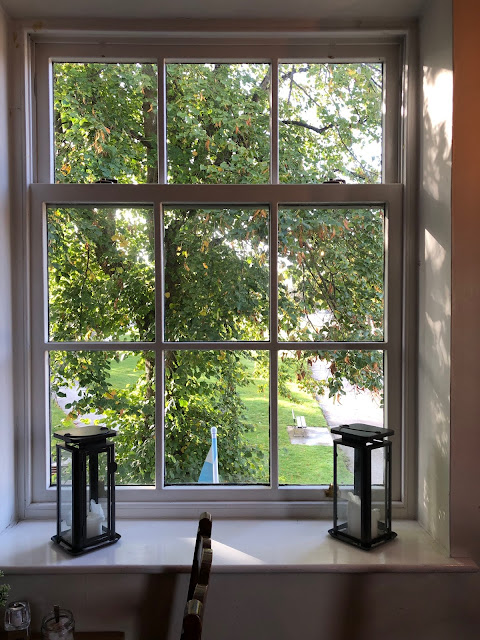 On the way home from school, it was raining, with bursts of sunshine, and we saw a rainbow.
I looked up at it, and made a wish for a calmer week for us all.
This is the second photo from Tuesday, but as I realised I don't have any photos for Thursday, I'm adding this one to the seven-pics round of the week. 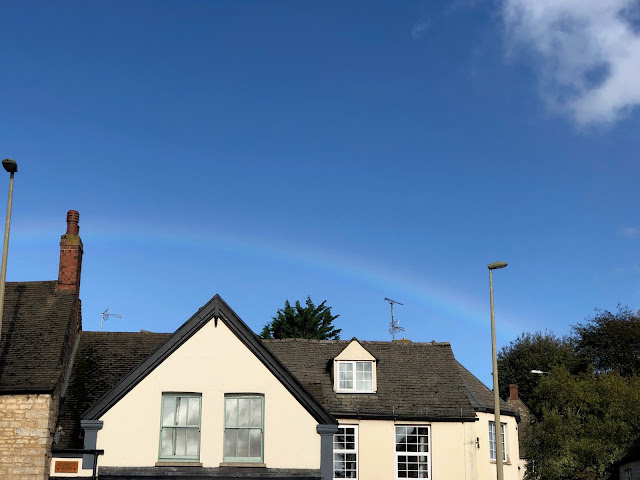 Having popped into the local Oxfam, I've spotted this vintage embroidered matchbox. Fancy that, embroidering matchboxes?! 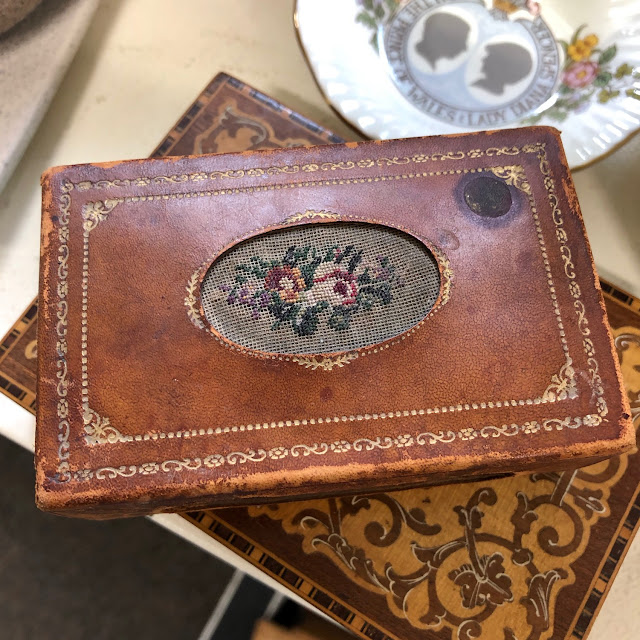 Playing with my iPhone camera settings, this is a portrait stage setting, with a dramatic black background. Pretty good to hide a messy sofa, with one million cushions. 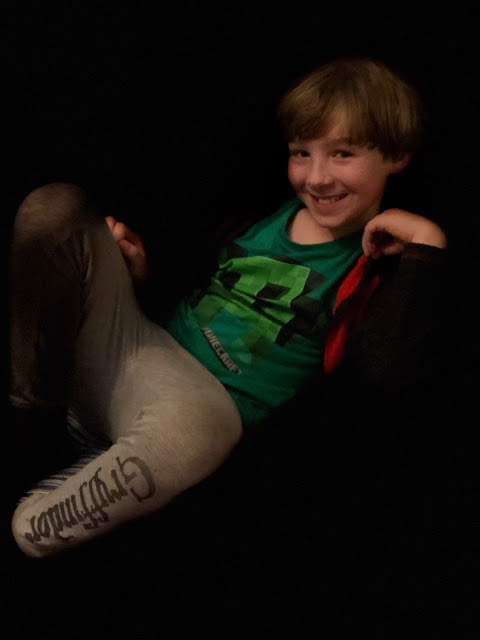 I guess you're never too old to go to the playground. It was raining earlier today, and the playground was wet, but we just had to stop by for 10 minutes on the way home from grocery shopping. 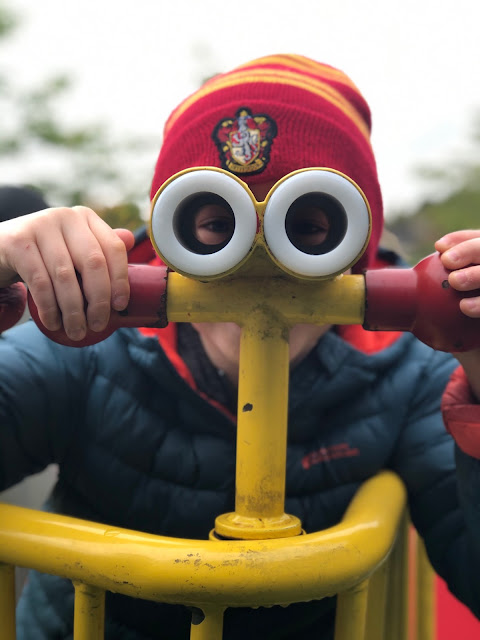 You are invited to the Inlinkz link party!
Click here to enter
Posted by Galina Varese at 18:11:00