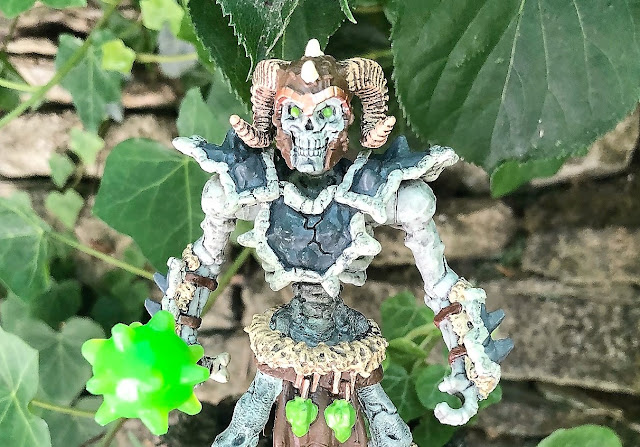 Isn't it always exciting when one of your favourite brands expands its range?! Schleich is releasing a selection of new products as part of its Eldrador Creatures range.
Schleich is well known and much admired for its realistic animal figurines as well as stupendous fantasy creations.
The fantasy line Eldrador is represented by four magical worlds - lava, ice, stone and water, and each of the worlds is populated with fantastic creatures.
Dragons and knights of Eldrador will now have a chance to fight some other mythical creatures and monsters.

This range will appeal to older children, as well as grown-ups who collect fantasy figurines (fans of the Game of Thrones series or Fantastical Beasts aged up to 100). What will you choose - a Lava golem, Hellhound, Frost Monster, Fire Lion, Monster Kraken, Ice Monster or some other villainous being? 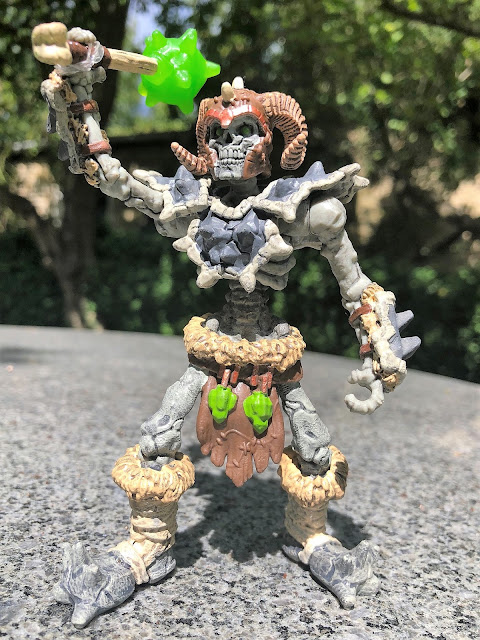 We received a Stone Skeleton with weapon (£13.99) who is one of the Stone worlds' inhabitants. 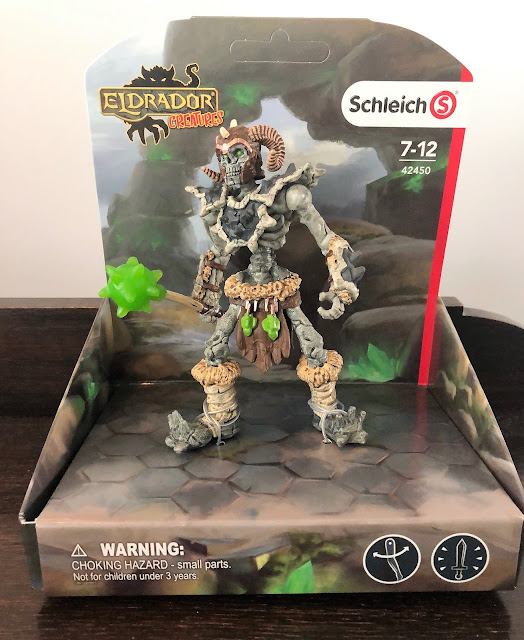 In its past life he was an extremely strong warrior, and now he is going into battles as a ferocious stone skeleton.
The green crystals have brought him back to life, they are a source of energy and a mighty weapon.
The legend goes that he can turn you into a stone, using his green crystals, but he also could breathe life into the other stones and create his own army, now how cool is that?! 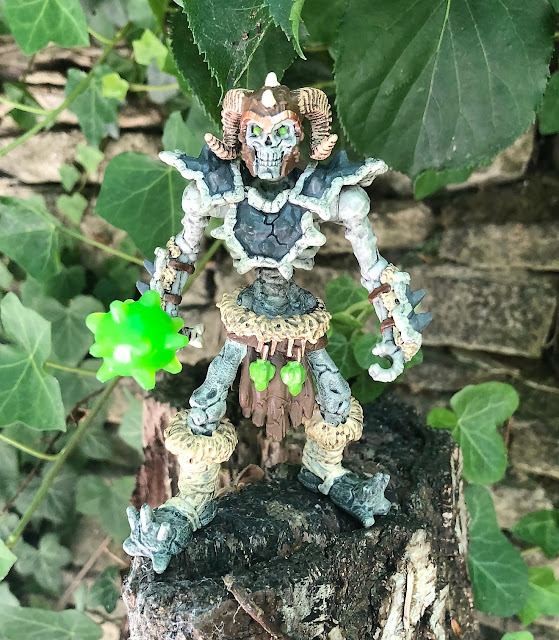 He wears a horned helmet and spiky armour.
Schleich minifigures are always hand-painted with great precision and attention to detail. The modelling quality is outstanding. 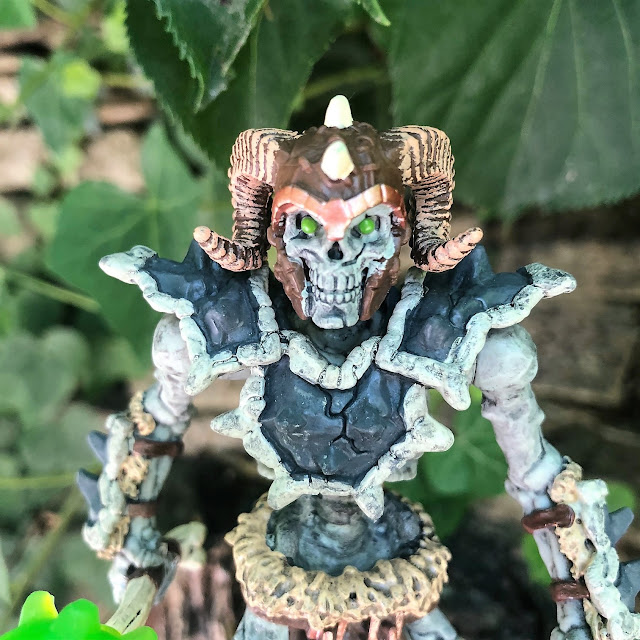 The skeleton's arms are movable, and you can swap weapons. 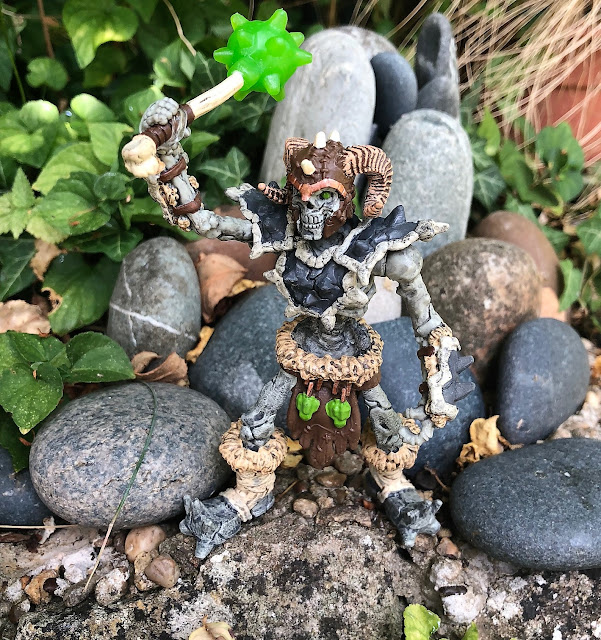 There are 12 new dangerous-looking monsters added to the Eldrador range. My personal favourite is the Cave bear, which I am going to buy for myself my son, when we visit the toy shop next time.

Are you a fan of Schleich Eldrador? 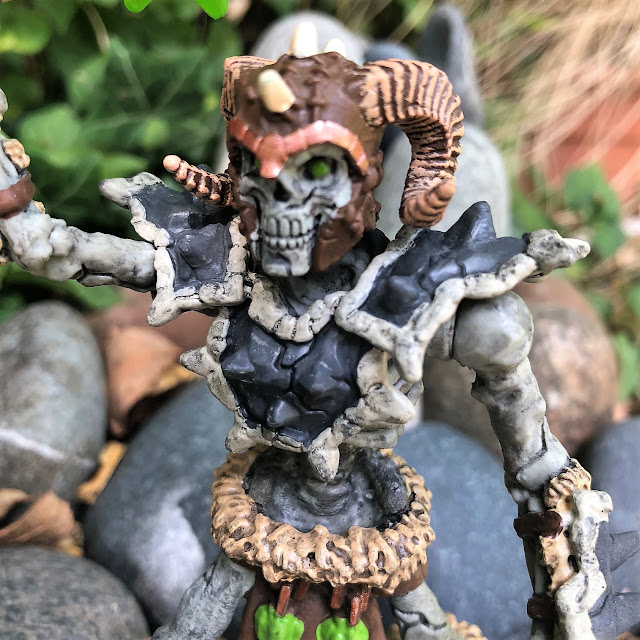 Disclosure: We received the minifigure for the purposes of reviewing. All opinions are our own.
Posted by Galina Varese at 18:59:00